Hyundai World Rally Championship driver Oliver Solberg believes fumes coming into the cockpit contributed to him losing concentration and running off the road at the Monte Carlo Rally.

The WRC rookie competing in his first outing as a full Hyundai factory driver has been battling a fuel fume issue with his new Rally1 i20 N that first emerged on Friday.

Solberg revealed that exhaust fumes entering the cockpit left him feeling dizzy and with pains in his chest, but has continued to fight on.

Hyundai deputy team director Julien Moncet confirmed to Autosport on Friday night that the problem was isolated to just Solberg’s car, and it would be investigated and a fix sought.

However, on Saturday morning Solberg reported that fumes were still coming into the cockpit on the first stage of the loop.

On the next test Solberg and co-driver Elliott Edmondson ran off the road. Solberg believes the fume issue contributed to him losing concentration and misjudging a right hander.

As a result, the i20 N ran down the bank but luckily the crew escaped unhurt with only cosmetic damage to the front of the car.

“We are very lucky to be back and I'm very happy,” said Solberg on social media after reaching the tyre fitting zone.

“It has been a very tough day. We had a lot of gas fumes in the car and a lot of fuel so it’s been very difficult and I lost concentration basically, and I went off the road.

“I’m back on the road now and the car is fine, just some cosmetic damage and we will keep going.”

A group of spectators were able to push Solberg’s car back on the road allowing him to complete the final two stages of the day and reach the tyre fitting zone. 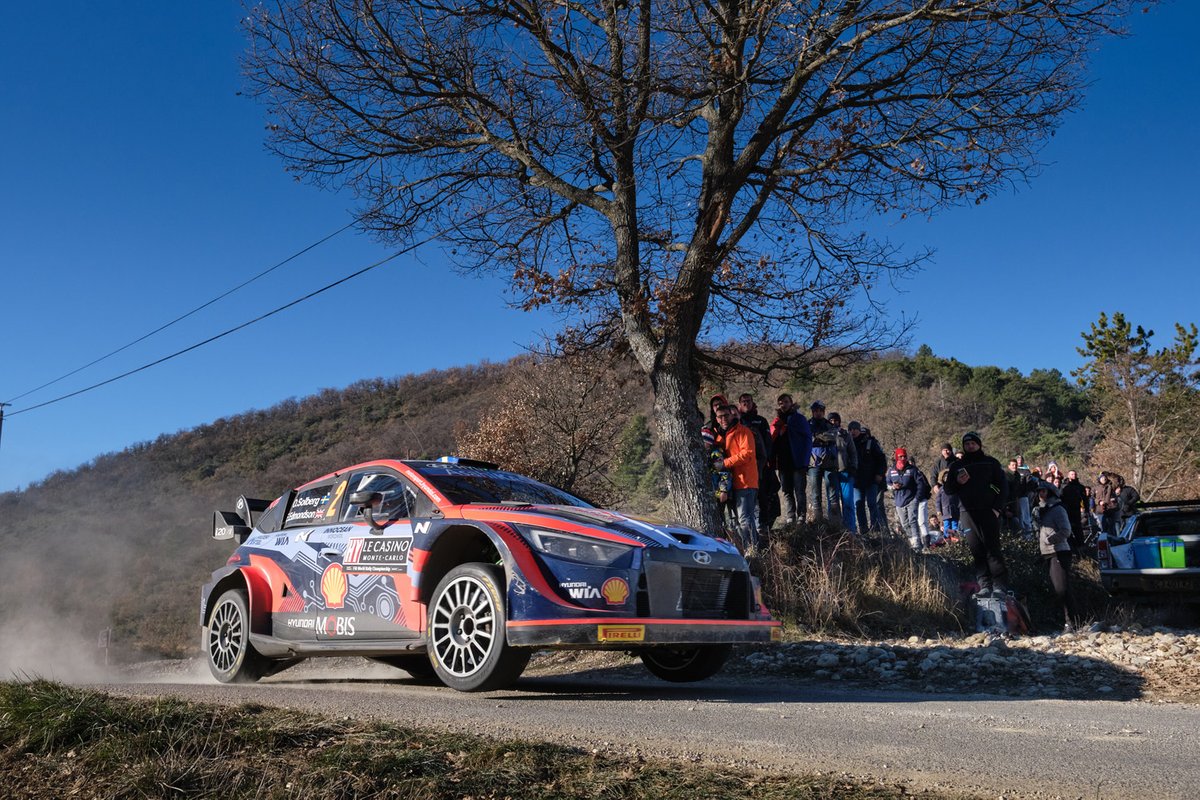 "On Oliver’s car we have some fumes coming from the exhaust system which are disturbing Oliver and Elliott, it’s causing them to loose focus and also it’s affecting their eyes," read a statement from Moncet on Saturday afternoon.

"Unfortunately this loss of concentration made him do a small mistake and go off the road. Thankfully spectators pushed the car back on the road and he could finish the stage. He did the tyre fitting zone now and he will continue this afternoon."

Hyundai’s 2022 season opener has proved difficult thus far as the team battles hybrid and handling issues with its i20 N. The outright pace had been improving across Friday’s stages, but both Ott Tanak and Thierry Neuville encountered issues on Saturday.

Neuville suffered a mechanical problem that has left him only able to drive at 75%, while Tanak has been forced to retire. The 2019 champion suffered two punctures before an impact to the front of his car after sliding into a bank on the snow in stage 11.

Without a midday service as per the Monte Carlo Rally format, Tanak has been unable to repair the car and Neuville will have to battle on until this evening’s return to the service park.