Heavy snow brought M-Sport's test in preparation for Rally Mexico to an early end this week, with World Rally champion Sebastien Ogier only completing half of his intended running

The Ford Fiesta squad was running in Almeria in southern Spain when storms arrived, halting the test two days ahead of schedule.

Elfyn Evans completed his running without any interruption, but Ogier's second day was hit by snow and the team's third driver Teemu Suninen also lost his single day to the weather.

"The important thing for the guys was to get some running time on gravel after the different conditions in Monte Carlo and Sweden," M-Sport's deputy team principal Rich Millener told Autosport. 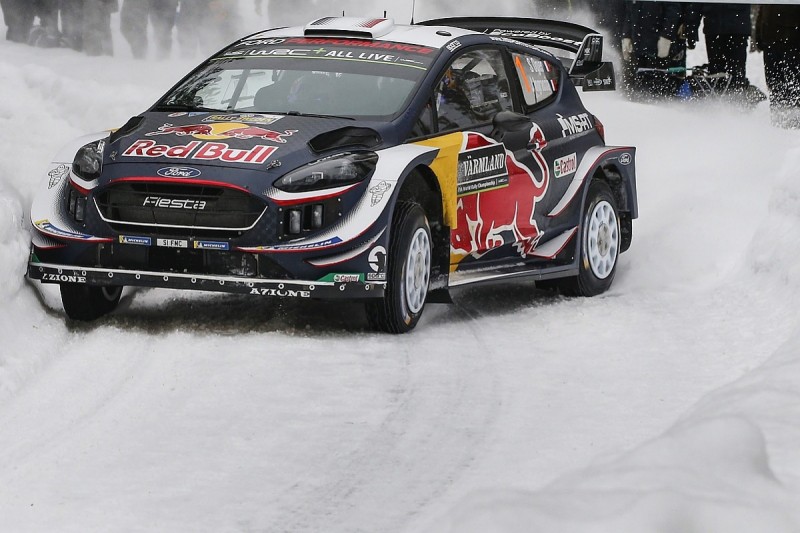 "OK, it's tough for Teemu that he didn't get his test, but Elfyn and Seb have had some time in the car.

"Let's be honest, the absolute relevance of this test is debatable - in Mexico we're going to be running in 30C-plus at very high altitude and in Spain last week, while we got some altitude, the temperatures were mid-teens at best."

Evans, who lost his pre-Rally Finland test last year but went on to finish second, was happy with his running time in the car.

"The conditions were pretty good for us," he said.

"Either end of the day it was a bit cooler, but we managed to get some running on the hard [compound] tyre - it wasn't ideal for that, but at least we got a feel for it."