Sebastien Ogier claimed victory on his M-Sport debut in the Monte Carlo Rally, but late drama for Ott Tanak cost the team a one-two and handed the new Toyota second

Ogier had been as low as ninth after an early mistake but fought back to second before being gifted the lead when the dominant Thierry Neuville broke his Hyundai's suspension on Saturday afternoon.

That put M-Sport's Ford on course for first and second, before Tanak's car developed an engine problem on the final morning.

He managed to keep the car going, but had to limp through the last two stages - which would have been three but for SS16 being cancelled for safety reasons - at a slow pace and just held onto third after a heroic drive over the Col de Turini on the last stage.

Toyota therefore ended up second - with Jari-Matti Latvala taking the spot - on its first top-class World Rally Championship appearance since 1999. Its last podium came at the penultimate round in Australia in 1999 with Carlos Sainz.

Juho Hanninen had put the new Yaris in third on the opening night and remained in podium contention until a mistake on Friday broke the car's suspension.

His team-mate Latvala got more comfortable through the rally after a slow start and a few early technical gremlins in his first appearance for Toyota after Volkswagen's World Rally Championship exit, and advanced to second as others hit trouble. 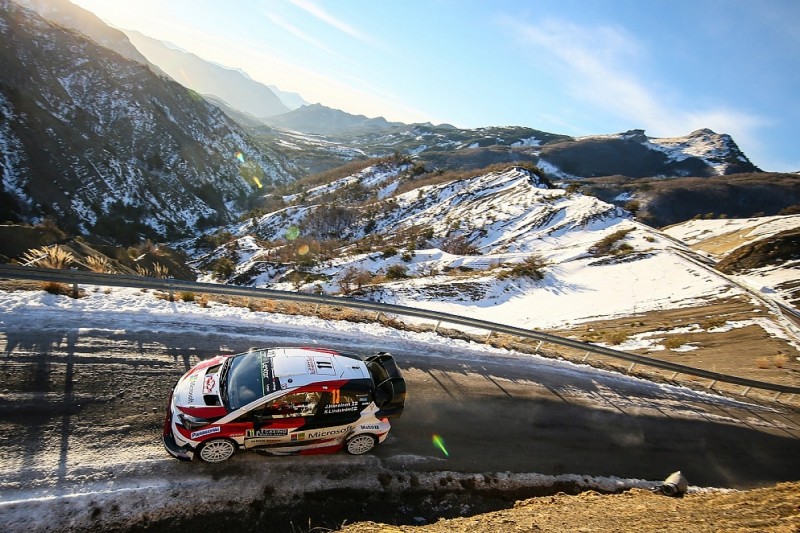 The attrition allowed one of the previous-generation World Rally Cars into the top five, Craig Breen's 2016 Citroen finishing within 12 seconds of Dani Sordo's fourth-placed Hyundai.

Sordo had struggled on the more icy stages and also had power steering trouble on Saturday.

Breen was the only works Citroen driver to have a smooth weekend.

Team leader Kris Meeke was in the podium hunt before crashing on Friday, then spent half an hour parked with an ignition problem on Saturday after returning under Rally2.

His weekend ultimately ended when another car crashed into him on the road section back to Monaco on Saturday night.

Stephane Lefebvre's car hit transmission trouble on the first night, but he at least made it back into ninth overall running under Rally2 and took a fastest stage time on Sunday morning.

Rally2 returnees ended up dominating the powerstage scorers, benefiting from crossing the Col before the snow level increased.

Neuville had the consolation of the increased five point bonus for the fastest time there, ahead of Lefebvre and Hanninen.

Elfyn Evans spent Friday running among the WRC2 cars as the DMACK tyres struggled for grip on the ice.

But as conditions improved, the rubber came alive and three stage wins on Saturday allowed him back through to an eventual sixth place. 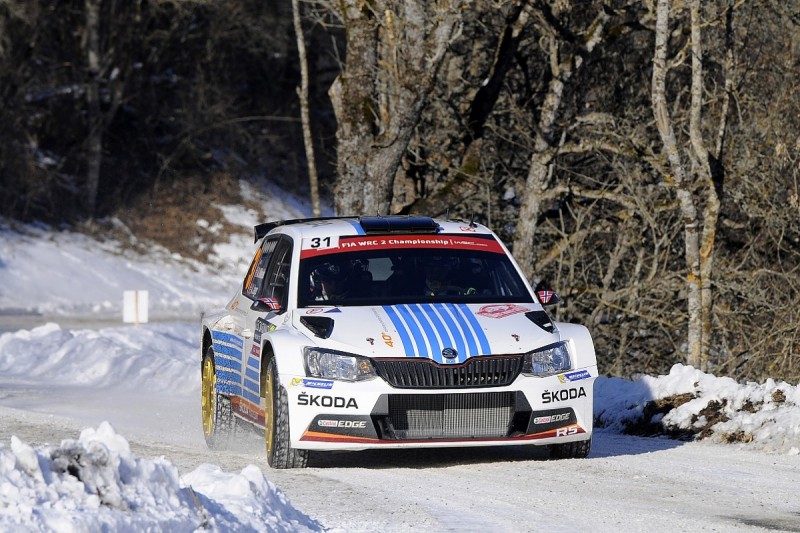 Having been left with a World Rally Car drive after VW's pullout, Andreas Mikkelsen - winner of 2016's WRC finale in Australia - made the most of stepping back to the WRC2 ranks with Skoda by dominating the class.

He finished seventh overall and had a class-winning margin of three and a half minutes.

The start of the WRC's new era was overshadowed by the death of a spectator on the first stage on Thursday night in an accident involving Hayden Paddon's Hyundai.

Crowd safety concerns later led to a late start to Saturday morning's action plus the cancellation of the final day's penultimate stage.