The reigning World Rally champion slid off the road on a right-hand hairpin on the morning's opening stage, dropping 40 seconds to rally leader Thierry Neuville.

Ogier, who recovered from ninth to third over the following two stages, admitted he was struggling with the handbrake on the Fiesta.

"We got stuck in a ditch very close to the start," he said.

"It was a bit of a silly mistake. We arrived very cautiously and very slowly, but I didn't manage to make the car turn when I took the handbrake.

"I wanted to rotate the car, but it produced the opposite effect.

"I don't understand the behaviour of the car in the hairpin.

"I have no confidence in the car in this section and every hairpin I lose time because I can't make the car turn and be progressive like I want.

"This is something we have to work to understand.

"At the moment, we're still on the podium, so it's not so bad from that side." 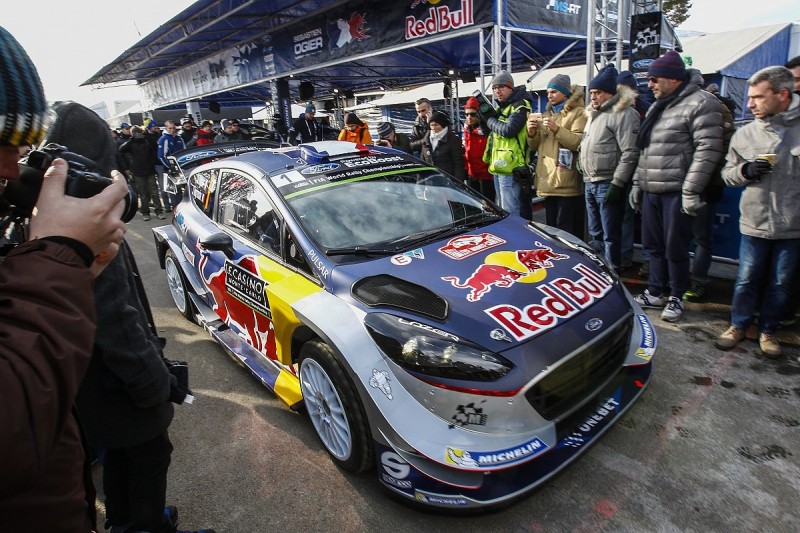 Ogier has only tested the M-Sport car for two days and not in the kind of ice and snow conditions experienced on the roads north of Gap on Friday.

"We've done some new centre differential settings for him and we've softened the anti-roll bar - we hope that'll give him what he's looking for," he said.

"He's just being sensible, but he's learning the car in very difficult conditions.

"Look at the pace on the dry sections, we're very happy with him."

Ogier returns to the stages just under a minute down on Neuville and 27s behind team-mate Ott Tanak in second.