M-Sport announced Ogier and Elfyn Evans as its frontline drivers on Tuesday.

Five-time WRC champion Ogier said he had known for some time that he wanted to remain with M-Sport and identified the strength of his relationship with team principal Malcolm Wilson as one of the key reasons for his decision.

"I couldn't talk about this officially but for some time now it's been clear in my mind that I want to stay with this team for next year," Ogier told Autosport.

"There was a lot talked about and a lot written about my decision and where I would go.

"I know some of this was about money, but I can tell you the choice was not made only on the money.

"I talked to the other teams and I had to be really convinced, not only on the money side; money can't buy a great boss and nobody has given me the sort of feeling that Malcolm has.

"I really feel that Malcolm fights so hard to keep me in the team. I enjoy working with him and the team so much. There's a lot of good feeling for this."

As well as scoring his fifth drivers' title this season, Ogier helped bring M-Sport its first manufacturers' crown in a decade and first without works Ford involvement. 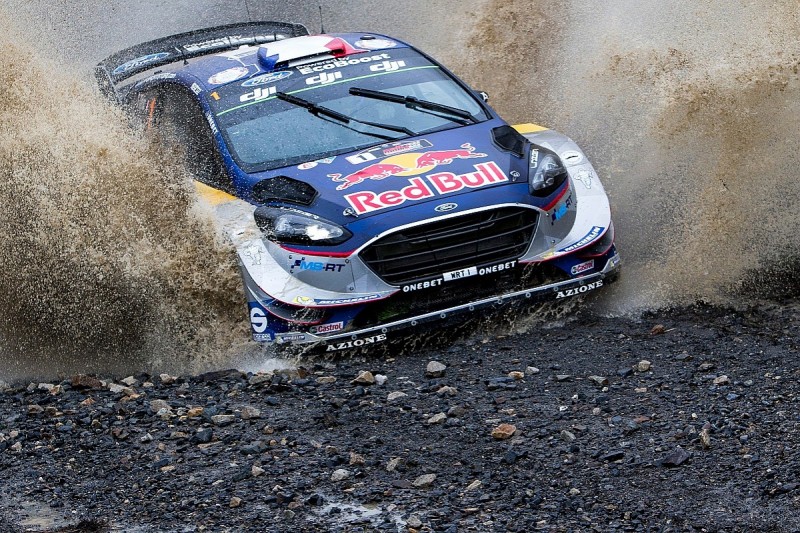 A further driver announcement about M-Sport's line-up beyond Ogier and Evans is expected either in December or during the 2018 WRC launch at Autosport International in January.

"It's a real weight off our mind to get Seb and Elfyn all sorted," Wilson said.

"We can now focus all of our attention to the car and the evolutions we've got planned for next season.

"This news is definitely worth waiting for. I'm over the moon that we've got Seb and Julien [Ingrassia, co-driver] with us again next year.

"The negotiations have taken a while, maybe even longer than last season, but we've put everything in order.

"Negotiating with Sebastien's a very straightforward process: he told us what he wanted and we had to find a way to get there."

Rally GB winner Evans's deal to rejoin the main M-Sport team means he will be competing on Michelin tyres in the WRC for the first time since 2015, having led the DMACK programme this season on his return to the top class.

"As you can imagine, I'm really pleased," said Evans.

"I can't speak highly enough of what the team has done in the last year and I definitely learned a lot from Seb, so I'm definitely looking forward to working with everyone again next year.

"At the same time, I'm also ready to take the next step.

"We've got that first victory under our belts now and good experience of most of the events. Honestly, I can't wait to get the season started."

He's staying. Did you really think he'd leave? Some did. I did. Then I didn't.

Thirty-three's no age to retire - Marcus Gronholm was one year younger than that when he got his first full season in the World Rally Championship.

If he wanted, Ogier could spend the next decade at the forefront of world rallying. For the record, I don't think he will. But success in rallying is built on experience and the five-time champ's certainly not short of that.

What made me think he might go? Well, it's the same thing that convinced me he would stay. His competitiveness. 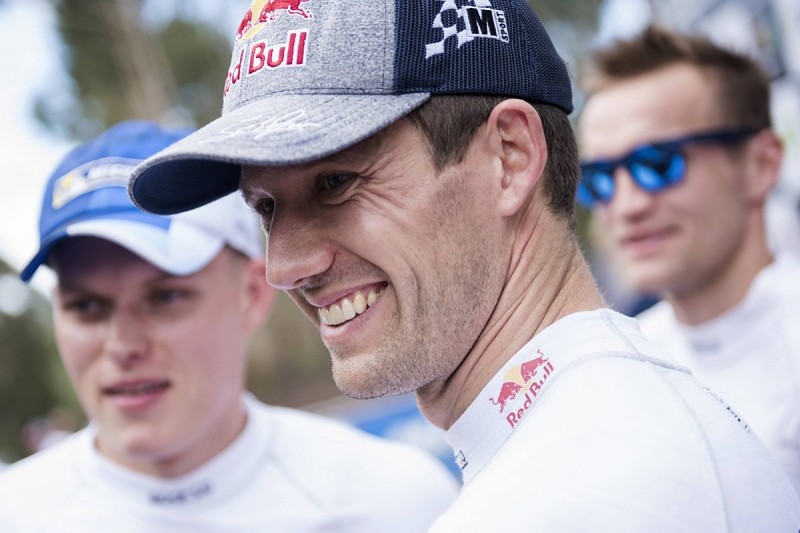 Twelve months ago, Volkswagen's departure was a nightmare. Initially. Ultimately, however, it was an opportunity. In Ogier's words, it offered him a challenge. That challenge was to show the world it was Sebastien Ogier who was the champion. Yes, Volkswagen provided the vehicle for his brilliance, but the talent came from his hands. His feet.

And with that challenge faced down and a title won, I thought he might be ready to call it a day and stay home with his wife and son.

But now there's another challenge: to do it again? Can he do it in the face of increasing competition? Hyundai and Thierry Neuville won't make the same mistakes next year; Citroen and Kris Meeke will be even stronger and then there's Toyota's three forest racers who, on their day, will be as quick as anybody between the trees.

Like those around him, Ogier lives for competition and, while the thought dodging a 4am alarm call on a Deeside Saturday might be nice for now, there's plenty of time for that later.

In the meantime, there's another world championship to win.

Our world remains Ogier's world in more ways than one, and he wants it to remain so until he decides. Nobody else.

Welcome back champ. Not that you were ever going anywhere...