World Rally champion Sebastien Ogier says he would "love" to have Kris Meeke back in the series in 2019, believing his return would benefit the championship

Meeke has agreed a deal with Toyota for next season, which is expected to be officially announced this week.

Though Ogier and Meeke have had disagreements in the past - mainly over the previous running order rules that Ogier frequently criticised - they have grown closer in recent years.

"For sure, it would be good to have him back with us again," said Ogier.

"He is one of the fastest guys around in the world championship."

Meeke was dropped by Citroen earlier this season following a string of crashes.

Ogier acknowledged that five-time WRC rally winner Meeke had not so far lived up to his potential, but said his speed could not be disputed. 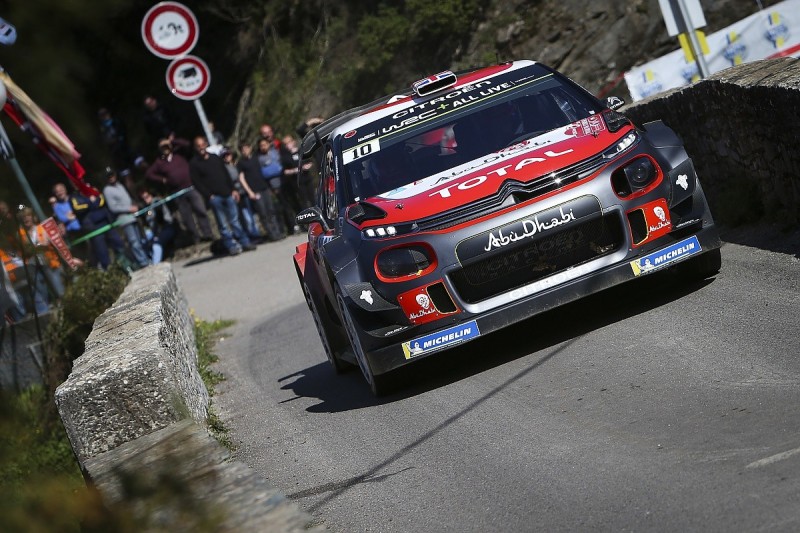 "People can say he has missed some consistency through his career, but this guy knows how to drive fast and he is able to win rallies," said Ogier.

"As well as that, he's a spectacular driver and we know that the fans love to watch this kind.

"If these rumours are true then, for sure, we would love to have him back in the championship next year."

Meeke is set to replace Esapekka Lappi at Toyota, joining Ott Tanak and Jari-Matti Latvala in the three-car line-up.

The vacancy has been created by Lappi moving to Citroen as team-mate to Ogier, a change that is also due to be announced in the coming days.

2019 WRC calendar: 14-round schedule given green light by FIA WMSC