Sebastien Ogier says his approach to this weekend's Rally Germany is "happy-go-lucky", despite the possibility of clinching the World Rally Championship title on Volkswagen's home event

Ogier leads closest rivals Jari-Matti Latvala and Thierry Neuville by 90 points with five rallies to go. If he can increase that lead to 112 in Germany, he will be crowned champion.

But Ogier said that with several rounds to spare, he can be totally laidback about his Germany result.

"I am trying to take a totally happy-go-lucky approach to the Rally Germany," he said.

"A win would obviously be a hugely important step towards the title. And the world championship is my dream for this season.

"However, when you look at the current standings, I do not necessarily have to win at all costs. My goal will be to maintain my lead in the drivers' championship."

He acknowledged, however, that a home win would be good reward for VW in the new Polo's spectacular debut season.

"Having said that, victory in Germany would be fantastic for my team," said Ogier. "They more than deserve it. Our team is making all the difference at the moment. We head to Germany full of confidence.

"To be perfectly honest: why shouldn't we win there?"

Ogier has won five of the eight rallies held so far this year.

HOW OGIER CAN BE CHAMPION IN GERMANY

Ogier needs to win the rally at least in order to secure the crown in Trier.

If he takes the 25 points for victory, he can be champion if Neuville and Latvala do not take four points - through a combination of their finishing position and the three bonus points available on the powerstage.

If Ogier takes maximum powerstage points as well as winning - as he has in four of his five 2013 victories - then his rivals need to score at least seven points, either by finishing in the top five or taking sixth along with a top three on the powerstage. 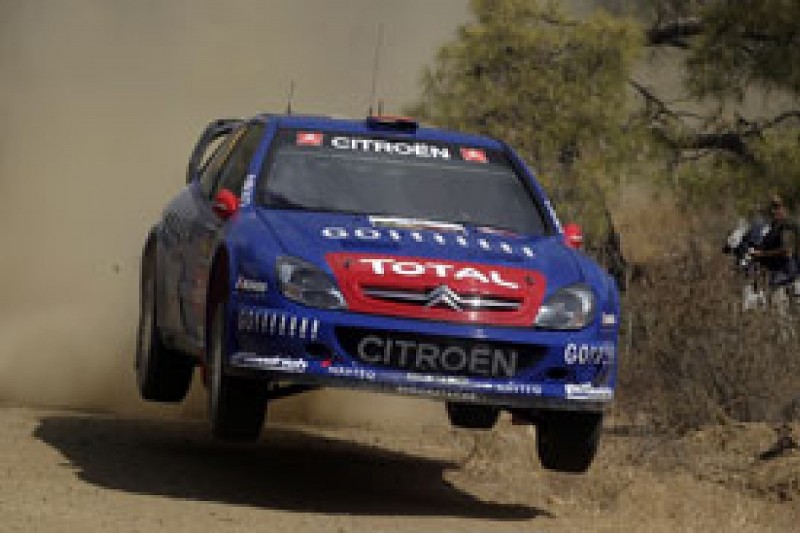 If Ogier claims the title this weekend, he will be securing a WRC crown earlier than Sebastien Loeb ever did.

Loeb never clinched a championship earlier than October, the month in which he put six of his nine titles beyond his rivals' reach.

The only anomaly is the 2006 season, when Loeb did not officially claim the championship until Rally Australia in October, but actually contested his last round in Cyprus in September.

A cycling accident then ruled him out of the last four rallies, but his points advantage was such that he still became champion.

FIA wants to tweak running order rules in the WRC