The 22-year-old has the potential to become the WRC’s youngest ever world champion come Sunday, eclipsing the record set by the late Colin McRae in 1995, then aged 27.

Rovanpera can seal the title if he outscores Hyundai’s Ott Tanak by eight points.

The prospect of winning the championship has increased after a dominant performance from the Finn to surge from fourth into a 29-second rally lead over team-mate Sebastien Ogier, with Tanak a distant third 46.4s adrift.

Tanak had been leading the rally at the end of Friday before he suffered a 5s hybrid boost penalty followed by another 10s sanction for a similar infringement.

With four stages remaining on Sunday, Rovanpera could seal the championship, if positions remain unchanged, by setting the third fastest time on the rally ending powerstage.

Despite being on the verge of history, Rovanpera says he is not letting the excitement of potentially winning the championship alter his mindset.

“I’m not so excited yet of course,” said Rovanpera.

“I will try to concentrate on tomorrow like a normal day. It is not a long day but there are four quite tricky short stages."

Asked if he truthfully is this calm inside, he added: “At least so far it has been like this. For sure, tomorrow when you are closer to the moment, it is not so calm anymore. At the moment I do not need to stress.” 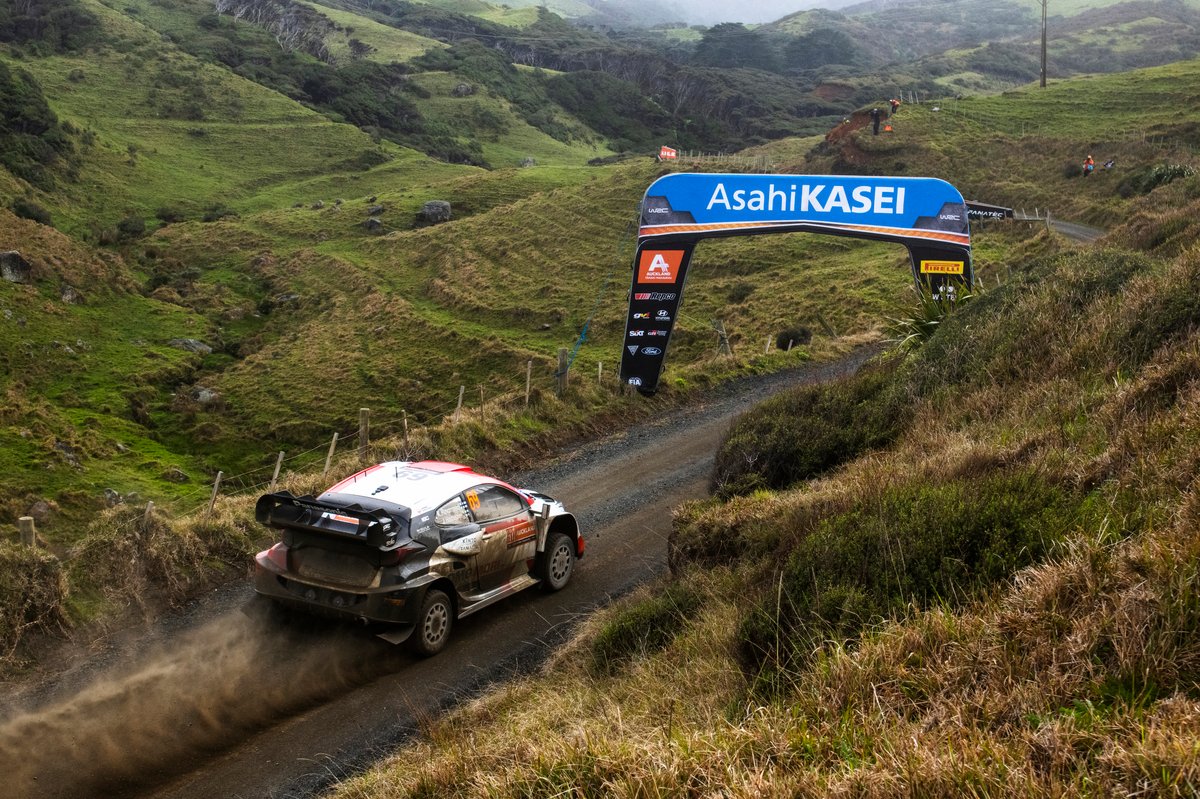 Reflecting on a Saturday, that began with a 5s hybrid boost time penalty, which dropped him 12.2s from the lead, Rovanpera admitted that the treacherous wet weather played into his hands.

“It has been a really tricky day, but quite enjoyable,” he said.

“It is always the case that when you are doing good times, you are enjoying it. It was a really big challenge but I saw it [the weather] as an opportunity more than anything, and we took it and used it quite well.

“I always seem to enjoy the tricky weather and of course our car is also quite enjoyable in those conditions. I think, if it had been fully dry, we wouldn’t have had such a good pace to attack.

“I always know in these conditions you can take some time off if you do a perfect stage, and of course there is some risk with that, but so far it has been going well.”

“The gap went a bit bigger this afternoon and I can only say well done to Kalle, who has managed these conditions better than anybody,” said Ogier.

“On our side I have to say after Elfyn’s [Evans] retirement my mind was not on full attack this afternoon because it would have been not good at all for the team to lose another car, but there is no excuses.

“I have to take my hat off to Kalle for doing those times in the conditions.

“At the end of the day, times change and a new generation is pushing, which is normal in life. Kalle has proved many times this year he is a worthy champion, although it is not done yet.”

Rovanpera and Ogier are the only remaining Toyotas left in the rally after Evans and Takamoto Katsuta retired from Saturday’s action.