Faced with the disadvantage of opening the roads, Rovanpera managed to recover from a 21.0s deficit to Tanak after Friday's running, as an intense head-to-head with the Estonian unfolded across Saturday and Sunday.

However, Rovanpera was unable to overhaul Tanak, who claimed his second win of the season, and his third career Rally Finland win alongside triumphs in 2018 and 2019.

It was an unexpected victory for Hyundai after the team, and Tanak in particular, were comprehensively beaten on similar gravel roads in Estonia last month by almost two minutes.

"I was expecting this, they [Hyundai] have the test site here so of course they should improve the car on this type of road," said Rovanpera.

"Ott was driving really well, really fast this weekend and when everyone is flat out you can't take much more time." 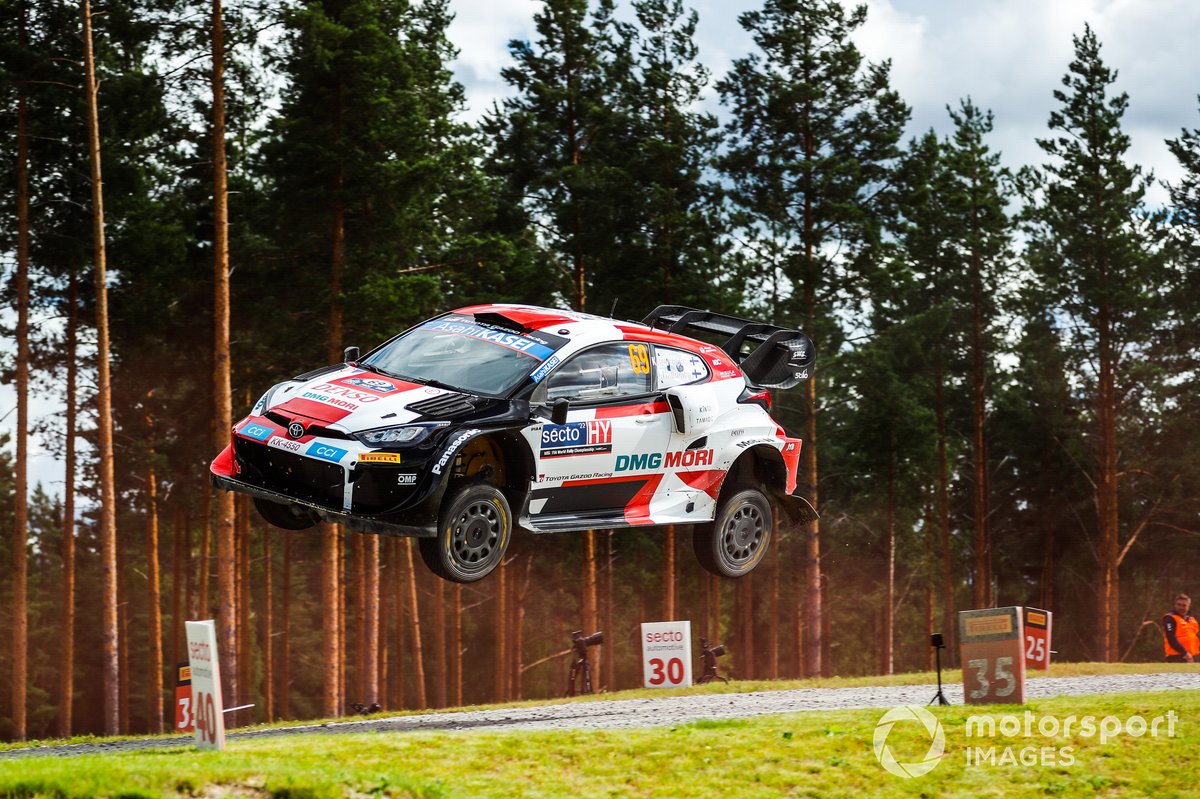 While the second-place finish was tinged with some disappointment, Rovanpera declared the rally a success in executing his plan to extend his championship lead. That now stands at 94 points over Tanak, who has jumped Hyundai team-mate Thierry Neuville into second spot.

"I'm not so easily upset, but of course I do feel a bit disappointed because it was a home rally and when you are a rally driver you always want to win," he added.

"But sometimes you can't and we couldn't do it, but still I'm proud. We did a good job.

"I have to be happy with that. I think it was quite clear before the weekend that the cleaning [the roads] I was expecting would be difficult, and then also it is difficult to catch up.

"We are here and the championship lead has got bigger, I have to be happy even if we didn't win.

"I was quite clear [with my strategy]. I said that if it looks like we can fight for the win then I would and yesterday [Saturday] I was doing the best I can in the tough conditions, just leaving a bit of the risk out.

"I went with my plan all the time and I didn't do anything stupid, so I can be happy with that and the points are really good."