World Rally Championship leader Kalle Rovanpera says he isn’t feeling the pressure of an expectant home crowd and believes he doesn’t have anything to prove at Rally Finland this weekend.

The Toyota driver is likely to face a weight of expectation on his shoulders to deliver hoards of Finnish rally fans a first home win since team-mate Esapekka Lappi’s triumph in 2017.

Rovanpera will head into his home event as the favourite after a stunning run of five wins from seven WRC events to date this year, having tasted victory in Sweden, Croatia, Portugal, Kenya and Estonia.

The 21-year-old’s domination of the championship has resulted in a commanding 83-point lead over nearest rival Hyundai’s Thierry Neuville.

Although eager to score a victory on home soil to add to his glittering run of form, Rovanpera says he is is treating the event like any other.

The Finn is also well aware how tough Finland’s gravel roads can be after crashing out of last year’s event when sitting in fourth position.

“Rally Finland is of course a very special event for us, but I try to treat it and enjoy it just like any other,” said Rovanpera.

“I don’t feel so much pressure, because after our wins this year I don’t think we have anything to prove.

“Of course, we will have great support from the fans and I would like to try and win it for them if we can.

“Last year it was not so easy for us so we will try to do a better job this time.

“We just need to prepare a bit better in the test to make sure we have a good set-up and feel comfortable, and then I think we can be fast and really enjoy the weekend.” 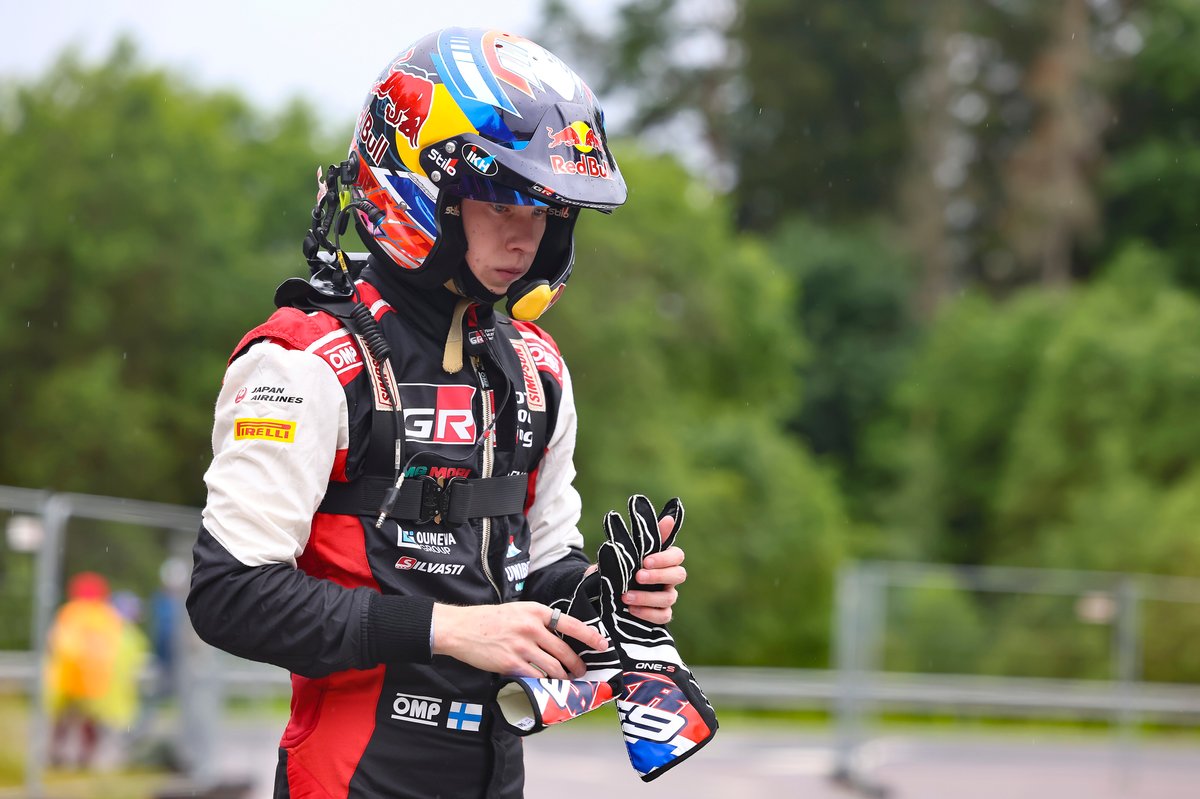 Toyota team principal Jari-Matti-Latvala has been impressed by the way his young charge has handled pressure this season, and isn't expecting the added expectation from home fans to affect Rovanpera.

“We have seen over the year that Kalle has been really really good at holding under pressure,” Latvala, a three-time Rally Finland winner, told Autosport.

“He doesn’t really take pressure, he’s really cool. But coming to a home event, for sure he wants to win this rally, even though he doesn’t need to. Last year the rally didn’t go that well and now in his second year in a WRC car his motivation is even higher.

“He has had a really good season so far and of course if he does well here, then it helps for the rest of the season, and he will be able to back off bit more on the events that are a bit more difficult.

“I think Belgium is a rally where Thierry Neuville is very difficult to beat and he is his strongest rival at the minute. He knows he won’t have to fight against Thierry in Belgium if he does well here and wins in Finland.

“I think the experience of last year [in Finland] is definitely helping him him this year.”

However, Rovanpera could face strong competition from Hyundai and M-Sport Ford which will respectively have a two-time winner in Ott Tanak and Craig Breen, who finished third at the event last year, in their ranks.

His biggest challenge could come from within his Toyota team stablemates Elfyn Evans and Lappi as they set to spoil the championship leader’s homecoming.

Evans stunned the WRC field in Finland last year to claim arguable his best career victory to date, while Lappi’s one and only WRC win came on home soil when competing in his first spell with Toyota in 2017.

Rally Finland is set to begin on Thursday with crews set to tackle shakedown in the morning before undertaking the first of 22 stages in the evening.