The 16-year-old, who has already earned backing from Red Bull, drove a Fiesta R5 at M-Sport's Greystoke forest test facility last week, as his management team evaluates which car to use for an expected mixed British and WRC2 championship schedule in 2018.

Rovanpera will take his driving test on his 17th birthday on October 1, which he will need to pass to start Rally GB 26 days later.

Before then, he is expected to continue competing in Latvia and Finland - where he drives a Toni Gardemeister-run Skoda Fabia R5 - and Italy, where he runs a FPF Sport Peugeot 208 T16 R5.

His manager Timo Jouhki said M-Sport is the favourite to run Rovanpera for GB and beyond.

"We have options for next season and we are still talking to people, but I think it's likely Kalle will be in the Fiesta in Wales this year and quite likely for next season as well," Jouhki told Autosport.

Though the intention is for Rovanpera to remain in an R5 car for 2018, Jouhki said the potential for testing work in M-Sport's World Rally Car was an attraction.

"I have no doubt that Kalle is ready for a World Rally Car right now," he said.

"If somebody called me and said they wanted to take him to this car and not the R5 then I would have no problem with that at all.

"I know him well and I know what his level is - I have good experience with knowing how good young drivers are. 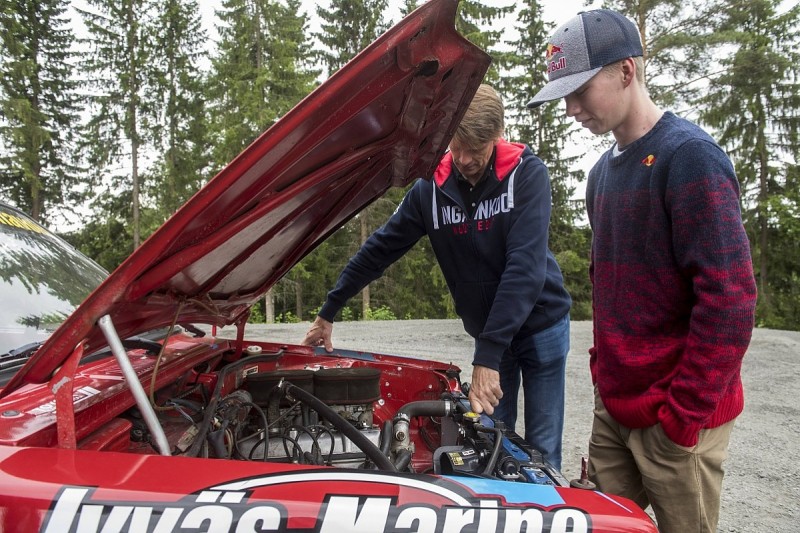 "But Kalle is learning rallies next year and the R5 is OK for this.

"What we also need is experience and kilometres in the new [WRC] car."

"Naturally, we'd like to see Kalle in one of our cars for Rally GB, next year's British Rally Championship and his WRC programme," said Wilson.

"We're trying to pull something together at the moment.

"He's probably the most talked about youngster in rallying right now, so having him with us would be great.

Jouhki has a long-standing relationship with M-Sport, having previously placed Mikko Hirvonen, Jari-Matti Latvala and now Teemu Suninen at the team.

Rovanpera's father Harri also contested a short programme of events with Malcolm Wilson's backing in the BRC and WRC in 1996 before beginning his SEAT factory deal.

Jouhki said joining M-Sport would be "a very natural move" for the teenage Rovanpera.

"It's true we have a long history and a good friendship with Malcolm," he said.