The four-time Rally Sweden winner was making his first start of the season in a privateer Toyota Yaris WRC, having lost his factory drive with the make at the end of last year.

Although Latvala explained his car could be repaired for Saturday's stages, the Finn elected not to restart in order to save his limited budget.

An outing on Rally Italy, from June 4-7, is now being targeted ahead of his next scheduled event, August's Rally Finland.

"We could have changed parts and continue but I decided to retire," the Finn explained.

"The only opportunity [now was] to go out there and do stage times, but those stage times don't take me anywhere.

"I need a result to go somewhere. There is no point to go out there if I can save the budget for another rally." 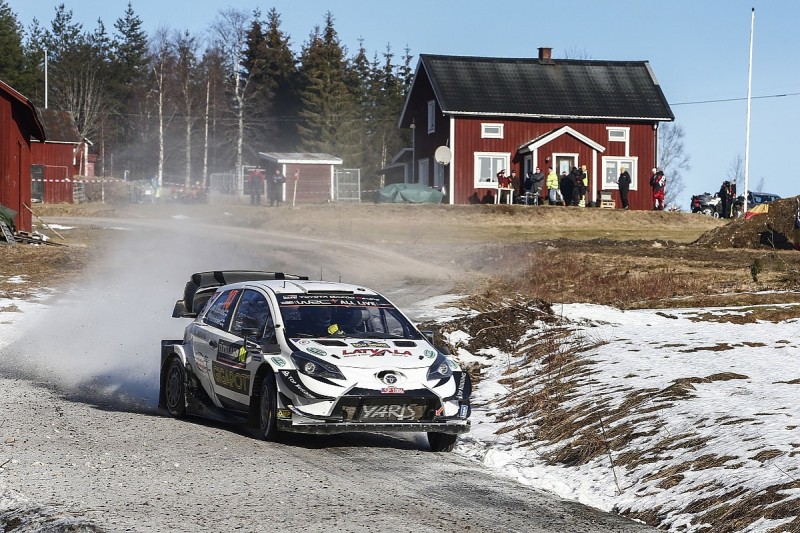 Latvala was ninth quickest on Friday's opening stage but was in trouble around five miles into the second test.

"Suddenly the engine died, it came back but did it again," he said.

"Then in a long right-hand corner, when I was on full acceleration, the engine stopped and I spun because I lost drive.

"There was nothing more we could do. Now [the mechanics] have more time to investigate it."