Rally Finland will feature on the World Rally Championship schedule for the next two years at least as another piece of the 2022 calendar is completed.

The famous gravel rally event has agreed a two-year contract extension with the WRC, which secures the event’s future until 2023 at least as the category prepares for its new hybrid future.

The deal was signed on the eve of the 70th anniversary edition of Rally Finland, which begins on Friday.

Finland had been omitted from the partial nine-round 2022 WRC calendar released in July, but was among six events vying for four vacant spots on next year’s schedule, which includes bids from New Zealand and Northern Ireland.

The new deal means that 10 events have now been confirmed for 2022, the year the WRC debuts its new Rally1 hybrid regulations.

“Rally Finland is one of the jewels in the WRC’s crown and fans across the globe will be delighted with this news,” said WRC Promoter managing director Jona Siebel.

“It is, after all, hard to imagine a WRC season without a visit to Finland’s breathtaking rollercoaster roads. 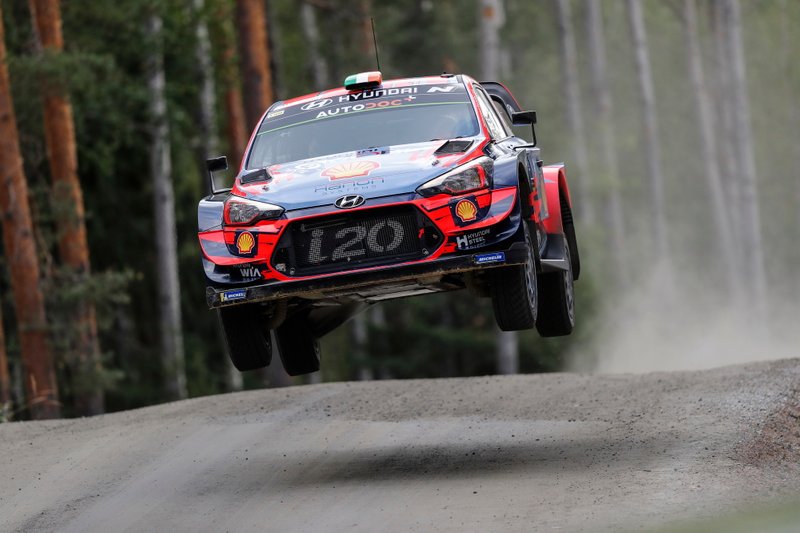 “For now, everyone is excited and looking forward to a wonderful 2021 event this weekend.

“On behalf of WRC Promoter and the sport’s fans, I thank AKK Sports for its efforts and perseverance in making the rally happen against the backdrop and difficulties caused by the pandemic.”

Riku Bitter, CEO of Rally Finland promoter AKK Sports, added: “On behalf of AKK Sports, it gives me great pleasure to confirm Rally Finland will remain a key part of the FIA World Rally Championship for at least another two years.

“I thank Jona Siebel and his team at WRC Promoter for their continued support and belief in our event.

“I must also thank the Rally Finland stakeholders for their unwavering commitment and, of course, the fans for their backing, particularly in light of the challenges caused by the COVID-19 pandemic.”

The 70th anniversary edition of Rally Finland will be contested over 19 stages, beginning on Friday with six special stages, including the rally’s first night test since 1994.