The Estonian - who won Rally Sardinia earlier in the year, his first WRC overall win - completed the 1.44-mile Harju test in 1m44.1s, 1.1s clear of his nearest challenger.

"I have big respect for these roads," said Tanak. "When you have a good feeling, it's really enjoyable." 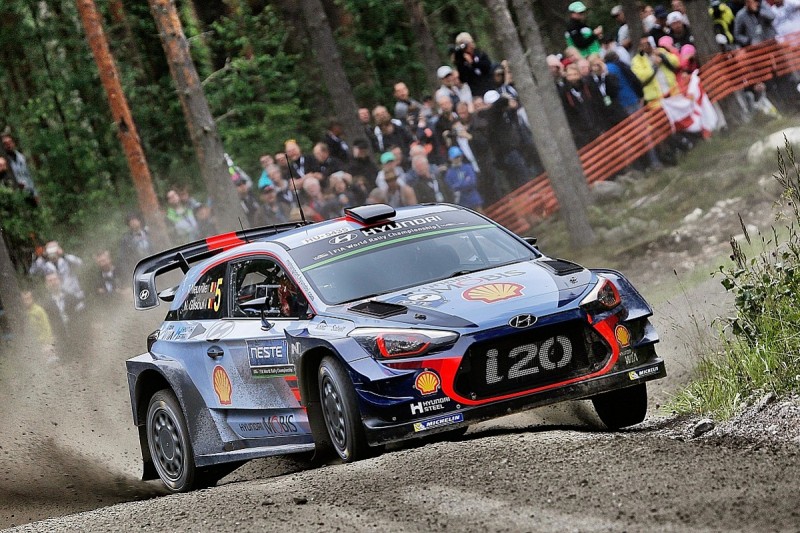 The winner of the previous rally in Poland, Thierry Neuville, drew first blood in his championship battle with Sebastien Ogier, taking second on the stage ahead of Ogier in third.

Craig Breen managed fourth, the highest of the Citroen C3 WRC drivers, at the home of his best WRC finish, a podium one year previously on the Jyvaskyla-based event.

Finn Jari-Matti Latvala was the best of the Toyota drivers in fifth, ahead of Hyundai's Hayden Paddon and Latvala's team-mate Juho Hanninen in seventh.

Kris Meeke, returning to the Citroen fold after being benched for Rally Poland, couldn't back up his performance in shakedown where he was quickest, managing eighth on Harju, three seconds off the lead.

Elfyn Evans, who didn't get a pre-event test thanks to Ogier crashing the M-Sport test car, steered his DMACK Fiesta to ninth while Dani Sordo rounded out the top 10, the third Hyundai in the order.

Umberto Scandola topped the WRC2 championship for R5 cars in 16th overall. Two R5s finished ahead of him, Eric Camilli and Ole Christian Veiby, but they aren't registered for WRC2 points on this event.