Neuville's i20 Coupe WRC will feature a new cylinder head originally scheduled for delivery at the start of next season.

The new engine specification will offer more power and torque.

Neuville is currently three points behind Ogier in the title race, while Hyundai trails Toyota by 25 points going into the season finale.

"We were planning to introduce this next year, but we wanted to use the [homologation] joker this year so we don't lose it," Hyundai team principal Michel Nandan told Autosport.

"The regulations state that we could use it on only one engine - so we put it on Thierry's car.

"When you are in this position for the championship then you have to give it absolutely everything possible."

Nandan denied the move was a gamble, adding: "We've done all the endurance testing, the new engine has been [run] on the bench for a lot of time and it's done three or four tests in the car now as well."

"It's quite obvious we are much closer for the drivers' championship and Hayden and Andreas will help Thierry for that," said Nandan.

"After that, we could play something for the manufacturers - but that won't be our target.

"Let's concentrate more on the championship that is more in our favour and that's the drivers'." 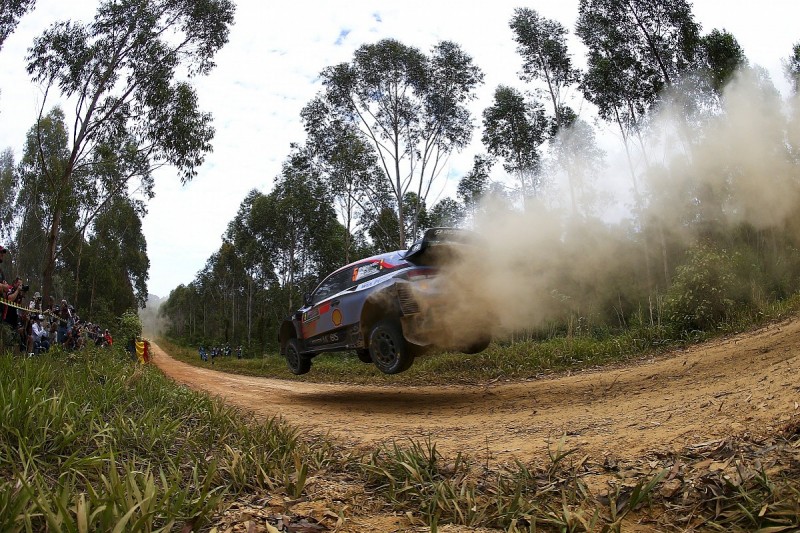 Neuville's title fight could be impacted by expected rain that may compromise tyre selection in Australia.

Running in the southern hemisphere summer, the Coffs Harbour-based event regularly runs in temperatures of around 30 degrees.

But this week there is the threat of significant rain storms, which would make it difficult to use Michelin's prime hard tyre.

The crews have been allocated 28 hard compound covers and only 16 mediums because of the expected conditions.

If the rain arrives, it will be a case of managing the use of the softer of the compounds.

"If it's completely wet, the roads soften up quite a lot and the tyres won't wear," Black told Autosport.

"In those conditions, we can use the [medium] tyres for a second loop without too many issues. If it's proper wet, I'm not worried.

"The problem is if it's humid to damp, you're needing to use the softer compound, but you're still getting wear on them and that's when it's going to become an issue to do the event on 16 tyres."