But Tanak said he was willing to reject the potentially favourable financial package on offer from Toyota as he thinks the M-Sport Ford offers him a better chance of success.

"The priority is always the sport. You want to win and you want to be in the best possible place," Tanak, who is still in the title hunt in third in the standings, told Autosport.

"I need to look into the future and decide where we have the best position.

"I know M-Sport very well, I know the people and how it works and I developed this new car and it's driving as I want. I have what I need, I think [at M-Sport]."

The M-Sport Ford Fiesta WRC has won four of the 10 WRC rounds so far this season with championship leader Sebastien Ogier and Tanak.

"It looks like the car we have at the moment is very strong and, I think, one of the most neutral cars in that it's competitive everywhere," Tanak added.

"We have seen some cars perform on certain rallies, but they have not been so strong everywhere in the way our car is. This is good for the future.

"The plan is to fight for the championship. OK, we are quite close this year and we don't know what will happen in the last three rallies, but we want to fight next year and in the coming years." 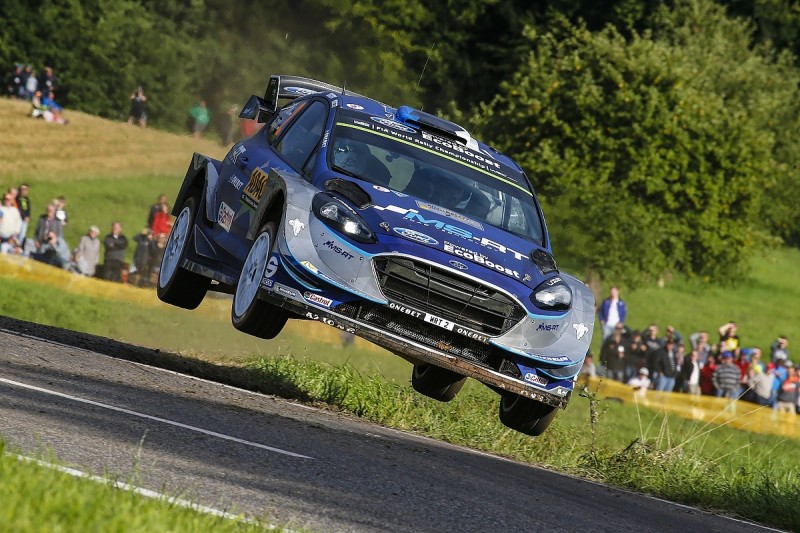 Ogier is being tipped for a move back to Citroen if M-Sport cannot secure renewed Ford works backing, but Tanak hopes both the reigning champion and Elfyn Evans - who drives the DMACK-branded third M-Sport Fiesta - stay put alongside him.

"We have a good relationship with Elfyn, we have known each other a long time," said Tanak.

"Let's see with Seb as well - nothing is decided yet for him to leave.

"Sebastien is a very good team-mate. He's a strong guy, especially in his head. I've learned from him."

M-Sport team principal Malcolm Wilson reiterated his desire to keep the team together, but not at any cost.

"I've told you the same story all the way down the line," Wilson told Autosport.

"Of course I want them to stay, but I won't jeopardise this team or M-Sport to make that happen."