With Citroen having slimmed its World Rally Championship factory line-up down to two cars, Ostberg has moved down to the WRC's secondary class for 2019.

Though he won the WRC 2 Pro class in Sweden, he struggled to match the pace of the fastest R5 cars on the rally and said Citroen had a lot of work to do to make its version more user friendly.

"We have to try to make the car driveable," Ostberg told Autosport.

"The car is not set-up for slippery conditions. I fought on every stage and in every corner for the whole event.

"We tried changing the stiffness at the front, at the rear or both - it's not easy. I feel my experience isn't enough to find a solution for this.

"In Sweden we were not going in the right direction. The car needs a lot of work, it's not defined yet to work on different stages or with different grip levels; the window is very small to find the set-up on the car.

"For the moment we are changing many different parameters to find some positives, but for sure it's not easy and not enjoyable.

"I have done this event 12 times before and this was the first time I didn't enjoy it.

"I felt so uncomfortable and afraid when I'm driving."

Ostberg's next event is Rally Argentina in April. He said Citroen would have to work hard on the car before then.

"I do the development work with Citroen Racing," he said. "We have a lot to do, but it seems the resource is there." 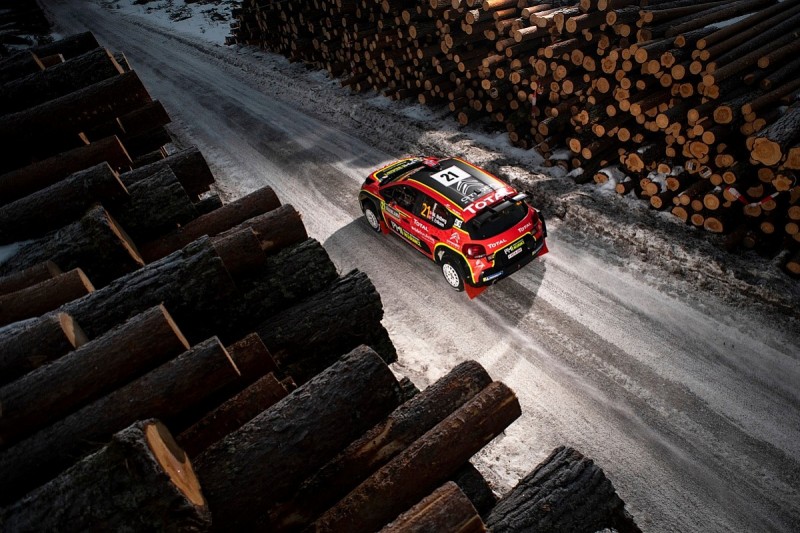 The R5 version of the Citroen made its first competitive appearances in 2017 before a full WRC2 entry last season.

Though Yoann Bonato used it to successfully defend his French Tarmac Championship crown last year and won WRC2 with it on the season-opening Monte Carlo Rally this year, overall it has not been a match for the R5 benchmark Skodas and Fords or Volkswagen's new car for the category.

Citroen team principal Pierre Budar suggested the car should not be judged on its snow form.

"Of course this was the first rally on snow and we had a very short time to make the set-up - and we did this set-up on the wrong tyres!" he told Autosport.

"We will see where we are on the gravel and we will see what's needed to be done to improve the situation."