He became the first Briton to take victory in the WRC's most famous gravel event with a dominant performance for the PH Sport-run Citroen team last weekend.

"It's an incredible feeling to win on the greatest roads in the world.

"It will take a few days and weeks for it to properly sink in, but you dream that someday you could do something special in the World Rally Championship.

"In terms of rally wins I don't know how you can get much better than this."

Meeke is only contesting a handful of WRC events this year as Citroen focuses on 2017 preparations and insisted the DS3 had been barely touched since '15.

"The biggest complement I've had this weekend is probably someone's comment that there's some 2017 parts on the DS3," Meeke joked.

"We had a pre-event test on Sunday where we did 150 kilometres and it's identical spec to last year.

"We tried different things on the test and we arrived back at the same thing."

The Northern Irishman has now won on two of his four WRC appearances this year and challenged for victory on the others, and said the confidence boost from that form was the biggest factor in his Finland win.

"The rally was different this year. I had another year under my belt," said Meeke.

"We've seen in Monte this year and Sweden and Portugal that my speed was good, my confidence was high and when you come to a rally where confidence is key, I think that made the difference.

"But the car's been exceptional. We know the DS3 worked very well here, especially on the wide roads. That gave me the confidence and I was able to do the times." 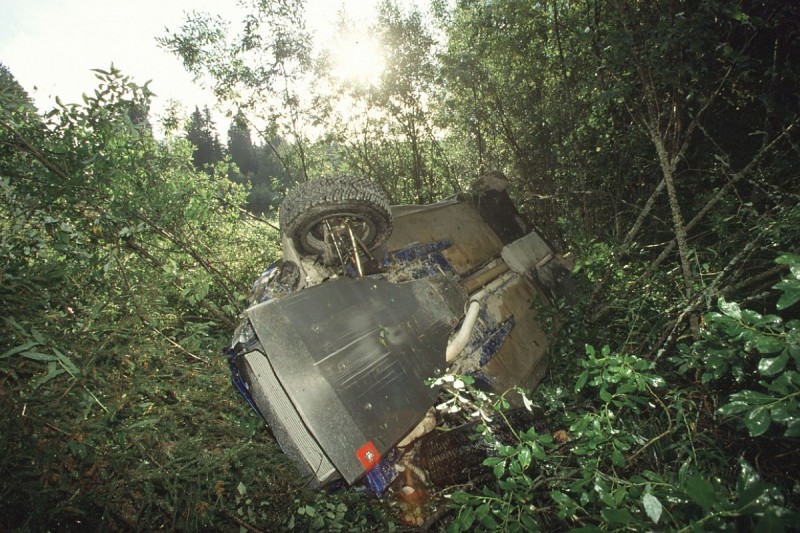 Plenty of Brits had won Rally Finland before - from Henry Liddon in 1973 to Michael Park in 2003, via John Davenport, David Richards and Terry Harryman - but they all did so in the co-driver's seat.

Richard Burns, co-driven by Robert Reid, was the first British driver to come close to winning. He finished second in 1999 after a titanic battle with Subaru team-mate and Finnish rally God Juha Kankkunen.

A year later, and out to demonstrate that anything Burnsie could do, he could match or better, Colin McRae was runner-up.

Of the pair, Burns always had the better record in Finland and his challenge for the 1999 win came on only his second visit to the event.

A year later and he was even closer, until a monstrous shunt over the flying finish of Leustu, above.

"We were in the lead when we went off," recalls Reid. "We crossed the line, took the lead then went into the trees."

Two years later was probably closest a Brit came before Meeke, when Burns had Peugeot team-mate Marcus Gronholm on the ropes.

Burns was leading when a heavy landing on Ouninpohja's yellow house jump flattened the turbo pipe on his 206 WRC. 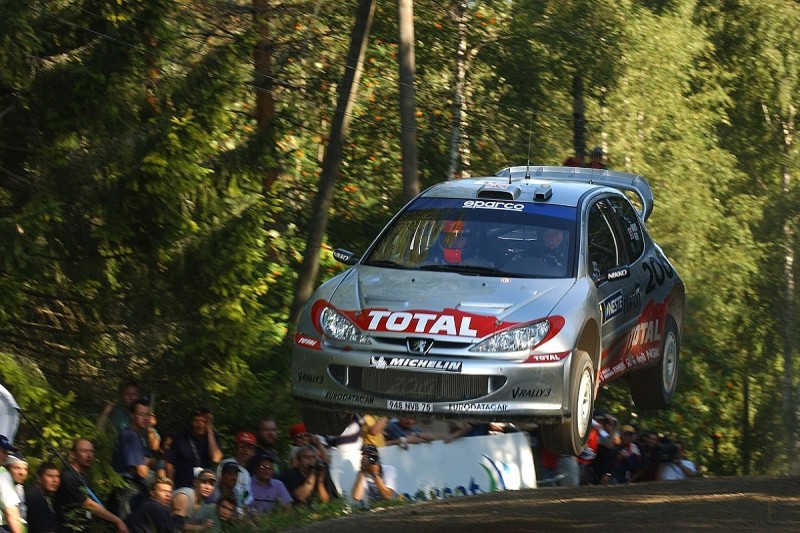 VW's Latvala admits he was too cautious in WRC Rally Finland