Son of 2003 WRC champion Petter Solberg, Oliver began his career racing crosskarts in Scandinavia, then became the youngest ever Supercar competitor by racing a rallycross Supercar in the Nordic series aged 15.

The 18-year old recently won the Rally Sweden Lockdown rally sprint in Torsby, and will be reunited with the title-winning Citroen for his return to the Nordic series at his local circuit.

"Everything is a little bit different this year, and we have to be really thankful for people putting together events like this," said Solberg. 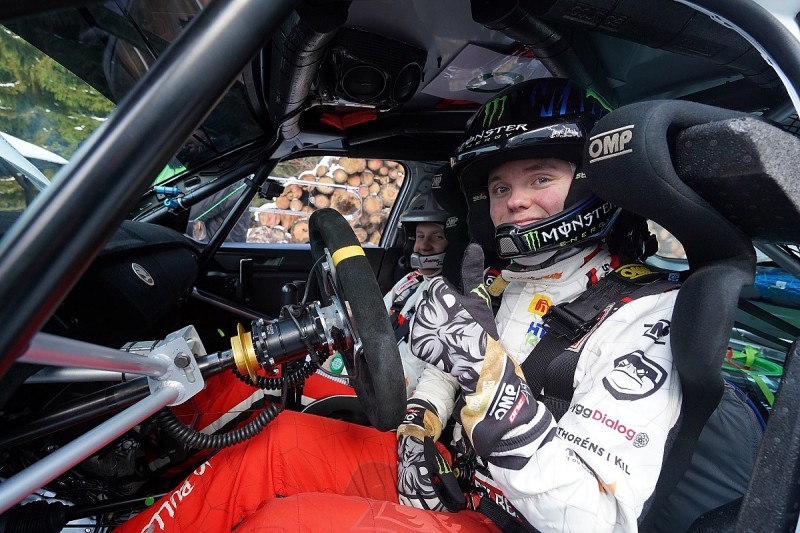 "For sure, this Magic Weekend will be different to the ones we saw before, but the main thing is that we are going to be racing and that is fantastic news.

Solberg tested the DS3 in preparation for the event last week, ahead of the first major rallycross event post-lockdown, which will be run behind closed doors.

"It will be strange to race without the fans, but I don't think we'll notice while we're driving - there's always enough to keep you focussed in the car," he explains.

"And you never know, this event is looking so big that it might even tempt my father out of retirement..."

While Solberg's entry is in the 20-car Supercar line-up, which includes World RX drivers Johan Kristoffersson, Niclas Gronholm and Robin Larsson, should his farther Petter also drive, it's likely to be in the one-off 'legends' class, with double-WRC champion Marcus Gronholm, Per Eklund, Andreas Eriksson and Stig-Olov Walfridson already on the entry list for the category.