Ogier: WRC rules too generous to guest drivers like Loeb

With day one WRC running orders set by championship positions, points leaders end up getting the worst of conditions on gravel rallies while part-time entrants benefit from roads swept clean by cars ahead.

Citroen's part-time 2016 programme with Kris Meeke, which included two victories, attracted vociferous criticism for that reason, while returning legend Loeb won on the third of his three '18 starts with the team.

Ogier called the WRC "the most guest-friendly motorsport in the world" and said its regulations allow guest drivers to "select the rallies" they have the best chance of winning.

"I think all of the top drivers who are doing a full championship are in agreement about this," said Ogier.

"It is frustrating to see guys come to a few selected rallies where they know they have a huge advantage and put us in the shadow.

"I don't want to be in this situation."

Ogier returns to Citroen next year with Esapekka Lappi as his full-time team-mate.

Loeb expressed enthusiasm for more occasional WRC outings after his win in Spain, and Citroen has indicated the door is open for him.

Asked what his stance on guest drivers meant for Loeb, Ogier replied: "Believe me, I would be very happy to have him with us full time in the championship again.

"This is not especially against him, it's just that he is the best of the guest drivers. I don't think it's normal to give such a position to the guest.

"I haven't said anything against Seb but I told [Citroen] I don't think it's normal that we have drivers doing only a few rallies." 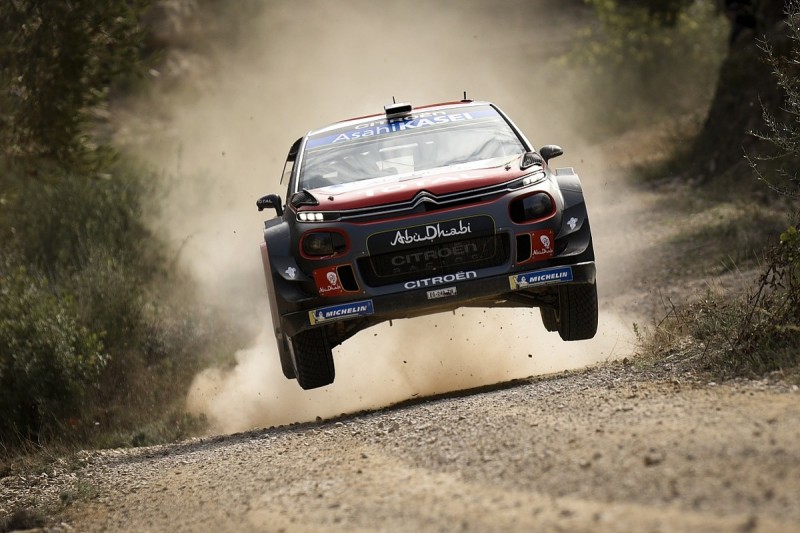 "It's ridiculous: we are fighting for the championship, but we are looking stupid when you are driving so fast, but just cleaning all of the time," he said.

"Let them go to the front and do this job."

Citroen team principal Pierre Budar emphasised the value of guests such as Loeb to the WRC, but admitted it brought complications.

"I don't think we should say they shouldn't be allowed," Budar told Autosport.

"We can see how positive it is for the championship to have some guest stars coming in.

"We will have a clear target next year. If we have some drivers coming in one time during the championship, we have to make sure it will not interfere with our top drivers doing the full season.

"Next year, we have to fight for a championship, it will be difficult and I don't want to make it more difficult for ourselves.

"If we bring [guest] drivers, we have to properly select a rally where they come in, maybe it's on Tarmac.

"There are several ways to do this properly and this is something we have to manage."