Ogier: "Only danger" is myself in WRC title fight on Rally Monza

Sebastien Ogier believes “the only danger is himself” as a head-to-head battle with Elfyn Evans for this season's World Rally Championship title edges closer to its climax at Rally Monza.

The Toyota duo have been locked in a thrilling scrap across Friday’s seven stages from which Evans has emerged with a 1.4s lead over the seven-time world champion.

Ogier won three of the four stages held on mountain roads in Italy’s Bergamo region, while Evans struck back in the afternoon stages held at the Monza grand prix circuit to turn around a 6.5s deficit.

The Frenchman realistically only needs to finish sixth to secure the title given his 17-point lead over Evans. However, one slip up could throw the championship battle firmly in Evans’ favour as he bids to become the first Briton to win the championship since the late Richard Burns’ success in 2001.

Ogier, competing in his final event as a full-time WRC driver, has played down the pressure being placed on him by Evans and believes that the title is very much his to lose.

“The only danger is myself really, I just need to focus on my drive," said Ogier. “It has been a good day. I really enjoyed the stages in the mountains and this afternoon I was a little bit more on the safe side and we had a [brake] issue on stage five which cost me five seconds, so it is quite ok.

“I’m happy with where I am right now it [the battle with Evans] is not a fight I need to take on anyway, I just need to try and do the same tomorrow." 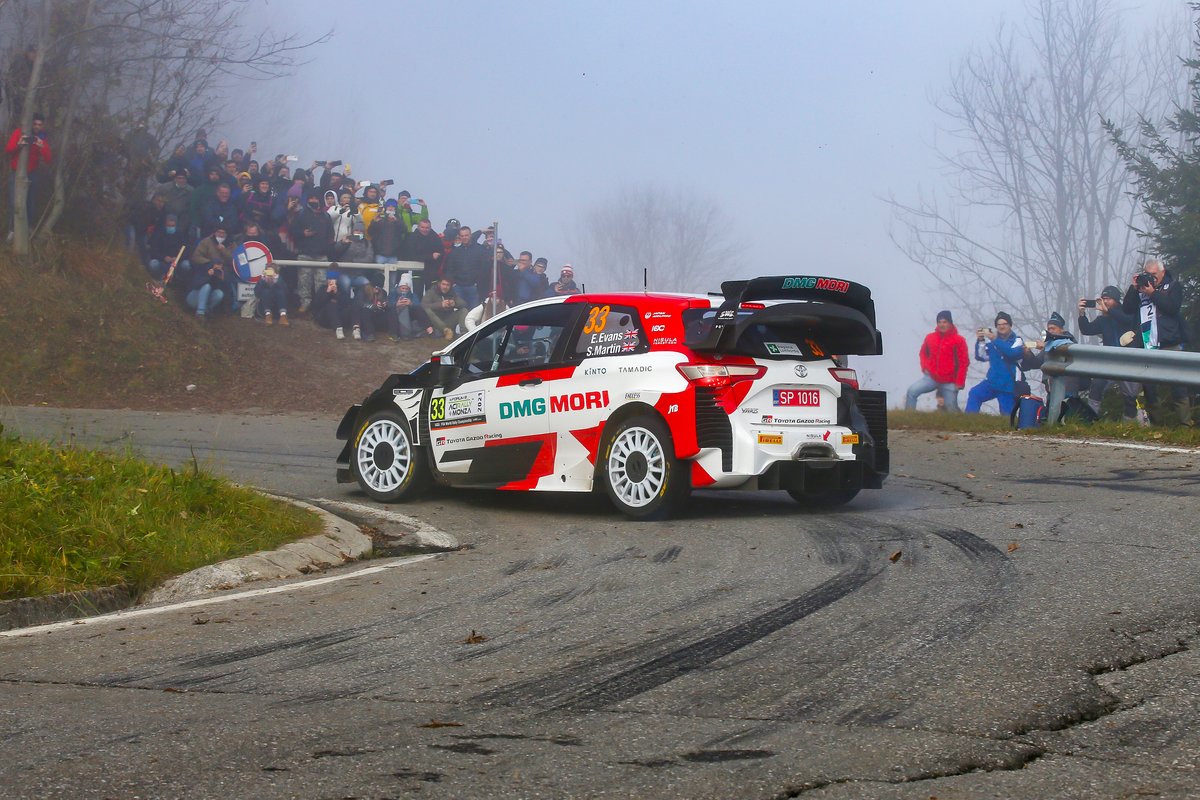 Evans says he is doing all he can to secure the title after wrestling the lead away from his rival on Friday afternoon.

The Welshman has driven well under pressure, knowing that he has to finish inside the top three regardless of where Ogier finishes to keep his title hopes alive.

Evans admitted before the weekend that his championship aspirations were a long shot but was pleased with the fight shown on Friday.

“I think it has been pretty okay,” said Evans.“You enjoy it when things are going well of course but I’m not sure who really enjoys these stages round here to be honest. It has been a good afternoon, not perfect.

“It [the circuit stages] wasn’t my strong point last year so I have put a lot of energy into trying to make sure we are able to match the others around here.

“It has been ok today but we have to contend with a lot more before the weekend is out.

Rally Monza returns to the Bergamo mountain roads on Saturday morning before again heading to the Monza race circuit for two stages.