After Stage 10 the pair was locked together with identical overall rally times before Ogier pushed ahead of the day’s final stage, taking 16.1s out of the nine-time champion on his return to the WRC.

Although equipped with a relatively healthy lead the reigning world champion, contesting only a partial WRC campaign this year, says he cannot afford to cruise on Sunday.

“With the guy behind me definitely we cannot relax but also with the conditions, so altogether I know it is still tricky,” Ogier told Autosport.

“It has been very enjoyable to fight with him [Loeb] for the last three days and I hope we can fight like this to the end.

“Tomorrow is still long and I think it will be challenging with the frost in the morning, so let’s see what we can do.

“Let’s have a good sleep and see the conditions and I hope we make the right tyre choice and don’t do a mistake.”

Ogier believes a combination of changes to the new Yaris and Saturday’s stage characteristics played a part in his surge to the top of the leaderboard.

The 38-year-old also made an inspired late call to copy Loeb’s soft slick tyre strategy for the famous Sisteron test that featured patchy snow and ice, and had already caught out Elfyn Evans and Ott Tanak on the morning pass. 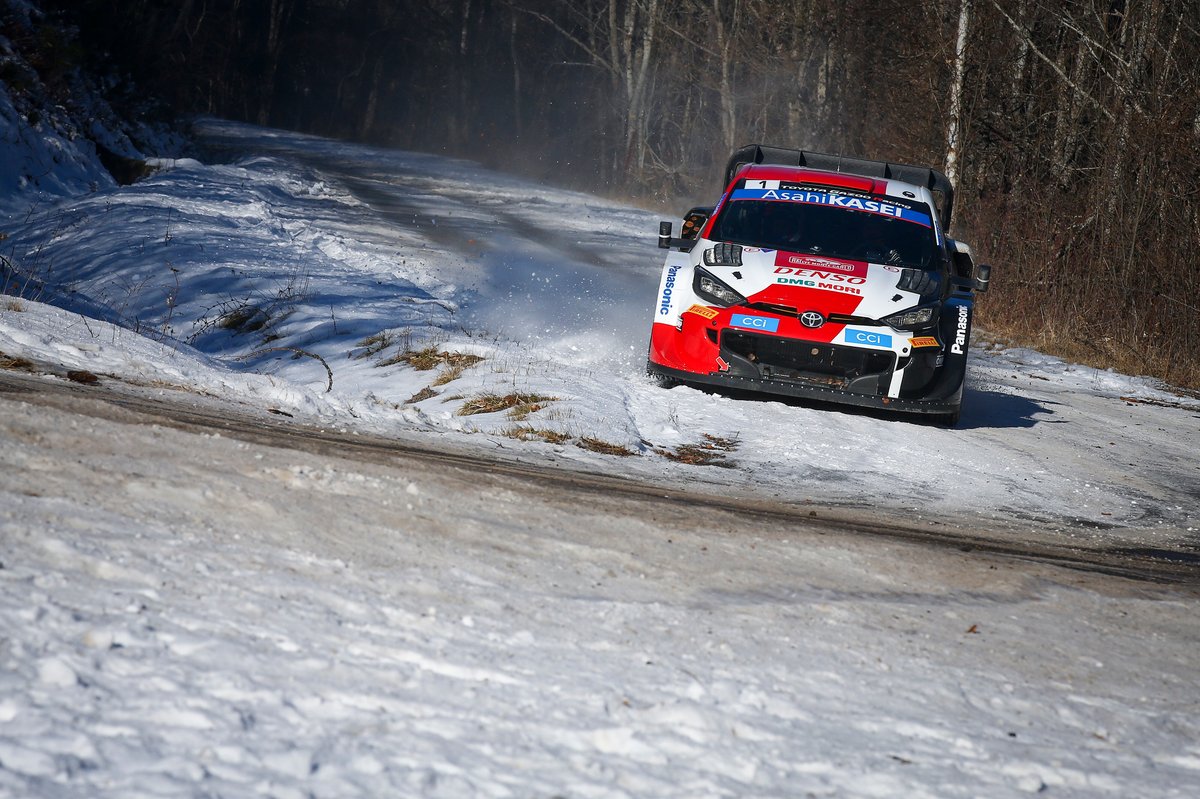 “I didn’t want to take the risk to lose some time because of a tyre choice,” Ogier added.

“When I saw he was going for it we did the same.

“It was obviously not the best choice for the conditions but I managed to do a very clean stage and made most of the difference in the snow, and that has given us a bit of a gap for tonight, but it is not over.”

Loeb refusing to give up on intense Ogier fight

Despite facing a tall order to catch Ogier across Sunday’s final four stage, Loeb believes he still has a chance to claim an eighth Monte Carlo win.

After dominating much of Friday, the 47-year-old pushed hard in the afternoon - labelling the battle with his former Citroen teammate "intense” - but felt a poor tyre choice was to blame for losing the rally lead.

"It is tough, it [the gap] is probably a bit too big but you never know, it is not finished before the end,” Loeb told Autosport.

"The only difference was the tyre choice on the first loop we went with crossed super softs and I think it was not a good choice.

“With the power we have and the length of the stage the super soft was not the right choice.

“Then in the afternoon I tried to push on the first stage on tarmac and it was okay and we were doing a good time, but in Sisteron on one part on the ice on the slicks I lost too much time and I was too careful.”