The six-time WRC champion is 40 points behind series leader Ott Tanak with four rallies remaining, going into an event he's described as a lottery.

"We've been in better positions, but we don't give up.

"It's crucial for us to score big points this weekend otherwise our chance is going to start to be very, very small.

"On a [rough] rally like this, so many things can happen. Anything can happen.

"You cannot say you have control on a rally like this, it's so rough - especially on day one when half of the rally is run.

"The conditions can be good for us, but if things turn bad for us then it could be basically the end.

"If we have a bad result combined to a good one for Ott then it would be the end of our hopes, for sure.

"I'm here to win the rally and that's all I'm thinking about."

Last year in Turkey - when he was driving for the M-Sport Ford World Rally Team - Ogier led before damaging a wishbone on Saturday morning. Having worked to repair the car, he brought it back to service before crashing out on the first stage of the afternoon. 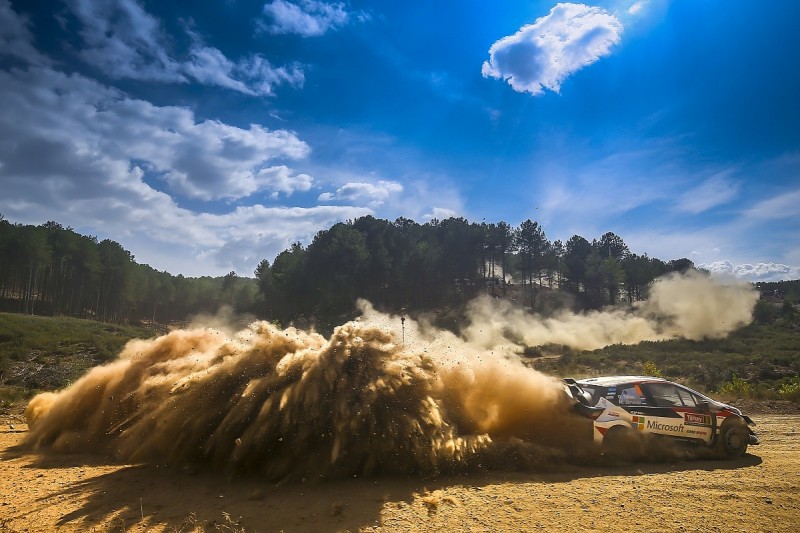 Tanak - who has won the last two events in Finland and Germany - in in a completely different position to last year (pictured above) in terms of points.

He starts Turkey 33 points ahead of Thierry Neuville, while he came to Marmaris in third place and 36 points off the top spot last year.

However, last year in Turkey he completed a hat-trick of wins which he could repeat this weekend.

Asked by Autosport how it felt to be hunted rather than doing the hunting, he replied: "I'm still hunting. I don't care who is hunting me - I'm hunting something else."

Neuville is 33 points adrift of Tanak entering this weekend's event, and added: "How many chances do we have left? Not so many.

"We are in a good mood and we're thinking we're going to have a good weekend. This rally is going to be ours.

"I have a good feeling, we'll finish ahead of Tanak." 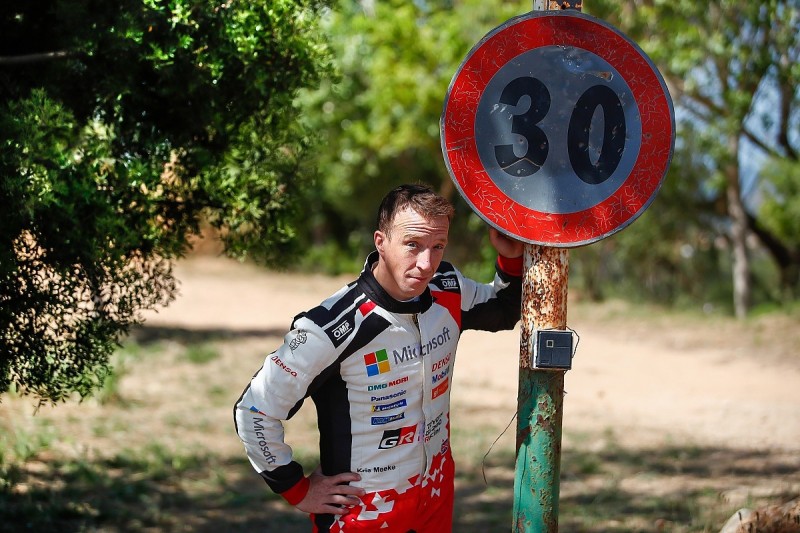 The Northern Irishman's Yaris WRC was a second up on the best of the rest through a typically rough and degrading 2.92-mile test.

Meeke said the morning's rough conditions were an indication of what's to come over the next three days.

"We knew that road broke up quite a lot," said Meeke.

"We've only done three passes [of the stage] and we knew it was going to be like that.

"Obviously I didn't do this event last year, but I heard what everybody said about it being rough. I can confirm that after the recce!"