Thierry Neuville has been fined, handed a one-minute penalty and will have to complete two days of public service after “multiple severe speeding infringements” at Rally Croatia.

In an initial report from the event's clerk of the course, Neuville and a co-driver Martijn Wydaeghe were handed a €1,900 fine after being clocked driving at 156kph on a road section limited to 80kph following stage 4.

It was at this stage of the rally when Neuville’s car suffered an alternator issue on his i20 N that ultimately resulted in in driver and co-driver Wydaeghe having to push the car for 800m to the service park after it stopped on a road section. The pair checked in late four minutes late, which incurred a 40s penalty.

However, after being summoned to the stewards on Friday night, the pair have incurred a further one minute penalty while driver and co-driver will be required to complete two days public service within a 12 month period at the FIA’s discretion.

The latest sanctions have demoted Neuville from second to fourth overall in Croatia, with the Belgian 2m04s adrift of rally leader Kalle Rovanpera. 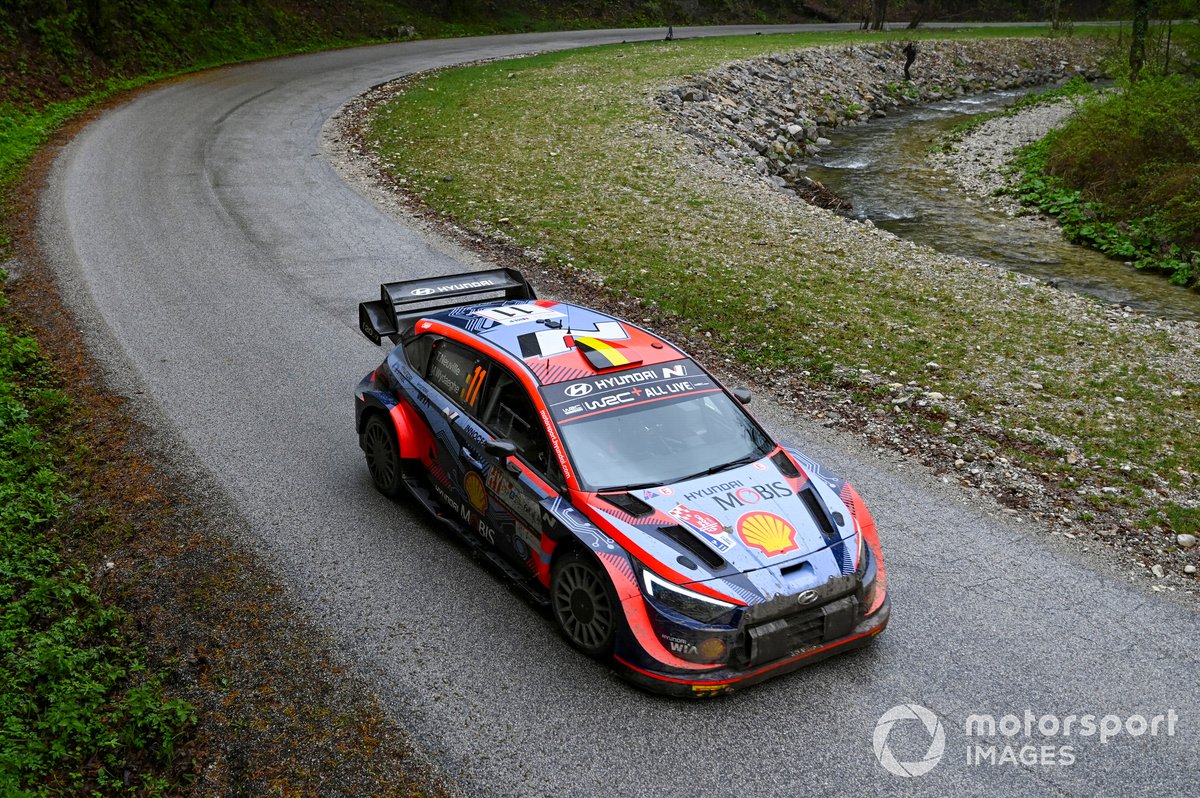 “The driver stated that, due to some technical problems encountered on his car, he was late in approaching TC4A [Time Control 4A],” read the stewards report.

“He further mentioned that, in order to reduce their delay, they were “obliged to overspeed”, although they knew that this was a breach of the traffic regulations. However, they stated that they had never put anybody at danger, also because at that moment there was no traffic.

“The data retrieved from the official FIA Safety Tracking System showed that the crew was overspeeding for approximately 11 km on the afore-mentioned road section.

“Excessive speed represents a serious breach of the above-mentioned articles of the FIA International Sporting Code.

“In this case the speed recorded was almost 100% over the speed limit, and neither the absence of traffic nor the intention of trying to reduce their delay at TC4A can be taken into account to claim mitigating circumstances.

“In taking their decision, the Stewards also noted that the crew was in breach of the speed limits over a total distance of 11 km.

“Art. 34.3.1 of the 2022 FIA WRC Sporting Regulations stipulates that throughout the rally, both crew members must observe the national traffic laws.

“Under the above circumstances and considerations, the Stewards concluded that the two cumulated penalties as imposed are proportional.”

This latest speeding infringement follows a similar offence committed by Neuville at Rally Estonia last year that resulted in a €2,500 fine and suspended one-rally ban for 2021 if he breached speed limits by 30% at another event.