Neuville not too alarmed by Toyota’s WRC Monte Carlo dominance

Thierry Neuville isn’t scared by the pace Toyota displayed during its domination of the World Rally Championship opener in Monte Carlo, but admits Hyundai has work to do.

Hyundai found itself trailing Toyota for outright speed on the Monte Carlo asphalt as the latter racked up 16 stage wins to the Korean marque’s two.

Those two fastest stage times were delivered by Neuville on Saturday on his way to finishing third, 44.6s behind winner Sebastien Ogier.

Both Hyundai and Toyota upgraded the aero on their respective i20 N and GR Yaris challengers for the new season, while Toyota has also tweaked its engine.

Despite a clear gulf in speed between Toyota and the chasing pack, Neuville is not too concerned given Hyundai’s pace deficit stemmed from setting its cars up for wintry conditions that failed to arrive.

“I don’t think we need to be concerned. We know we have some work left to do. With only one day testing for such a rally we decided to go in a direction of a car that works in all the conditions but we found ourself on a rally that was completely dry and a proper tarmac event. 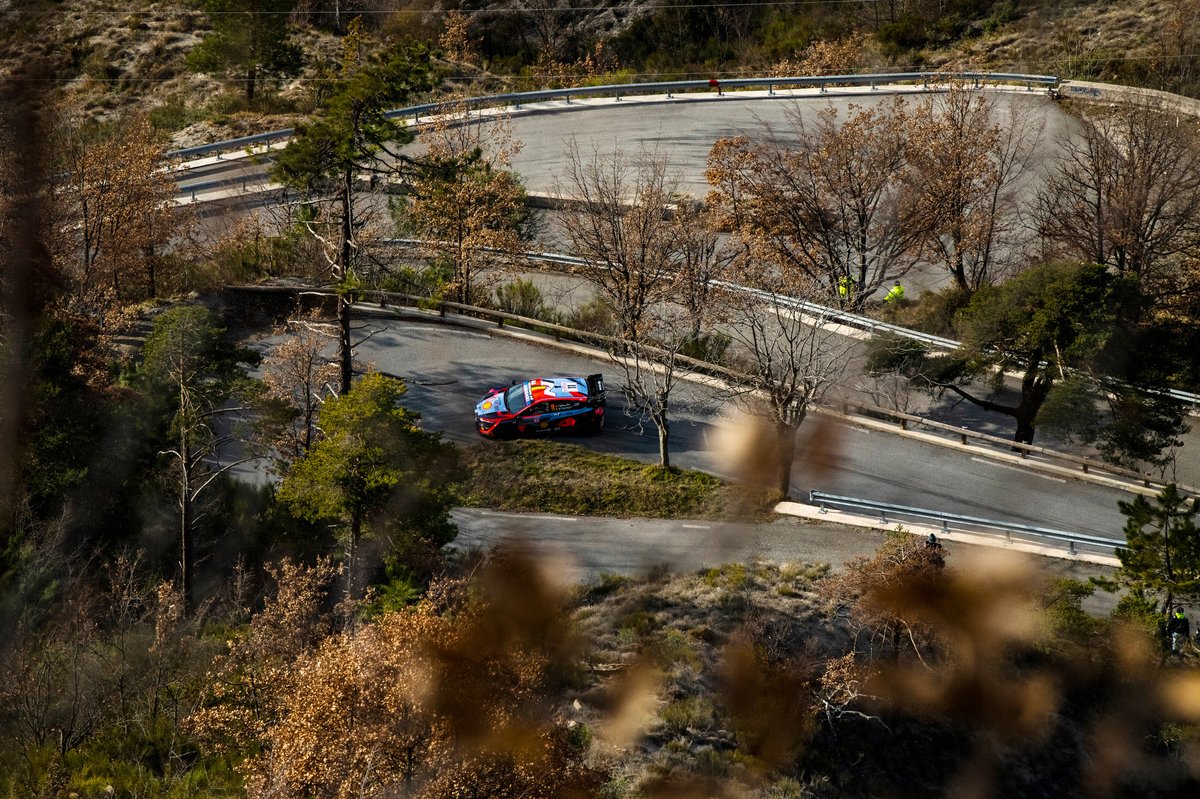 “I think the speed wasn’t that great but it wasn’t that bad, so there is no reason to be alarmed too much.”

Neuville was however satisfied to kick off the new season with a podium given a distant sixth was the all he could achieve as Hyundai battled reliability issues and a lack of pace in Monte Carlo last year.

“It is always good to be on the podium to start a new season,” he added.

“It was not the podium pace we were expecting we would have preferred to be much more in the fight for victory.

“But unfortunately it wasn’t possible despite trying, but I think it is still a good start compared to last year. I think the speed wasn’t that great but it wasn’t that bad so there is no reason to be alarmed too much."

New Hyundai Motorsport boss Cyril Abiteboul believes Neuville’s run to third has provided the framework for the team to build on.

“It is a podium and we should build from that. We shouldn’t be too negative the team has progressed,” Abiteboul told Autosport.

“There is plenty of time to catch up [Toyota] but, at the same time, the points you lose at the start will be missing also when you finish the championship. We need to make sure we are on top of the game as soon as possible.”