Thierry Neuville says he simply was caught out by a dusty corner and should have attempted to spin his Hyundai to avoid crashing out of the Ypres Rally Belgium lead.

Neuville was in command of his home World Rally Championship round having built up an 17.2s lead over team-mate Ott Tanak heading into the day’s penultimate stage.

However, the Belgian’s hopes of claiming a second consecutive Ypres Rally win vanished when he was caught out by a tight left-hander in Stage 15.

Neuville slid wide before entering a deep ditch that left his i20 N stranded with damaged steering. Spectators were able to push the car back onto the road and Neuville briefly continued, before coming to a halt on an access road.

“It was actually a very simple slow left corner and there was no information that it could be dirty,” said Neuville.

“Also, when the gravel crew had gone through it seemed to be quite clean.

“But unfortunately when we arrived there was a lot of dust in the corner and it was easily visible in the pictures. I just understeered into a ditch.

“The conditions are not what we expected as the corners was clean on the first pass. I guess a couple of cars in front of us went very hard into the cut and pulled out a lot of dust and we got caught by surprise.

“I felt a hit when we went into the ditch like a strange noise, so I suspected something was not correct and unfortunately the steering was damaged so we couldn’t carry on.” 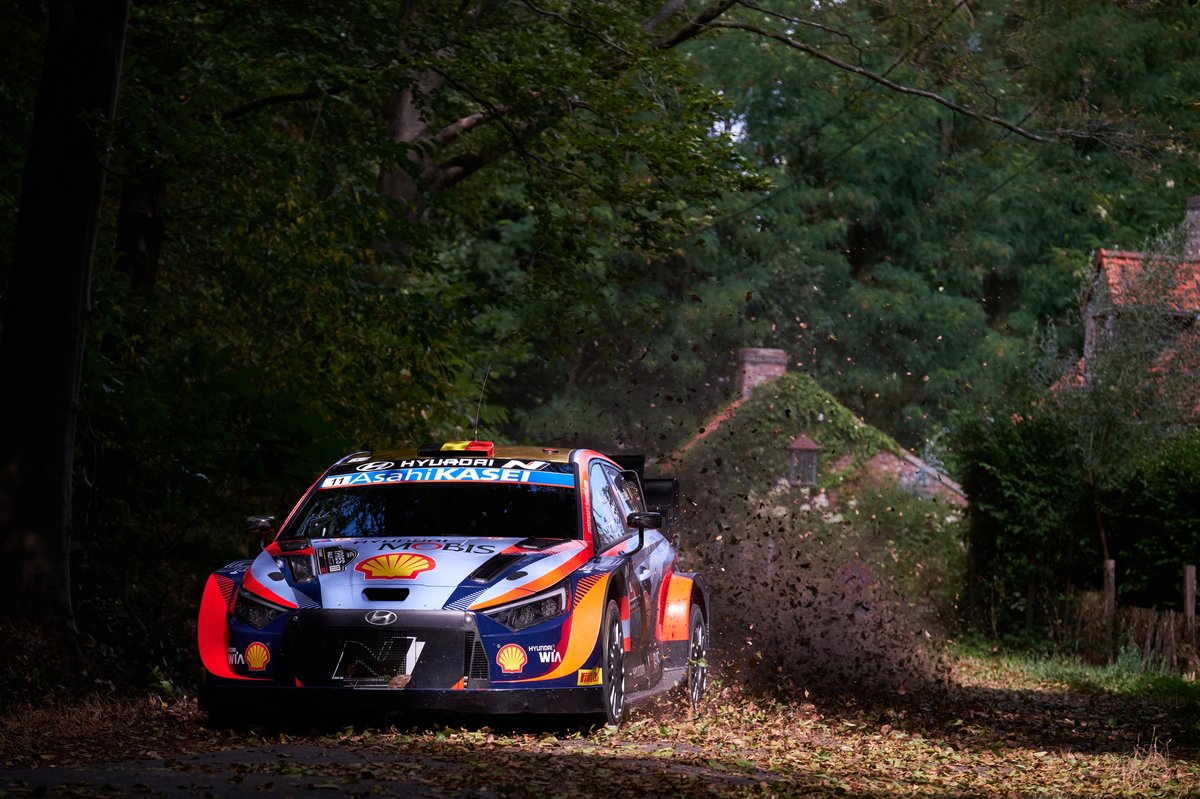 While admitting there was “nothing he could have done in the moment” to avoid the crash, in hindsight Neuville believes spinning the car before sliding into the ditch could have saved his rally.

“We were doing well and the approach was a good one,” he added.

“It felt like a big surprise for me and I couldn’t do anything. I should have maybe spun [the] car, but you always try to carry on and not lose any time.

“But unfortunately it would have been better to spin the car and lose only a couple of seconds than go into a ditch.”

Neuville’s untimely exit from the rally handed the lead to team-mate Tanak, who ended the day with an 8.2s advantage over Toyota's Elfyn Evans heading into Sunday’s final four stages.

Tanak revealed he was surprised to end Saturday in the lead, after losing time to transmission problem during Saturday’s morning loop.

“It was good to get the car fixed again and obviously because our pre-event test was not really great we had to choose another diff as a spare so the settings were not exactly what we preferred,” said Tanak.

“In the end, I managed to get used to it with a few stages and now the last few stages I felt good in the car. It was working and it should be OK.”