Hyundai's Thierry Neuville has defended his team using a tactical approach during the World Rally Championship's Rally Portugal, but did not comment on Sebastien Ogier's accusations

The Hyundai squad ordered Dani Sordo and Sebastien Loeb to check in late ahead of stages so that it would sweep the road and benefit Neuville in his fight with title rival Ogier.

Ogier was first on the road in Portugal and lambasted Hyundai team boss Andrea Adamo by accusing him of taking tactics too far.

The Citroen driver leads the WRC standings by two points over Portugal winner Ott Tanak, while Neuville's second place means he is now 10 points behind Ogier.

Speaking before Ogier's criticism of Adam, Neuville said: "We didn't do anything forbidden.

"We just tried to stay together as a team and fight as hard as we could for everything we could take and, in the end, we took the second position with four points in the powerstage and this a good effort."

Hyundai's decision to sacrifice Loeb and Sordo was made easier by both drivers suffering fuel-related issues.

Neuville said: "We only lost nine points in the manufacturers' [championship], which really looked very bad on Friday [when Loeb and Sordo had problems].

"The efforts we have done have brought us the necessary bonus, that's all I can say."

Asked if he thought the tactics had helped him, Neuville added: "I don't know if it helped a lot, but at least it optimised the situation." 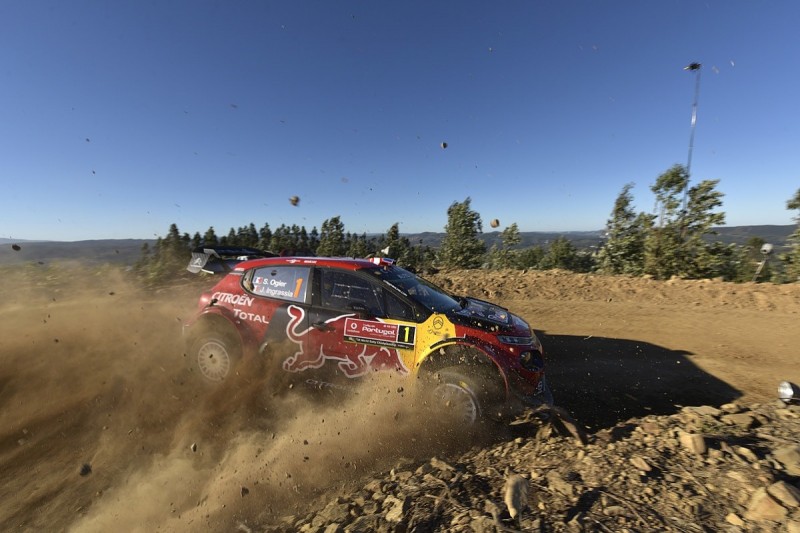 Neuville later made no comment on Ogier's allegations that Hyundai team principal Andrea Adamo was ready to take those tactics further.

Ogier had claimed that Adamo was willing to make Sordo stop on stage and continue in front of next-on-the-road Kris Meeke, using the dust to impact visibility and influence the result.

Ogier responded to Neuville's comments on strategy by saying: "For the strategy, there's not much to say.