A two-time winner this season in his partial campaign with Citroen, Meeke was running fifth in Spain when he was forced out by an engine problem early on the final day.

But he felt his performance was below par, the event having started badly when he rolled on the first full-length stage - although the incident caused no serious damage and only cost Meeke and co-driver Paul Nagle 15 seconds.

"I've got to stop those kind of stupid mistakes I was making," Meeke said.

"I know what I have to do for next year and it's so important that we're not doing some of the things we did in Spain. 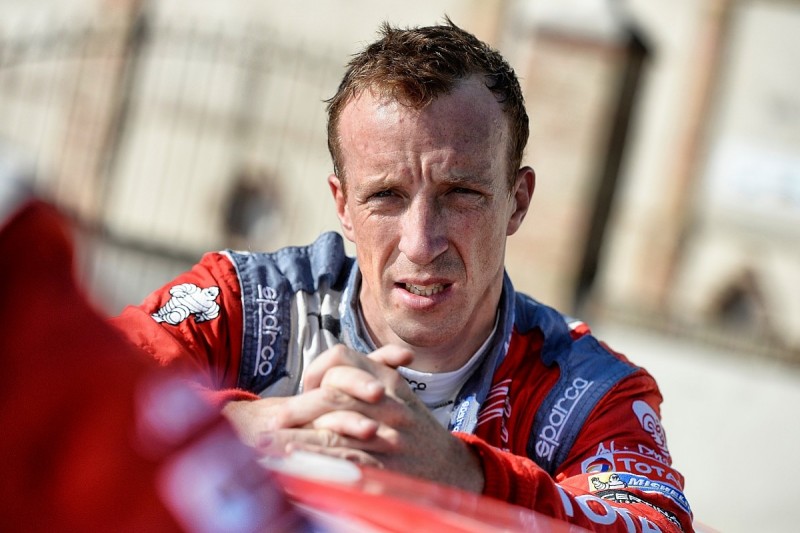 Meeke's primary objective in Spain was to get comfortable on the Tarragona gravel, where he's struggled in recent seasons.

Despite the early setback, fastest time on the day-ending Terra Alta test demonstrated Meeke had found some form on the loose.

"That's what I wanted from Friday," he said. "I wanted to come away from there feeling I'd got on top of those stages and I felt confident with them.

"Then we rolled on the first stage! That was a stupid thing though, we only dropped 15 seconds with the roll and we were genuinely pretty unlucky, it just caught the bank and tipped us over. Onto the wheels and away we went.

"By the end of the day, I was quickest in Terra Alta, and I was happy with that. That was progress.

"But on Saturday there were just a few wee annoying things. They have to stop."