Nine-time WRC champion Loeb, who tested twice with Citroen last season, returns to drive the factory C3 WRC in Mexico, Corsica and Spain this year, while Breen will tackle the remaining 10 rallies.

While Meeke is delighted to see Loeb returning, he hoped it would have been in a third car.

"I am really pleased Sebastien is coming back," Meeke told Autosport.

"Dare I say it, he's not exactly a current driver, having been away from the sport full time for five years, but he's still a nine-time champion and there's no better exponent of our sport.

"He's a very, very high-calibre driver and it would have been fantastic to see him back full-time in the team.

"That said, one thing I don't think is correct is taking Craig out of the car for those three rallies.

"OK, this isn't my decision, but for me, Craig has done enough last year and he absolutely deserves the second seat and a full-time drive this year."

Breen was Citroen's highest-placed driver in the championship for much of 2017, his first full season in the WRC's top class. 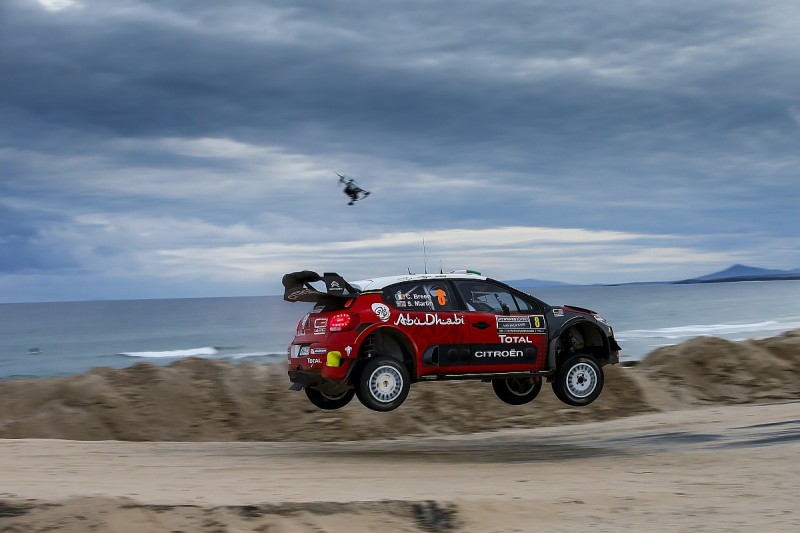 Meeke said he had concerns about the impact of sitting out rallies on Breen.

"I've been there enough in the years gone by to know how much a driver benefits from being in the car for the complete season and, I think, that's what we should have done," he added.

"It's not really right that the guy who's building the experience has to stand aside."

"We have seen good reliability from Craig last year, but now we want to see him challenging for the podium positions more often and then, maybe in the second half of the year, on rallies where he is more experienced, maybe he could be fighting for the win," he said.

On its return to the WRC as a factory team, Citroen struggled for much of 2017 and finished last in the manufacturers' championship - although Meeke won two rallies.

"I'm pleased with the testing we've done and with the way the car's looking," Meeke said of 2018 preparations.

"We've made some improvements and we've got more to come.

"We'll be aiming to score heavily at Monte Carlo and in Sweden in order to get off to a good start in this second campaign."