The Ford privateer made a surprise late switch to DMACK ahead of last week's Rally of Portugal, making the decision to change from Michelin at the last possible minute, just days before the start.

Impressed with what he found, Ostberg wants to consider his options before deciding what he will do at the next round in Sardinia.

Ostberg suffered a puncture in Portugal, but he refused to blame DMACK for his ultimately troublesome event.

"I don't blame the tyres for a shitty rally," said Ostberg.

"It's been a tough one and we've had some punctures which I cannot explain, but it's like that.

"You gain sometimes and lose sometimes.

"It was a big call to change the tyres, if it had gone well, with my form, we would have been fighting at the top.

"At the moment I make no decisions for the future." 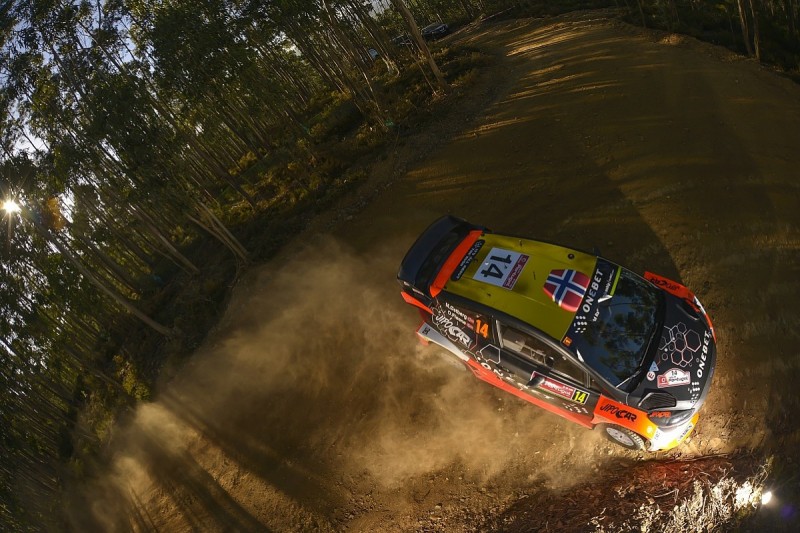 He said he had been tempted to try DMACKs by Elfyn Evans's near-win in Argentina and was impressed enough to commit to them for the rally.

"I had no idea what the tyre would be like, so I tried them at the Monday test before the start and I had a good feeling," Ostberg said.

"I said: 'let's try them and see what the benefit is'.

"Also, economically it was a decent decision.

"We saw in Argentina they were giving some benefit to Elfyn, but I don't think the benefit was the same [in Portugal]."