Evans won Rally GB in 2017 driving a Fiesta WRC on DMACK tyres, as opposed to the standard Michelins, and challenged pacesetter Ott Tanak on the event last year before an electrical issue.

While the back issue he suffered in a non-championship event in Estonia meant he missed the rallies in Finland, Germany and Turkey, Evans has logged significant test mileage in a Fiesta R5 and the works M-Sport Fiesta he will use on Rally GB.

M-Sport chief Wilson said his team had done all it could for Evans.

"He's got a new car and we just want him to go out there and use it," Wilson told Autosport.

"We've seen the car's got the speed to win in Wales - we've done that for the last two years - and we've seen how Elfyn's matured and developed in the last few years.

"He knows what he's capable of.

"Basically, the advice from us is to go out, put the thing on its doorhandles and drive it as hard as he can.

"He's got nothing to lose and he's going to give it everything."

The main disadvantage for Evans will likely be running in an unfavourable road position, as he will be some way behind an optimal top-three starting road position in ninth.

However, he is hoping the extra preparation time his injury afforded him will give him the edge when he joins what will likely be an intense battle between the three championship protagonists. 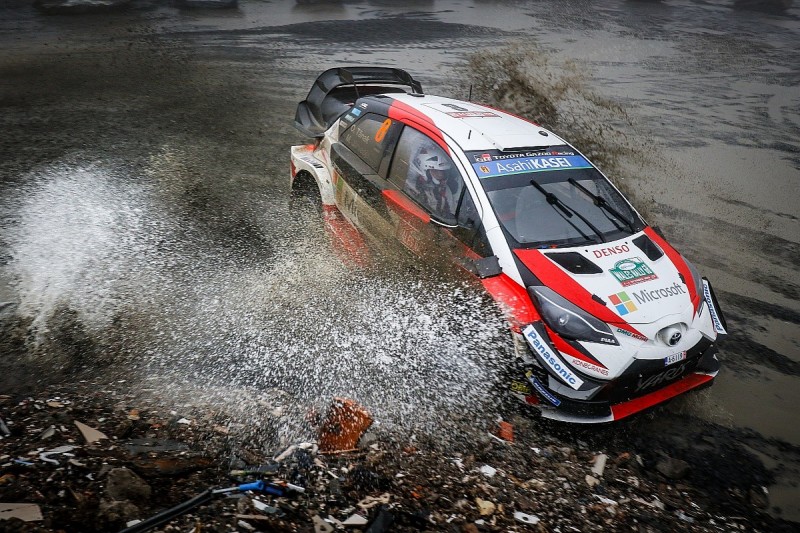 Tanak led most of the event last year but gifted the win to then M-Sport driver Ogier when his radiator was damaged on the Sweet Lamb Hafren stage - which he described as the lowest point of his career.

Asked about the 2018 issue that cost him victory, Tanak said: "We have driven these kind of corners a few times and not had this problem, I think we can be pretty confident as a team [that it won't happen again].

"The gap in the championship is closer now, but we have three rallies to go and we know that we were fast on each of them last year.

"Now we just have to finish the job, starting in Wales."

Rally GB kicks off with a new ceremonial start in Liverpool, and then move on to a competitive stage at the Oulton Park circuit. Friday triggers the usual action in the mid and north Wales forests.