Esapekka Lappi will not be ready to fight for the 2018 World Rally Championship title despite his Rally Finland win, says his Toyota team-mate Jari-Matti Latvala

But Latvala, who is Toyota's title hope in the first season of its new Tommi Makinen-run WRC programme this year, said Lappi's inexperience will still be a stumbling block next season.

"For the championship he needs a little bit more experience," said Latvala.

"There are still rallies where he has not been, like Mexico, and when you want to fight for the title you need to have done all of the rallies."

Lappi began 2017 on testing duties for Toyota as it ran only Latvala and Juho Hanninen until it had a third car ready from the Rally of Portugal in May.

Prior to moving up to the top class this season, Lappi spent two years in WRC2 - winning last season's title - but had competed in the Finnish and European championships before then so has limited experience of the WRC calendar. 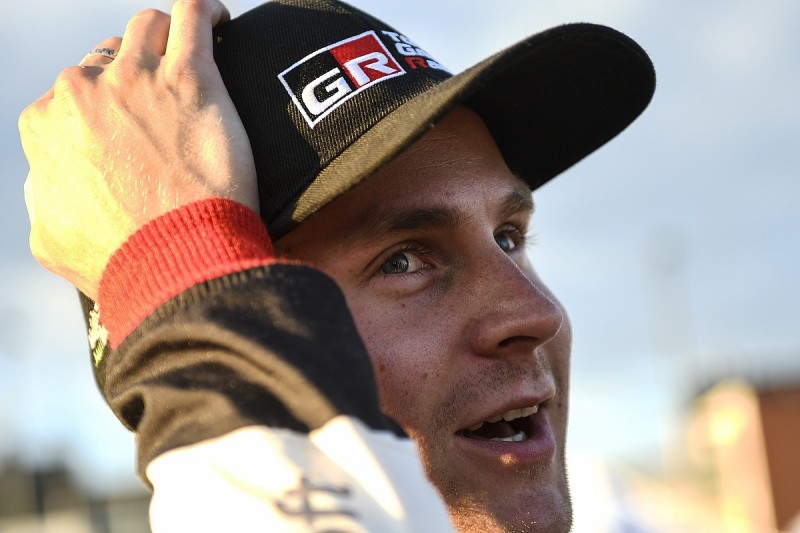 He agreed with Latvala's assessment and played down expectations for the next WRC round in Germany.

"As we saw, I have good experience from Rally Finland - that was my sixth time competing there.

"But next week in Germany, that's not in my comfort zone.

"Argentina and Mexico I have never done and you need to be [competitive] in every rally for the title.

"It's a big challenge if I even want to talk about the championship.

"The priority for me is to get the experience from the rallies and to make the results consistent and then at a higher level."

Lappi and Latvala are both confirmed for Toyota next season, but Hanninen is expected to be dropped.