Kalle Rovanpera was “on another planet” on his way to a dominant Rally Estonia victory, according to Toyota World Rally Championship boss Jari-Matti Latvala.

The 21-year-old again outlined his skills in slippery conditions to reel in team-mate Elfyn Evans before going on to claim victory by more than a minute from the Welshman.

Rovanpera saved his best until the final powerstage, which was described by team-mate Esapekka Lappi as the “craziest stage” he has ever driven due to desperately wet roads.

However, Rovanpera tamed the conditions to stun Evans by 22.5 seconds to secure the five bonus championship points.

The Finn has proven to be a master in wet weather having triumphed in Croatia, Portugal and Kenya and now Estonia when rain has wreaked havoc.

Reflecting on Rovanpera’s crushing victory, Latvala admitted he is at a loss to explain how his driver is able to deliver such performances.

“I don’t have any more words to say with the surprises Kalle is bringing to us,” said Latvala.

“Once again, when the conditions are getting difficult and extreme, Kalle is phenomenal.

“I don’t know where it is coming from, he is on another planet when the conditions are difficult.” 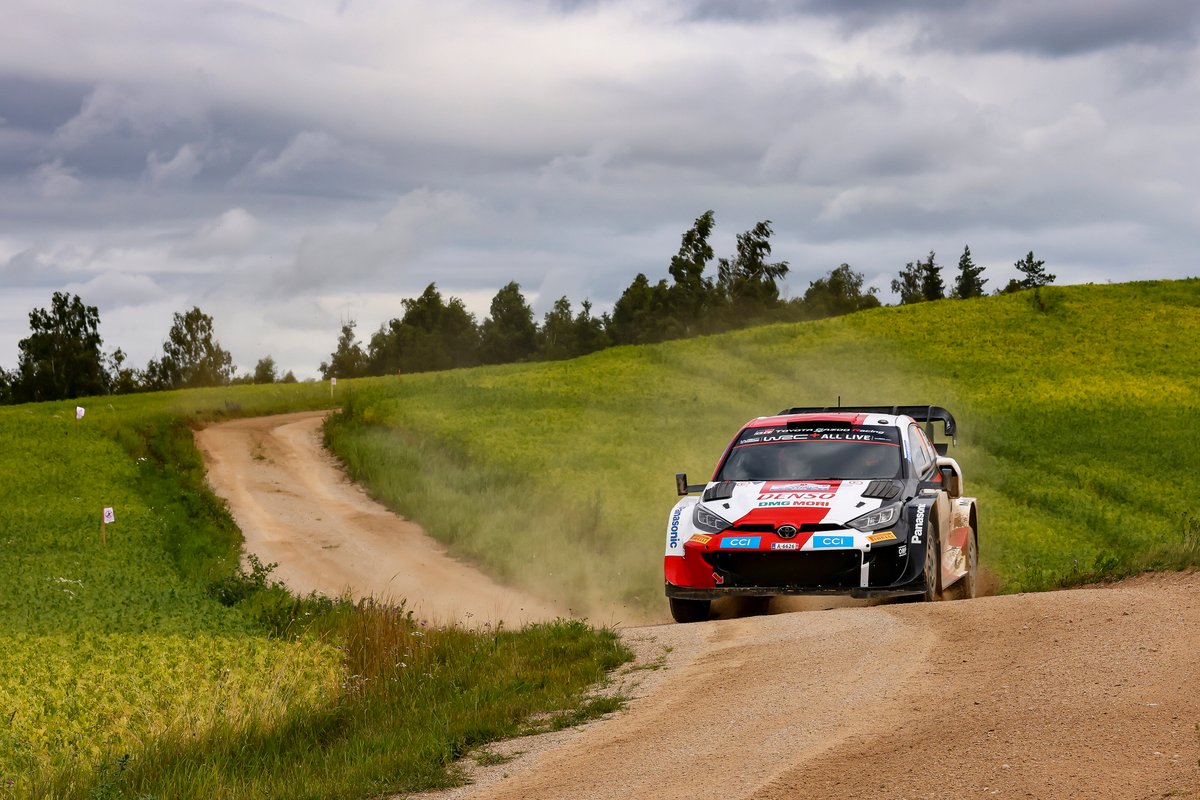 Latvala feels it is only a matter of time until Rovanpera secures the title to become the youngest-ever WRC champion, eclipsing the record currently held by 1995 winner Colin McRae.

“If he keeps going like this is, it's just a matter of time when he wins the championship," he added.

“But we have to remember in the past we have seen championships that have been lost at the very end when it has been looking like they are won in the mid-season.

“We still need to be realistic. He doesn’t need to win the events anymore to secure the championship so he has all the tools in his hands.”

Rovanpera’s latest triumph in Estonia arrived 12 months on from securing his maiden WRC win at the event, which has since opened the floodgates to six more rally victories.

When asked how he has been able to achieve this run of form, he said: “Of course the first one is always more special but I think since last year we have got a lot more experience and we can be more comfortable in the car and manage the situations a bit better.

“The feeling of course is really, really good. It was an amazing result this weekend.

“We started first car on the road and basically the Friday morning loop was the only loop we couldn’t match the pace but, after that, we were in the fight all of the time and managing it really well.

“The powerstage was a big push from us. I saw that in this weather you can make some differences and I tried to push a bit and still be a bit safe. I was enjoying the driving.”