A Latvala win would help his Toyota team-mate Tanak's pursuit of the drivers' title by taking points off Ogier, but Toyota is also keen to defend its lead in the manufacturers' championship.

Latvala, who last won on Rally Sweden in February last year, said: "I'm here and I want to fight for the victory tomorrow.

"It's been one and a half years since I won last time and that's a long, long, long time. The motivation is almost higher than ever."

Latvala added, however, that he needed to control his approach to Sunday's final five stages. 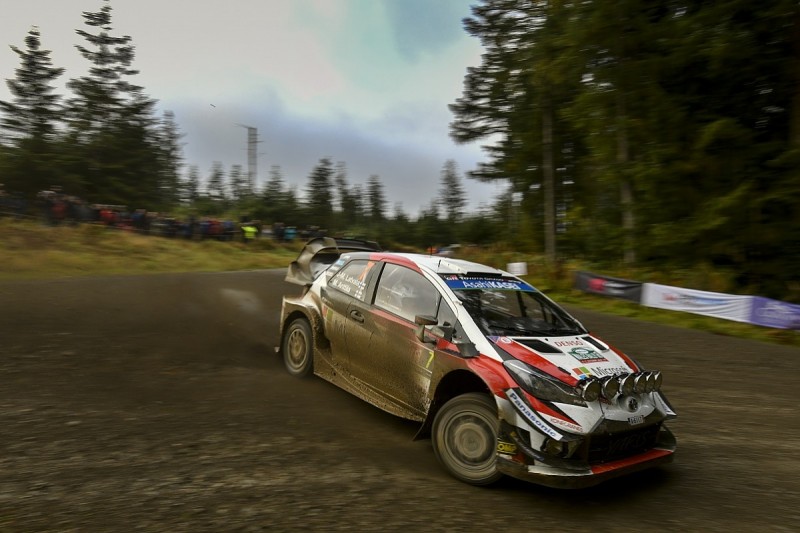 "The motivation is so high," he added, "and that's why I need to control myself and calm down my head a little bit.

"I won't think so much to the tyres or anything like that, tomorrow I focus on the driving and doing the best performance possible. I want this one."

Ogier admitted he expected Latvala to put up a fight. "I know he can be very fast," said Ogier of Latvala.

"I tried to speak to him earlier, I tried to tell him to think about the manufacturers' - I was telling him it's very important and he has to think to this!

"He didn't really get it and his answer was that he hasn't won for one and a half years and he really wants to fight for it and I'm sure he will!"

Ogier added he felt for title rival Tanak, admitting the Estonian had been uncatchable in his Yaris.

"It's a bit of a surprise to be in the lead," he said. "In the moment I learned about Ott I felt for him.

"He was flying, faster than all of us - it's hard to believe.

"We had hard luck in Turkey, this is how the rally is sometimes."