Having won on his last two WRC appearances in Portugal and Finland, Meeke could become the first British driver to take effectively three successive wins since Colin McRae did so in Argentina, Cyprus and Greece in 2001.

But Meeke pointed to his limited experience in Corsica and lack of pace last year as reasons why he and co-driver Paul Nagle will struggle.

"Last year Corsica wasn't strong for me," said the Citroen driver, who was fourth in 2015.

"I was pretty pathetic there. The conditions were horrendous and there was no way I could start to try to explore the speed or the limit of the car. It was really bad from that point of view.

"So, with a formbook like the one I have in Corsica, my hope is to change it, turn it around and get some rhythm back on those stages.

"I'm certainly not going to Corsica with any thoughts of a hat-trick."

Meeke added that Corsica's notoriously fickle mountain weather made the event even tougher.

"Corsica's a hellish tricky event and that's before you really start to think about the weather, which can change in no time," he said.

"The first stage is straight into it with 49 kilometres [30.44 miles], so you have to be really careful to try and make sure you find the rhythm or you could be a long way down after the first stage.

"I'm not thinking about beating Sebastien Ogier or anybody like that.

"I'm not going there with a fixed idea of beating people and I certainly won't be concentrating on Seb and trying to get a third win in succession."

OGIER FOCUSED ON WIN BUT TITLE IN MIND 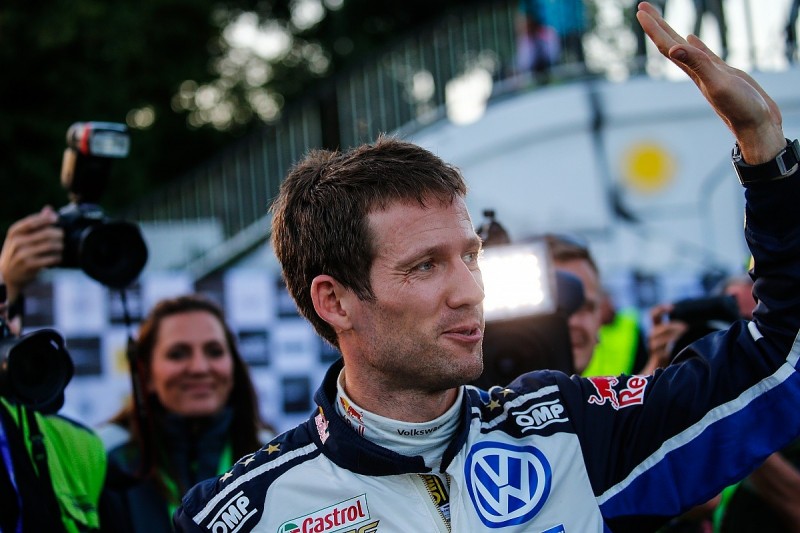 Ogier could clinch his fourth consecutive WRC title in Corsica, but only if he can extend his current 59-point championship lead to an 84-point advantage.

Though the three bonus points available from the powerstage create extra permutations, effectively Ogier needs to win with Volkswagen team-mate Andreas Mikkelsen not scoring and to add a few more points to his gap to Hayden Paddon, Thierry Neuville and Jari-Matti Latvala too.

"I go to Corsica to fight for the win as usual," Ogier told Autosport.

"And I've never won in Corsica before, so I hope I can change that.

"But, like always when I start a rally, I give some thoughts to the title and I know I have this mathematical chance to win - so maybe I can't give myself 100% to the fight.

Ogier just needs to score 53 more points this year - equivalent to fourth places on all four remaining rounds and five points from powerstages - to be sure of the crown regardless of what his rivals do.