Latvala was reportedly critical of both the German manufacturer and Ogier over their time together, but the Finn says he was misquoted.

"These words were not mine," Latvala told Autosport. "I didn't say Seb refused to talk after tests. The words were a bad translation.

"I was really upset about this, it's not my style to talk about a team and a driver in this way and I would like to apologise to both Seb and the team for any upset caused.

"But they know me well enough to know this isn't me."

Last week's Monte Carlo Rally runner-up was talking about life at Volkswagen alongside Ogier and how different it was to his experience with Mikko Hirvonen at Ford. 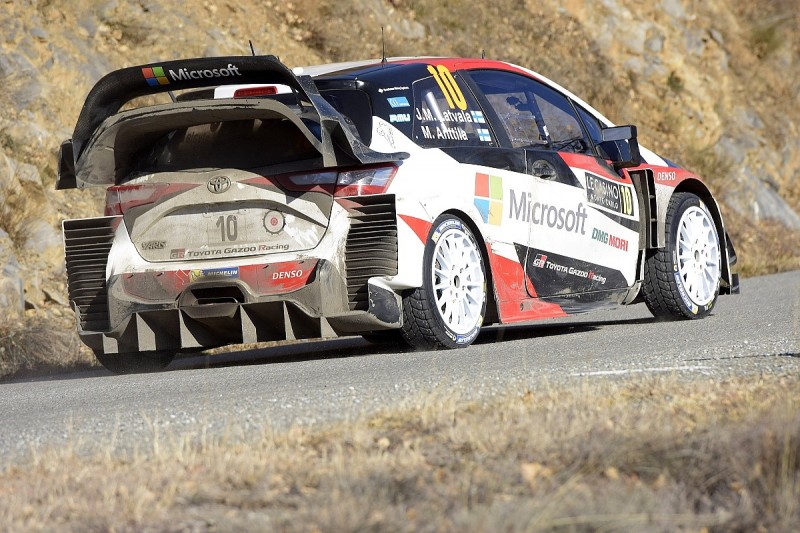 "When I was at Ford," Latvala explained, "Sebastien Loeb was so dominant.

"Mikko and I had to work together to try to beat him, we couldn't do it on our own.

"When I went to Volkswagen, it was different. There was nobody there to help me try to beat this new Sebastien.

"When you are in the same team as a four-time world champion, you are alone and I had to fight against him in a different way with a different philosophy.

"This was what I was saying."

Latvala admitted the way of working at Toyota was more reminiscent of Ford, adding: "Now I am back working with Juho [Hanninen] and the two of us are working to try to beat Ogier. It's more like Ford again."