Hayden Paddon says he reached a World Rally Championship career low in Argentina last weekend, 12 months on from his maiden win there

The Kiwi's troubled start to the year continued in Argentina, when he rolled on the second stage and then suffered mechanical issues with his Hyundai i20 Coupe WRC for the next two days.

He ended the event a distant and despondent sixth.

"Winning in Argentina last year was definitely the high point of my career, but this event was the opposite," he said.

Paddon will use a two-day test in Sardinia to start making wholesale changes to his i20 in an effort to bring the car set-up closer to what he wants. 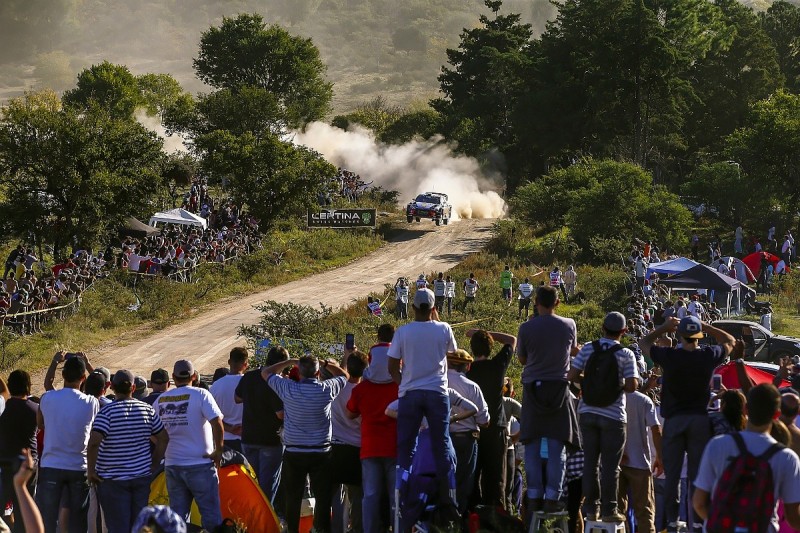 His driving style differs to that of team-mates Thierry Neuville and Dani Sordo.

"The team and the engineers are fully committed and focused on helping me get the car how I want it," said Paddon.

"I drive the car a lot from the rear and that's quite different to the other two guys.

"My style's not as smooth as Thierry's, but we've spent time trying to adjust my driving style to match his and it hasn't really worked.

"Now we're going to work more on the car. The team has got some good ideas that we can try at the test."

"I can understand how disappointed he is," said Nandan.

"But you have to consider that in every sport you have ups and downs.

"We will help him to recover and get back to success."