Hyundai Motorsport elected to use Saturday’s running at Rally Estonia as a glorified test for Rally Finland following Toyota’s dominance at the front.

The South Korean marque has so far avoided the reliability issues that have plagued its i20 N so far this season, but was unable to produce the pace required to challenge the lead Toyotas of Kalle Rovanpera and Elfyn Evans.

Four-time Rally Estonia winner Ott Tanak briefly challenged then leader Evans and Rovanpera on Friday, but has since dropped to third and gradually slipped to more than minute adrift of the pair through Saturday.

Team-mate Thierry Neuville has also struggled for confidence on the fast gravel roads limiting his pace. The Belgian ended Saturday in fourth with a 1m22.7s buffer to Toyota’s Takamoto Katsuta in fifth.

Sitting comfortably in third and fourth, Hyundai elected to use the afternoon stages to test varying set ups on its cars to help prepare for next month’s Rally Finland, which also features similar fast gravel stages.

“It has been a smooth day with no dramas,” said Tanak.

“We have been discovering a bit more with the car and making some good steps, so from that point of view it has been a productive day.

“We have been doing all we can to find a positive way forward, looking at lot for the next rally in Finland. There are definitely areas we have found to improve; the potential is there.

“We need more development on the car, for sure, but it’s been encouraging.

“There’s only one day remaining and nothing really to push for in terms of our position, but the rally itself is still quite interesting – the conditions are constantly changing, and we need to stay focused.”

Neuville added: “We used the opportunity to test a few different things on the car, but overall, it’s been about making it through safely.

"We have seen that we struggle in certain situations, which we need to work on, but it’s all good preparation for Rally Finland where we hope to make a step forward.” 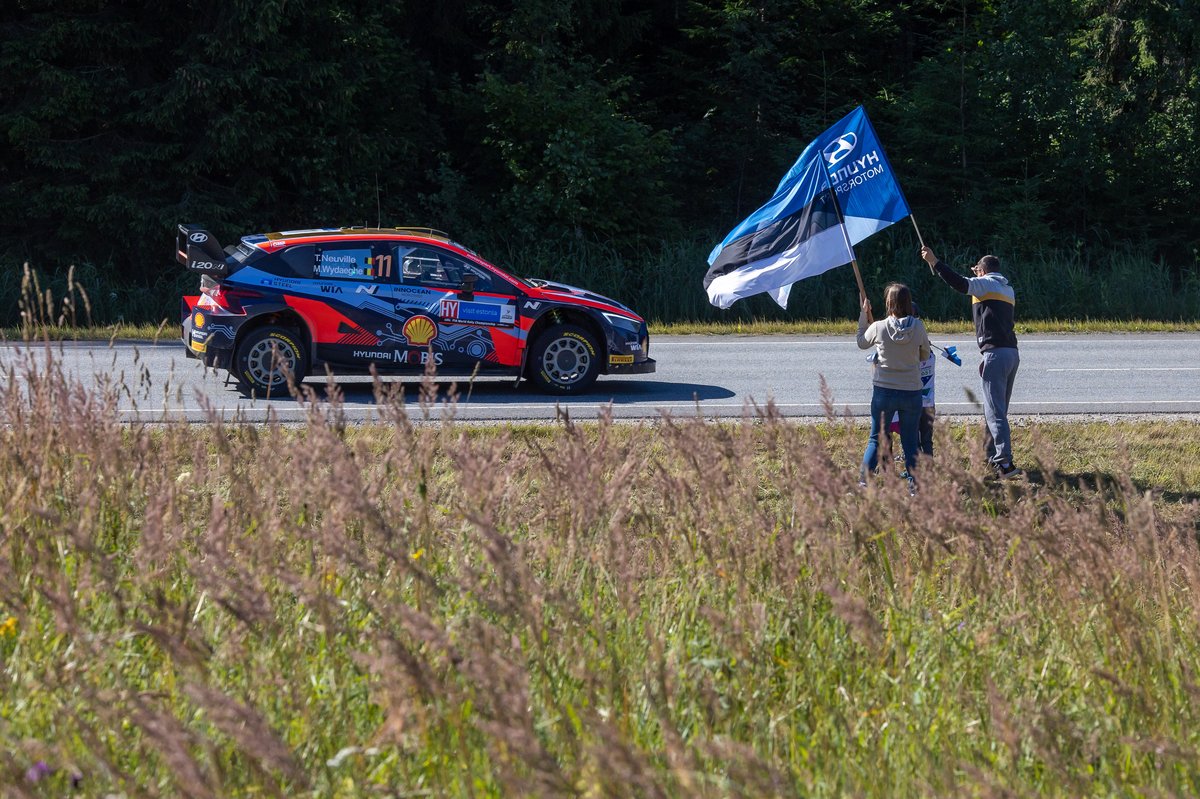 The team’s third entry, driven by Oliver Solberg, did offer some encouraging signs as the Swede came close on three occasions to scoring a maiden stage win in the final three tests of the day. M-Sport’s Adrien Fourmaux denied Solberg the fastest time on the day’s final stage by 0.1s.

Solberg, the son of 2003 world champion Petter Solberg, did however escape a wild sideways movement over a jump that required an impressive save.

“Things have been getting better today. We have been able to push and set some fast split times,” said Solberg.

“I am getting increasingly confident in the car. I just need more mileage. I have never done this type of road in the WRC, nor in this car.

“We had a huge moment in SS16 after bottoming out in a rut, sideways over a jump – this is proper rallying! I was happy to set some top-four times this afternoon, improving our pace despite not pushing too hard. We will keep working and making progress.”

Evans had "no answer" to Rovanpera's WRC Estonia pace