Hyundai to review fundamental issues with i20 N WRC car

Hyundai Motorsport will conduct a review of the basic elements of its i20 N as it bids to improve its World Rally Championship challenger.

The South Korean marque’s i20 N came under scrutiny from its drivers during last weekend’s Rally Estonia as the team were unable to match the pace of the front running Toyotas.

A late decision to commit to the new-for-2022 Rally1 hybrid regulations has left Hyundai playing catch up to its rivals Toyota and M-Sport Ford, with the team admitting that it is behind with the development of its i20 N.

The car has shown glimpses of outright pace with Ott Tanak winning Rally Sardinia in June but a series of reliability concerns have plagued the season.

The team had been optimistic heading into Estonia, and while serious reliability issues were avoided, drivers reported a lack of grip and balance, which restricted the squad from taking on the Toyotas.

Tanak stated that there were “fundamental things that didn’t go right” with the car’s development before its debut at the Monte Carlo Rally in January.

Hyundai deputy team director Julien Moncet has acknowledged the complaints from his drivers and says a review will be undertaken to understand how to improve the i20 N.

The team does have access to homologation jokers, which act as tokens, that WRC teams can use to improve homologated aspects of their cars. These, however, can only be used in certain periods of the season.

Moncet says the team is yet to use any of its five jokers designated for developing the chassis and transmission area.

“The only positive point of this weekend is that the cars made it to the end without major reliability issues compared to some other races, and especially Kenya, so it is quite an achievement so we can be pleased with that,” Moncet told Autosport. 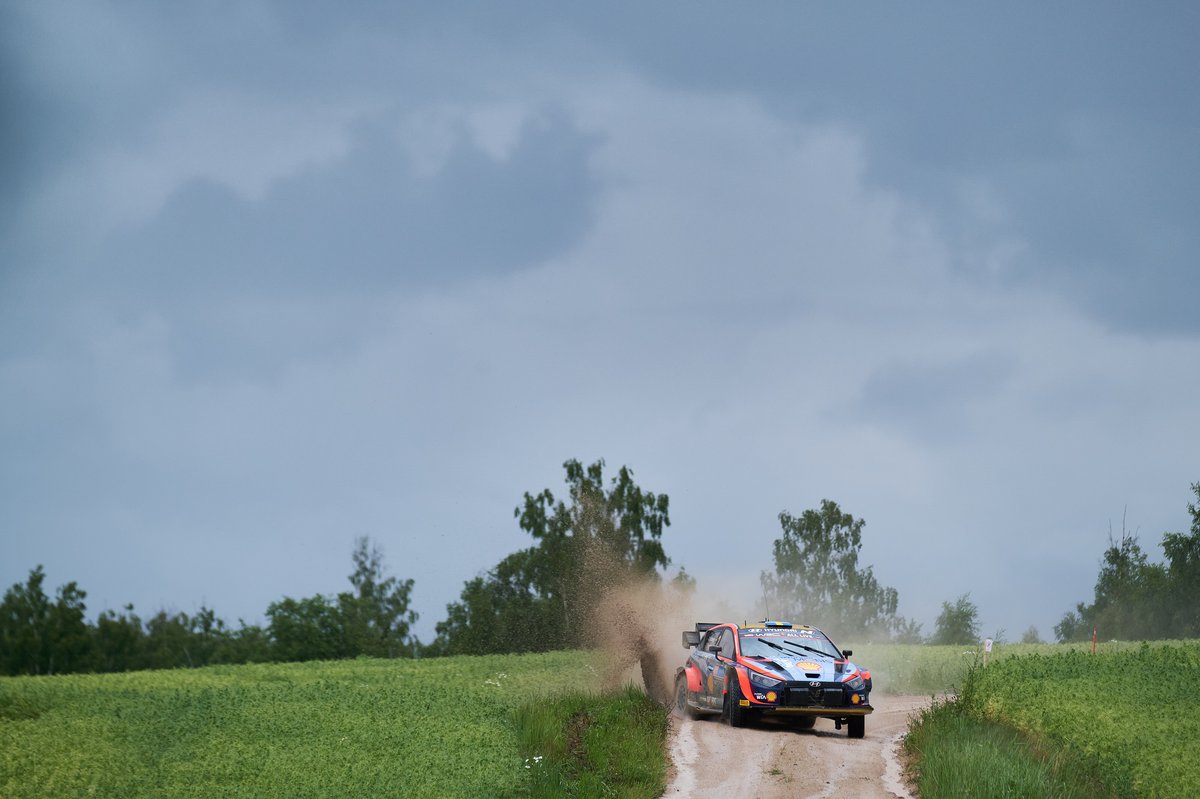 “Honestly heading into Estonia I was quite optimistic. I thought we could fight for the win because we have had some good performance on gravel and we have good power on the fast straights.

“We also have Ott as one of our drivers so I was thinking we had a good combination to fight for the win, but obviously we are far from that and you only have to look at the results.

“I have to agree there are some basic elements of the car that we have to review, some can be addressed without jokers, but the big ones need more than one joker I guess.

“We will need some time to make it happen and we have to understand which direction we need to go. That is maybe the first thing we need to ask ourselves.

“The drivers were complaining about the stability of the car and there were some other complaints, but they are not easy things to change.

“We have a lot of work and development to do and hopefully we can do it as soon as possible. We will have to check what we can do within the homologation regulations.

“We have always be running behind time and we have had a lot of reliability issues, and now we can see we need to push more on development.”

Hyundai is planning to head to its new Finland test base this week to work on developing its i20 N ahead of next month’s Rally Finland.

“We will go to our base in the next days to work on our development and set up for Finland,” he added.

“I know some of the competitors will not do a test before Finland, we will. It will be to again prepare the set up for the next race and we will try to understand which direction we have to go to rework the fundamentals of the car.”

WRC Estonia: The Good, The Bad and a rain master