Hyundai Motorsport has strengthened its gear levers after Ott Tanak suffered a bizarre failure that prompted an impressive on the road fix to keep his Safari Rally Kenya hopes alive.

Tanak was left to improvise during the Friday’s opening stage when the gear stick on his i20 N fractured before snapping clean off in his hands while tackling Kenya’s challenging gravel stages.

The 2019 world champion was able to quickly find a solution to continue running but lost 36.4s in the process.

In the gap between stages, Tanak and co-driver Martin Jarveoja were able to mount a wheel brace to the remains of the gear shift in order to change gears. The initial fix was enough to navigate through Stage 3 before the pair were able to strengthen it for the morning’s final stage.

Tanak admitted that he had never experienced such a situation during his rally career, but didn’t panic in the circumstances.

“It is not panic, the lever is gone and you need to figure out how to continue," Tanak told Autosport. “Panicking is never going to take you forward.

“I will never retire, in the end it was quite an easy fix. For the middle stage it was not perfect but for the long one we managed to get it in a really good shape.

“It was definitely frustrating to get an issue into the first stage but I would say we managed to figure it out quite well and the time loss was quite a minimum so, 20s or 30s in Safari is not so much.

“We are fighting more with the rally itself than the other guys it is quite a big challenge.”

Luckily, Tanak was able to recover much of the lost time to climb from 11th to third come the end of the day, thanks to a mixture of strong pace and issues for his rivals.

Hyundai deputy team director Julien Moncet confirmed the team moved to strengthen its gear levers before the afternoon loop of stages and was impressed with Tanak’s quick thinking.

“For sure, he showed the dexterity to sort out the issues,” Moncet told Autosport. “We try to support them as much as we can with the parts in the car to fix it. The first attempt was not so good but the second one was much better.

“We improved the gear levers for the afternoon as that is definitely something that should not happen, and it was a mistake from the team, but in the end he is still fighting for the podium.”

Tanak wasn’t the only Hyundai driver to encounter issues as Thierry Neuville lost almost minute to a power loss caused by his i20 N ingesting a significant amount of sand, before picking up puncture later on. 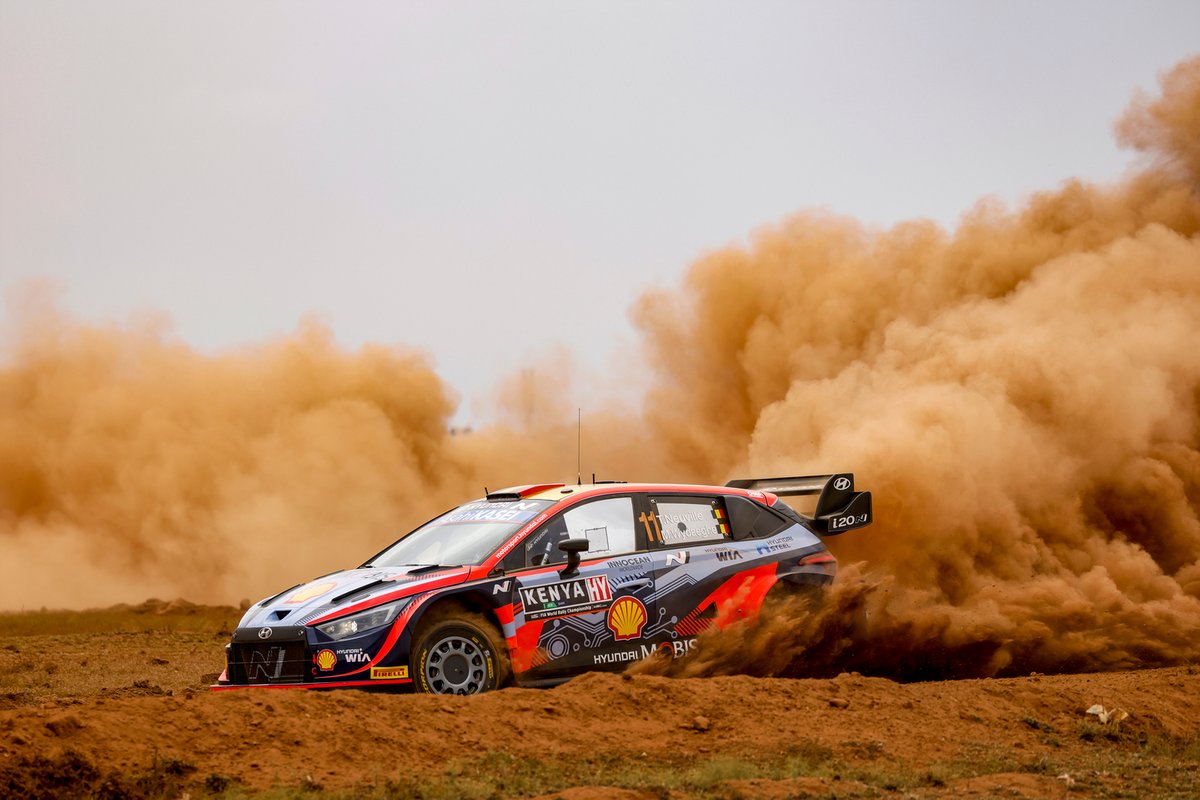 “It has been very challenging, unfortunately all three Hyundais got hit by trouble in the morning but this afternoon was a bit of a turnaround,” Neuville told Autosport.

“It was better afternoon for the team. It was still not trouble-free for me, we had a puncture and dust inside the car, and the visibility was close to zero at some points and I was breathing very hard.

“Obviously it is six rallies in a row now that we have had trouble. It gets harder every time to accept but others have had trouble, and it reminds me that the rally isn’t over, anything can happen.”

The team's third entry piloted by Oliver Solberg ended Friday seventh overall after the Swede struggled with the set-up of his i20 N.

“The last stage was the toughest of my life, it was very sandy and so rough,” Solberg told Autosport.

“It has been a very tough day, I’m struggling a lot with the car but we have to just drive the event and survive. Sometimes you have to drop down to 10kmh in the sand as you cannot see anything you have to almost stop.”