Hyundai Motorsport has released the first official pictures of its 2022-specification Rally1 car in action. 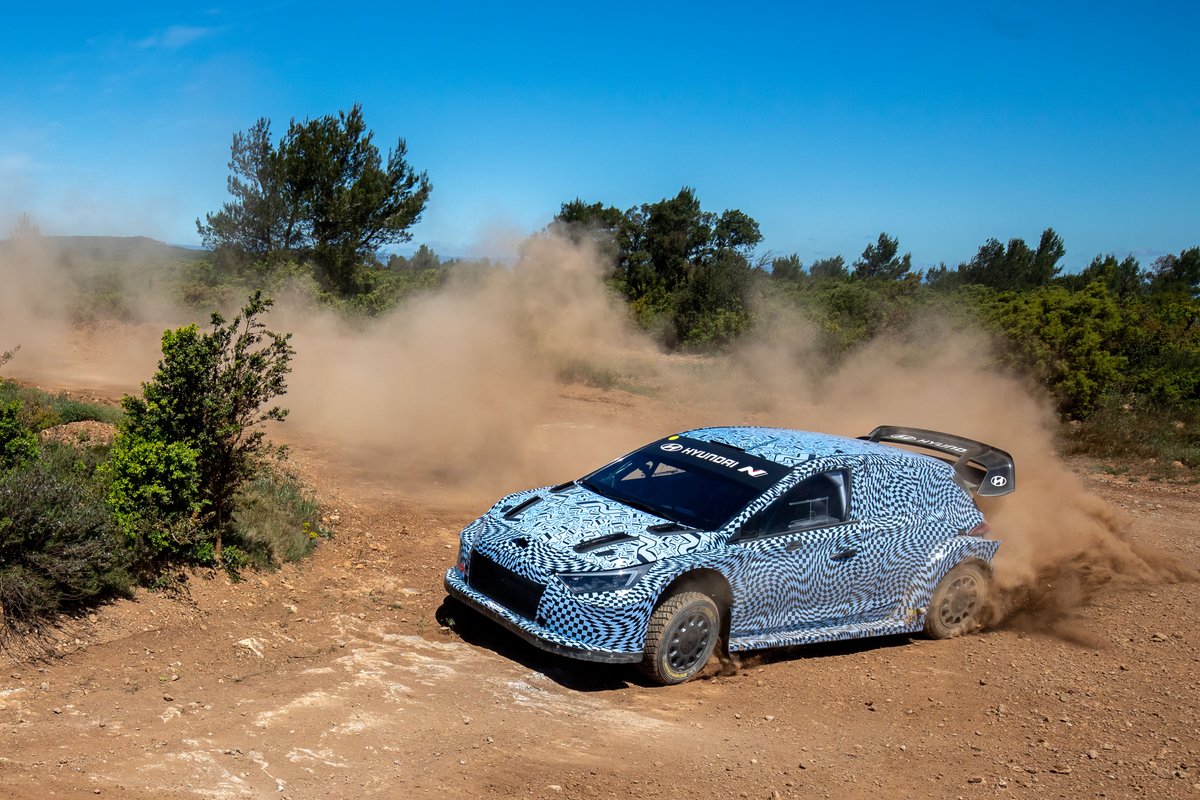 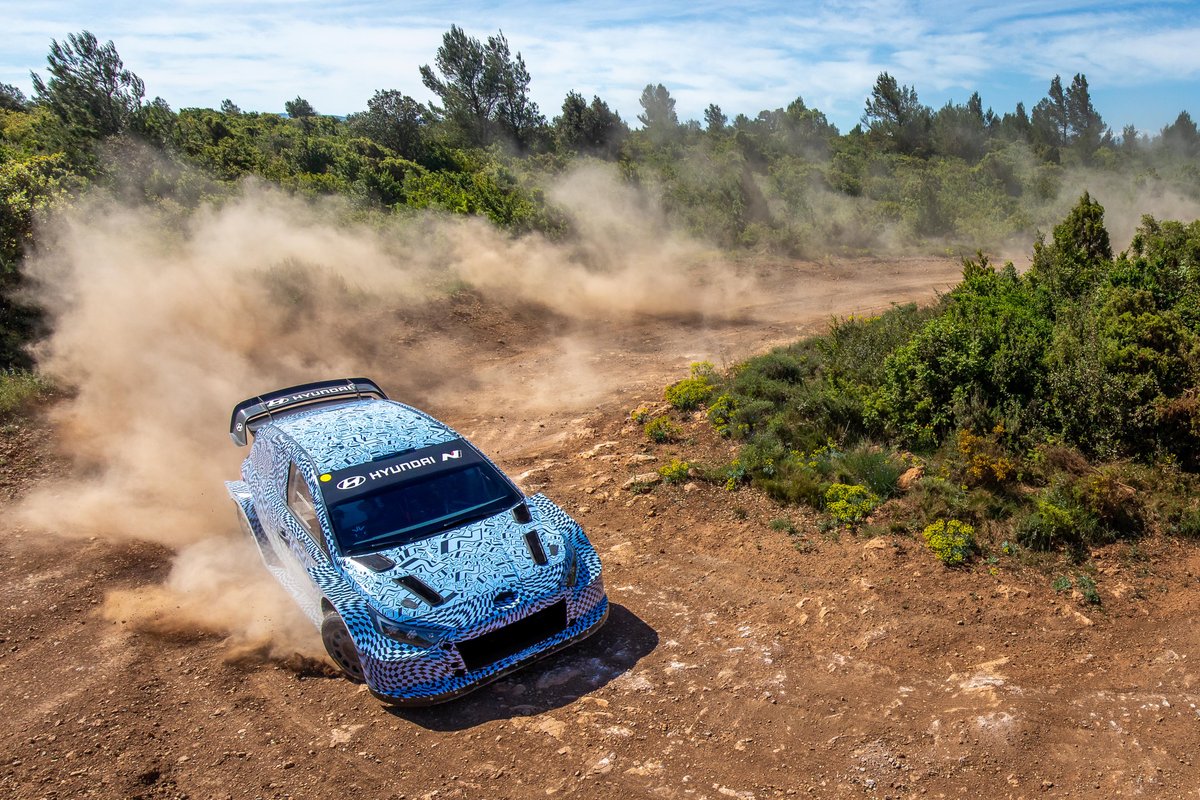 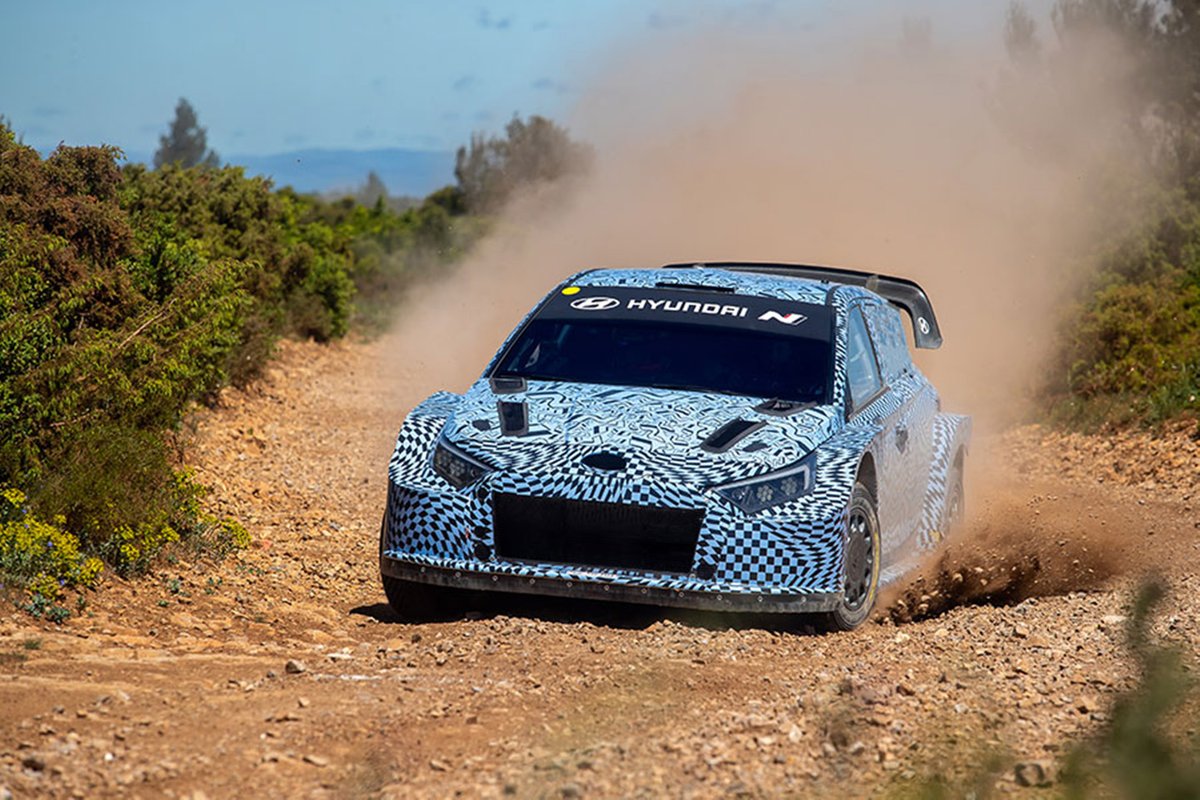 The heavily camouflaged car was driven in anger for the very first time in the south of France this week.

It is the first phase of an “intense” European-based testing plan for the hybrid-powered supermini and comes just days after the prototype completed initial system checks at the squad’s base in Alzenau, Germany.

Following the test, which was conducted on rough gravel roads, Adamo praised those working on the project, saying they had done an “amazing job”.

Adamo vowed Hyundai will leave nothing to chance in the months ahead in the wake of M-Sport Ford and Toyota Gazoo Racing ramping up their respective Rally1 programmes.

“It’s a special moment when you take a car to the road for the first time and as always there are some challenges to face,” said the Italian.

“In the case of the 2022 Rally1 challenger, we are starting from scratch with brand-new rules, a different concept and a new base model – the Hyundai i20 N.

“It was thrilling to kick-off the testing and to start this exciting new adventure.

“During the test session we have seen interesting things, some that need to be changed and improved but it is all part of the process and of the job,”  added Adamo.

“The team at Hyundai Motorsport has done an amazing job and has worked so hard to prepare the car for the first test in such a short amount of time.

“Of course, we are just at the beginning of a long journey but I do think we have interesting times ahead of us before Rallye Monte-Carlo 2022.”

Hyundai was the last of the World Rally Championship's three teams to receive the go-ahead for work to begin on the project. After weeks of uncertainty, confirmation to proceed came from the company’s board back in March.

Since then, work has been gathering pace despite a recall taking place recently on the Rally1 car’s hybrid kit. Developed by Compact Dynamics, the e-motor and battery pack are both key components of the new rules cycle that remain in effect until 2024.

Based on Hyundai’s i20 N road car, work is being led by Christian Loriaux following his departure from M-Sport Ford earlier this month. That decision, he said, was influenced by the chance to take ownership of another top-flight WRC programme.

The Korean team teased its heavily camouflaged car on its social media channels earlier this week and follows M-Sport in publishing the clearest images yet of how its World Rally challenger is shaping up for next season.