Hyundai has joined the race to sign Ott Tanak for the 2020 World Rally Championship, with team boss Andrea Adamo declaring he has no qualms about chasing a 'superteam' line-up

Adamo's opposite number at Toyota, Tommi Makinen, has always talked of the need for each of the four WRC manufacturers to have a top-line driver to help maintain the parity of competition in the series.

Amid increased talk of high-level discussions between Hyundai and Ott Tanak, Adamo said he had a different stance.

On the subject of negotiations with current WRC leader Tanak, Adamo said: "I think for someone like Tanak you have to have a lot of money, and I don't know if I have that money.

"So far I try to look after the people who work loyally with me and, in the future, we can see what we can do.

"At this moment, I have drivers in contract with Hyundai. I think it's [been] quite nice from them. Up and down, but we have seen in Sardinia if you manage these human beings - not only them but the whole team - in the proper way you can have a good performance.

"On the other hand we cannot deny Tanak is a strong driver and I think he's one of the three at this moment that can fight for the championship."

Tanak's two-year agreement with Toyota is up at the end of this season.

Though he leads the championship and has won seven rallies with Toyota, relations between him and the team are understood to have cooled following the steering issue that cost him a win in Sardinia last time out. 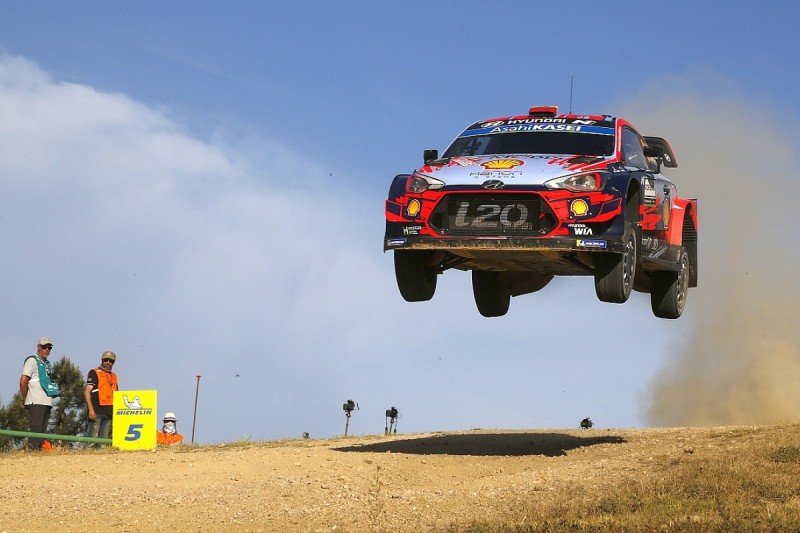 Hyundai's Dani Sordo, pictured above, picked up that victory, with team-mate Andreas Mikkelsen getting third.

Tanak has already been linked with a possible return to M-Sport, but Autosport's sources indicate Hyundai is fast-becoming the most likely option if Tanak does move next season.

The championship leader would not be drawn on his plans beyond the end of 2019, only reiterating his desire to get his future sorted early in order to focus on what is looking increasingly like a down-to-the-wire title fight against Citroen's Sebastien Ogier and Hyundai's Thierry Neuville.