Hyundai announced its decision to bench the Norwegian in favour of nine-time WRC champion Loeb for the second time in four rallies on Tuesday.

Mikkelsen, who was previous dropped for April's Corsica round, is due to return to the Hyundai i20 Coupe WRC for the following event in Italy.

"We need to move forward as a team and make the most effective use of our versatile crew line-up. Sebastien and Daniel [Elena, Loeb's co-driver] had a competitive event in Chile and have found a good feeling in the car on gravel.

"We felt their contribution would allow us to increase our points-scoring potential in Portugal.

"We are trying hard to find a way to get Andreas's confidence back and we are sure he will approach his next event, Sardinia, in the same way he was able to in Argentina.

"When you have a line-up like ours and look at the results from Chile, it's necessary to react quickly." 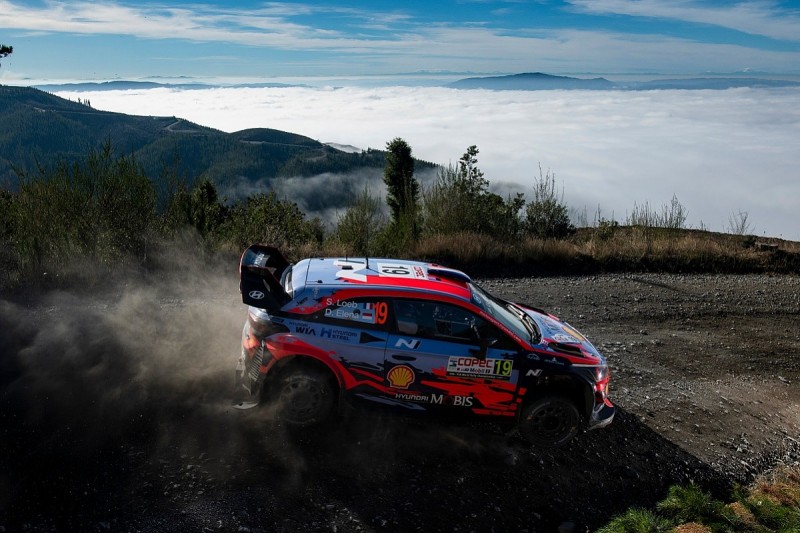 Despite the most recent round in Chile being Loeb's first on gravel in an i20 Coupe WRC - and his first full-gravel WRC round for more than a year - Mikkelsen only managed to beat him on one stage.

Loeb finished Rally Chile challenging for second place, and ultimately secured third, while Mikkelsen - who looked to have bounced back from a tough start to 2019 with second in Argentina a fortnight earlier - was 4m39s behind winner Ott Tanak without any mechanical problems aboard his car.

Loeb said: "I had a great feeling with the Hyundai i20 Coupe WRC in Chile, which was shown by our podium finish.

"I am pleased to have the chance to build some important momentum by taking part in Portugal. This is an unexpected decision, but I am feeling in a positive frame of mind and determined to get another strong result for the team."

Portugal will be Loeb's fifth start for Hyundai this season, where he will drive alongside Thierry Neuville and Dani Sordo.

He is contracted for six outings, with the final outing expected to be October's Rally Spain - unless the team can persuade him to do more.

When asked by Autosport if he could be tempted to do more rounds, Loeb replied: "Do more rounds? No, I don't do more."