The Italian has kept Hyundai at the top of the WRC manufacturers' title race for much of the 2019 season since being installed as team director for the 2019 season.

But having watched the gap to second-placed rival Toyota dwindle from 44 to eight points, Adamo is hoping to buck the trend on this week's Rally Turkey.

"We all know what we expect from Hyundai this year and there is pressure on my shoulders, but that is coming on top of the pressure I put on myself," Adamo told Autosport.

Asked how Hyundai could stop shipping points to Toyota in Turkey, Adamo replied: "It's not just Turkey, it's all the events in the future where we have to show we have learned from our mistakes.

"It's about procedures, controls, the organisation and a better understanding and enforcing of some points. 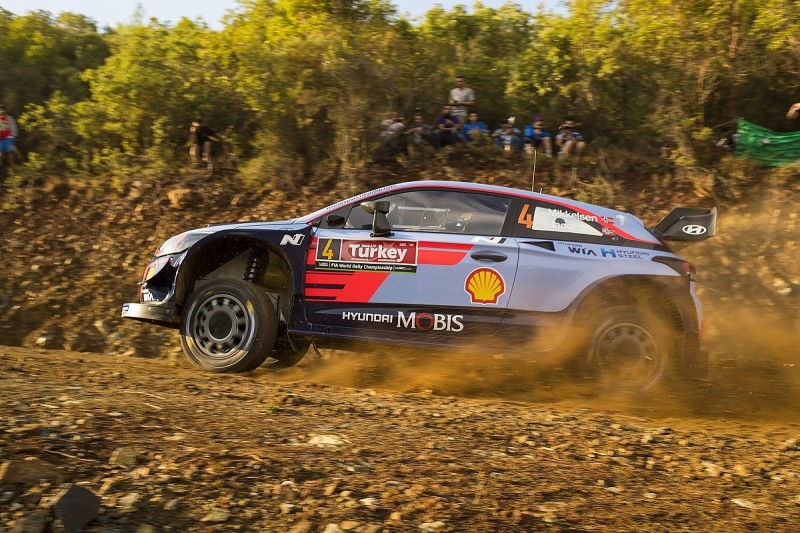 "My team has done some amazing things so far, but the level of performance has to be improved.

"We have had some small issues and these have let Toyota back in.

"If we take points instead of these small issues then things would look very different. This is what we focus on."

A frustrated Adamo said the team had to take more control of the season after watching Toyota score its first podium lock-out last time out in Germany, as Thierry Neuville suffered a puncture while fighting for the lead and Dani Sordo was in podium contention before gearbox issues.

"We have to be in control of our own destiny," he said.

"That means being high performing and reliable in every single area of our operation.

"We can't wait for others to have problems to get results. This is not how we should come rallying or racing.

"One of the worst things I heard said is: 'Ah, we stopped because of a €2 component failing'.

"If that happens then you are twice stupid - firstly for letting it happen in the first place and then secondly because if you'd spent €5 it won't happen."