Elfyn Evans has revealed that a hybrid issue forced him to retire from Rally Sweden following a crash on Sunday morning at the World Rally Championship event.

The Toyota driver, sitting second, was pushing hard in stage 16 when he lost the rear of GR Yaris on a long left-hander, resulting in a heavy impact with a snowbank.

Evans was able to continue with damage to the front of his car before stopping to make some repairs. It was initially thought that the frontal impact was the reason for his retirement, but the Welshman has confirmed that the absence of any lights on his hybrid system forced him out under the new FIA Rally1 regulations.

The incident was similar to the problem that forced Hyundai’s Ott Tanak to retire from the lead battle on Friday when a red light appeared on his hybrid unit.

In this situation, under the new FIA regulations, the team is unable to continue for safety reasons with the crew and team unable to touch the car until given the all-clear by hybrid suppliers Compact Dynamics and the FIA.

“Everything was going okay in the stage but on a long left hander we aggressively lost the rear end and it sort of snapped and unfortunately I wasn’t able to bring it back," said Evans.

“We were able to continue but then we had to stop to make some repairs in the stage. We managed to get going again but unfortunately we didn’t have the hybrid lights active and we couldn’t get them active, and we had to stop for that reason.

“Yeah, there has obviously been a few,” he added, when asked by Autosport if a second serious hybrid issue causing a retirement was a concern for the championship. “We knew this would be an influence. I feel a lot for Ott having to retire in those circumstances and I’m sure at some point it will happen, it is a bit of a lottery. It is not ideal.” 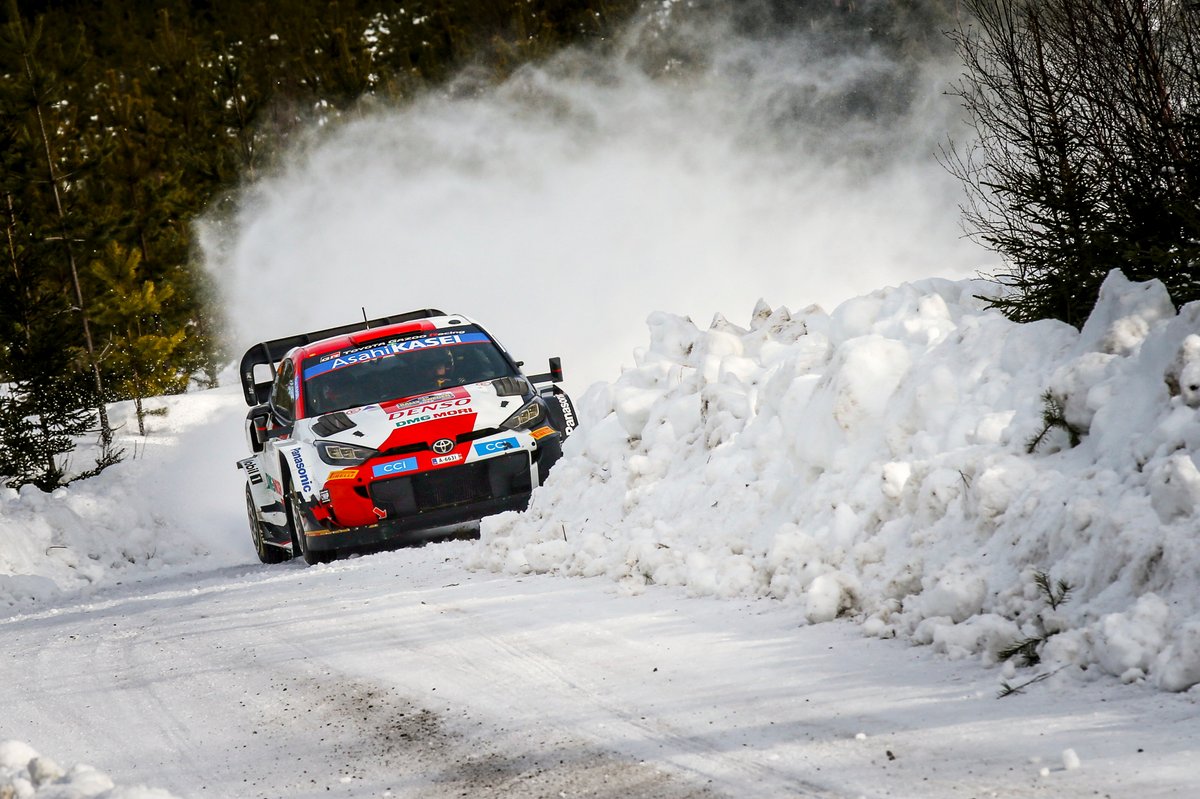 The crash occurred hours after Evans was handed a 10s penalty following his wild finish to Saturday night’s spectator stage.

Last year’s championship runner-up ended the stage by clouting a snowbank that forced him over a snow mound to reach the time beam. He lost a couple of seconds in the process to rally leader, but stewards deemed he gained an advantage, and breached rules by failing to use the defined route to the stop control line after the finish.

While Evans felt the decision didn’t play a part in his crash on Sunday morning, he disagreed with the penalty.

“I don’t think it had such a huge influence I was still focused on doing my best and that is all you can do in that situation," he added.

“I don’t feel it’s quite correct," he said when asked for his thoughts on the penalty decision.

“We already lost out, we lost like over second almost two seconds in the last corner anyway, so the assumption I gained time is not correct because after I hit the snowbank it took a long time to cross the finish line.

“The event afterwards, this is the bit I’m at a loss. I discussed with [co-driver] Scott [Martin] and I had the option to fly over the snowbank and arrive at the stop control, but there all the media is standing.

“Basically we are on the same road but there is this artificial snowbank that is out there to create the spectator stage at the end. Rather than put anyone in danger we continued to the stop control albeit slightly to the side of it facing the same direction and on the same piece of tarmac. We thought, in the light of safety and not getting stuck on top of the snowbank or risk blocking the stage that it was the only option [from a safety point of view].”