In a few short days, Elfyn Evans could become Britain's first World Rally champion in almost two decades and join elite company that includes Richard Burns, Colin McRae and Louise Aitken-Walker. She tells NICK GARTON what he needs to do at Monza

A framed copy of Autosport from December 1990 was recently restored to pride of place on the wall of the Aitken-Walker car dealership in Duns.

The 30th anniversary celebration of Louise Aitken-Walker's FIA Ladies' World Rally Championship title will, however, be on hold until Sunday as she joins the rest of the nation in watching this weekend's WRC action in Monza.

Elfyn Evans is preparing to take on the most important few stages of his career and he will find no more ardent a supporter than the former Ford, Vauxhall and Opel star, who triumphed alongside Swedish co-driver Tina Thorner.

Their title crowned a career which also featured Aitken-Walker claiming two victories in the Coupe des Dames at Monte Carlo, the Ladies' European Rally Championship title and an overall victory on Swansea's round of the 1983 British Rally Championship.

Just like Evans, Aitken-Walker's 1990 WRC season was measured over just seven events but she was unable to match the 100% finishing record that the Welshman has preserved in 2020.

A broken timing belt on the Tour de Corse was disappointing, but nothing compared with their terrifying plunge into a lake in Portugal. Aitken-Walker and Thorner were trapped in their inverted Opel Kadett until it hit the bottom, 30 feet down, barely and thankfully surviving one of the all-time great escapes of rally history.

With all that behind them, the pair took their fifth and final ladies' win of the year - and class honours to boot - at home on the RAC Rally. Being in a similar position to Evans and having built a near-impregnable lead, was still not enough for Aitken-Walker (pictured below, left, with Thorner) to approach the event with much confidence, however. 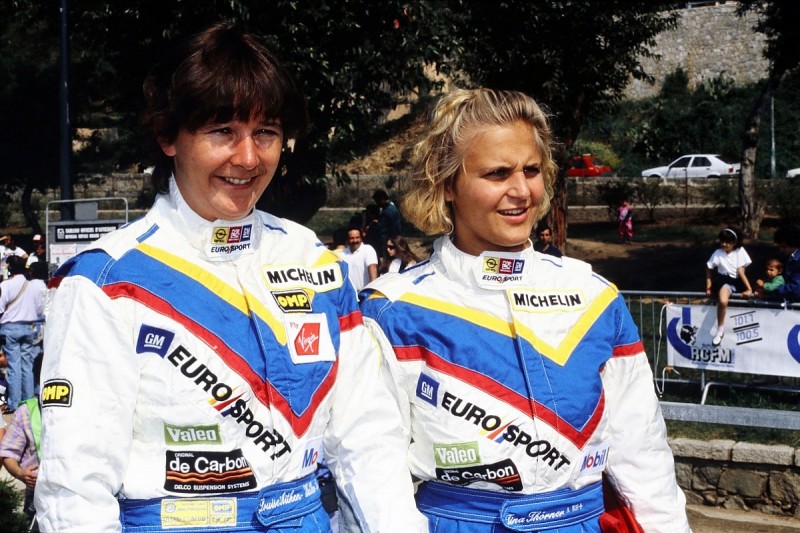 "I was pathetic, I couldn't do a thing!" she laughs. "Because we had to finish in the points and it was so nerve-wracking. You try to drive as best you can, as fast as you can, but you're so aware that your championship could go down the pan if the car breaks down or if you go off the road and all of this runs constantly round your head.

"But then you get to the finish and, oh my God, what a lift it is!"

The rally world was a very different place 30 years ago, in which the countryside flanking the route was filled with service barges standing on their door handles as crews rushed to get from one remote halt to the next. This brought the teams and crews into near-constant contact with the fans as they, too, followed the action.

A much calmer and more orderly approach may well prove to be a benefit to Evans, with the team able to enjoy the home-from-home surroundings of its service area, but for Aitken-Walker it is the memory of those fans that holds much of the magic.

"He's got to drive with his head, because there'll be mistakes made from others. Let them worry, because there's too much at stake. He just has to get to the end" Louise Aitken-Walker

"We couldn't believe it because it was such a big thing," she says. "It was the first title in this country and it was actually very tearful because there were so many people around us, so happy for us, I couldn't get over the enthusiasm of the crowds and they lifted us, they carried us a long way."

That moment of securing the biggest prize in rallying on home soil is one that Aitken-Walker shares with both Colin McRae and Richard Burns. The sight and sound of the rallying faithful will be absent for Evans at Rally Monza this weekend but make no mistake: the whole British rally community will be there in spirit.

"Everybody who is involved in rallying in this country is biting their fingernails ahead of this weekend. I'm so excited, but I'm very anxious," she laughs. "We're all behind him.

"I can't believe the excitement for the whole family. I've known Gwyndaf [Evans, Elfyn's father, below] all along and he will just be ecstatic with how this year's gone. We go a long, long way back as team-mates and competing against each other." 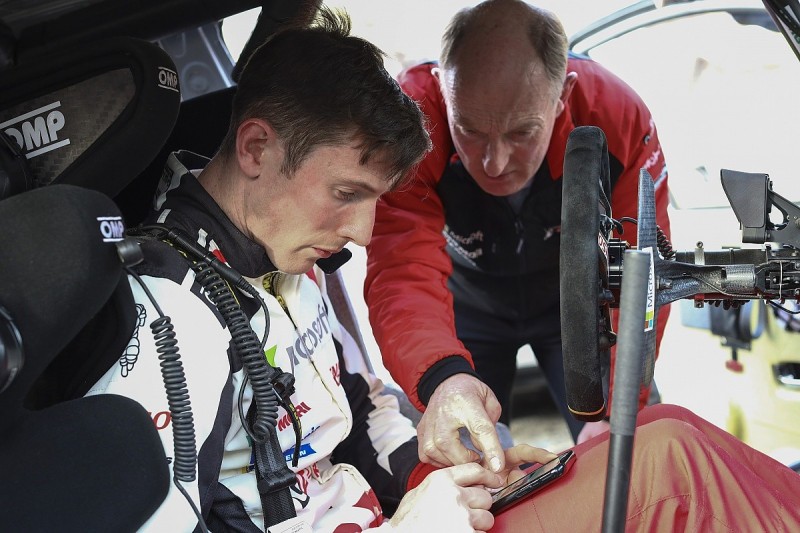 With only one British world champion's advice available to him, Aitken-Walker's guidance is clear: "I think the lad's got to drive with his head, because there'll be mistakes made from others," she says. "Let them worry, because there's too much at stake. He just has to get to the end.

"There's no need to try and win it; you've got yourself to this point and it will make no difference if you're second, third or fourth once you're world champion!"

The prospect of a showdown with such an illustrious team-mate as Sebastien Ogier looms large. Nevertheless, if there is one thing that Aitken-Walker is certain of, it is that both drivers will benefit from this farewell performance from outgoing Toyota team boss Tommi Makinen.

"Elfyn's got a great team manager who has won the championship four times," she said. "He will know how desperately that boy wants to win this and Tommi will be the very, very best team manager to get him to the end." 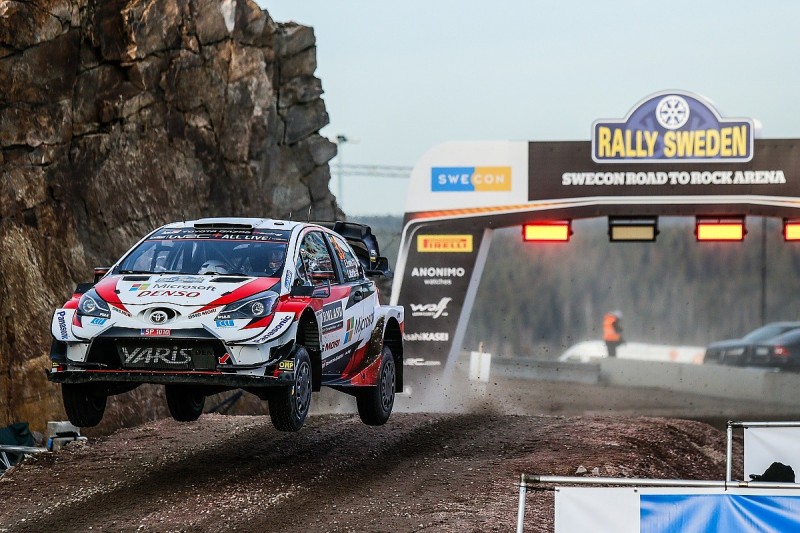