Huttunen made his Rally1 debut with M-Sport Ford at last weekend’s Rally Finland as the Finn graduated from his M-Sport WRC2 Fiesta for his home event.

The 28-year-old, managed by two-time WRC champion Gronholm, impressed despite only receiving one test day in the Ford Puma in Estonia prior to the rally.

Huttunen ran as high as eighth before a fuel pressure issue dropped him down the order. However, the 2020 WRC3 champion managed to recover to score two points by finishing ninth.

“I’m happy," said Huttunen. “I didn’t make any mistakes so for me that is the positive thing and I had a couple of good stages. To be honest there was too many problems with the car.

"In some places it was going well but it is difficult to trust the car with only one day of testing. I tried to learn all the time but that is why I am happy I didn’t make any mistakes. I was trying to go step by step but the limit is somewhere.”

Asked if he will push for more Rally1 outings, he replied: “Of course [I will push for] I don't think it will be nice to go back in the Rally2 cars now.” 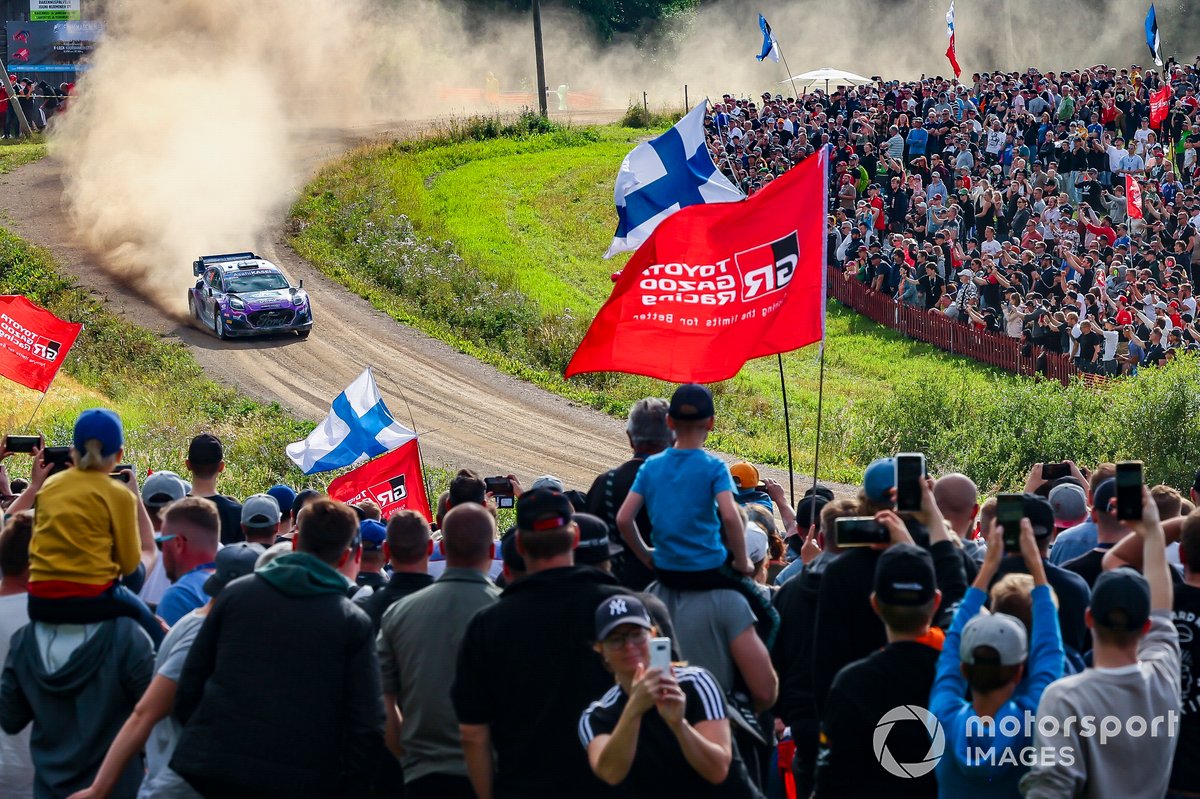 Gronholm says there is hope that Huttunen could be back behind the wheel of a Rally1 car, but revealed finding the required funding is a challenge.

“Of course we want to have him more in the car, but we need some good results and then we will speak with [M-Sport boss] Malcolm [Wilson] and let’s see what he can do. It is not easy,” Gronholm told Autosport.

“There is a hope. For the moment, he still has two more rallies to do with the WRC2 car to finish this season but of course we hope. This is now the first stage, so let’s see.

“It is really hard [on the sponsorship font]. To find the money to do this rally [in Finland], I’m exhausted.

“I understand Malcolm doesn’t have the funding and we need to find to somehow run and pay all the people and staff, it is not an easy one.”

Huttunen is set to return to his Rally2 specification Fiesta for next weekend’s asphalt outing at the Ypres Rally in Belgium.

M-Sport has headed to Belgium this week to complete a pre-event test with its drivers ahead of the third tarmac round of the season.