Gus Greensmith says M-Sport’s new Ford Puma has given him a package to show what he is capable of after claiming a maiden World Rally Championship stage win.

The M-Sport driver clinched a first stage win of his WRC career in style by beating multiple world champions Sebastien Loeb and Sebastien Ogier in their backyard in Monte Carlo.

Greensmith has emerged as one of the star performers from the opening two days of WRC’s Rally1 hybrid era having quickly gelled with the new M-Sport-built Puma.

The 25-year-old threatened the leading stage times on several occasions, before achieving a long held goal on stage 7.

It wasn’t without drama as teammate Loeb was last on the road, meaning he faced an agonising wait before being able to celebrate, after the Frenchman crossed the line 2.9s slower.

“I saw the time at the end and I saw what Seb Loeb had been like, so I thought maybe he will be able to pip it and either way I was happy with my stage,” Greensmith, who isn’t eligible to score manufacturer points this weekend, told Autosport.

“And then I got texts from my engineer saying he is 0.3s down, then 2.7s down [at the splits] and I thought it is going to happen - and then it did.”

“Someone said to me I’m the first non-French person to win a stage this year, so that is a good little accolade.”

Competing his maiden WRC season last year behind the wheel of M-Sport’s ageing Fiesta, Greensmith says the package masked his potential that is now being realised with the new Puma for 2022. 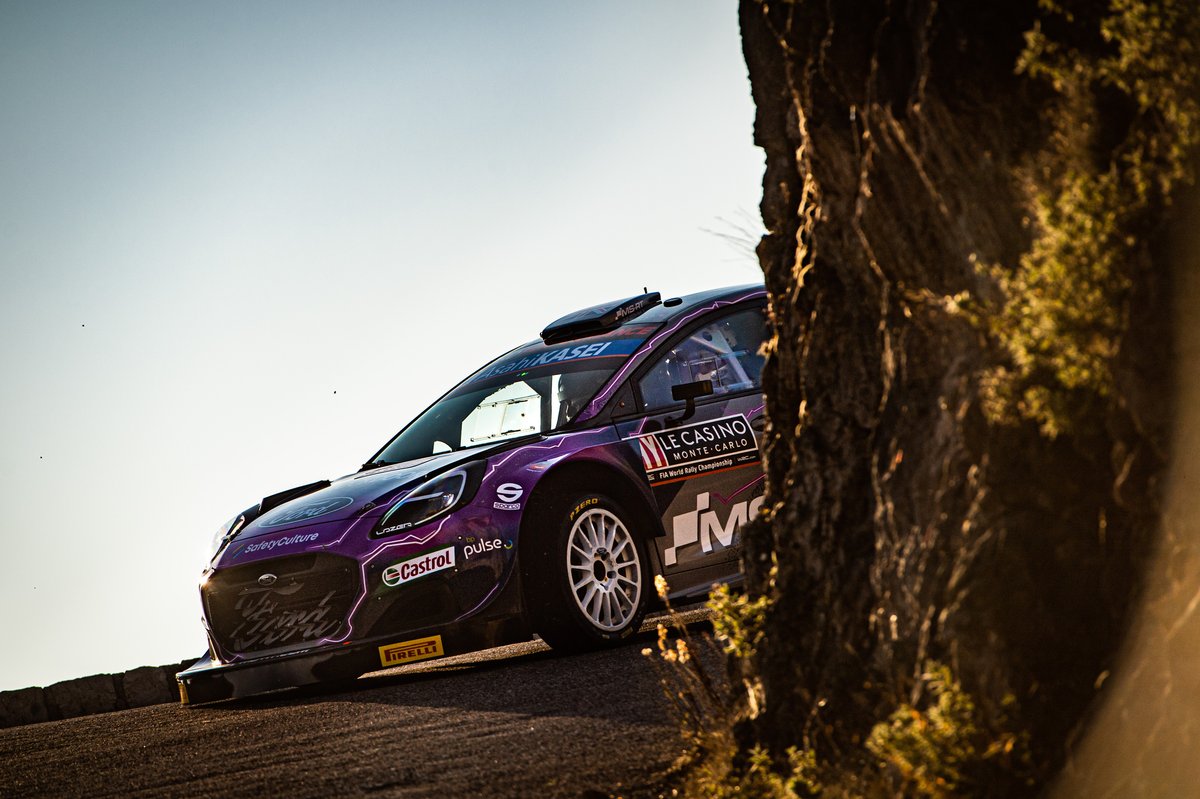 “Last year we didn’t have the package to be able to fight at the front, and we had to accept that," he said.

“This year we do, so it is one of those situations where you have to keep your head held high and pushing on and putting in the work, and first round of the season it is already paying off.

“There is no smugness from my side; it is what I’m capable of doing, and now I’m able to prove it,” he added, when asked if the stage win has answered some of his critics.

Greensmith sits seventh overall in the Monte Carlo standings, his time affected by a hybrid power issue during the morning loop of stages.

Loeb, driving one of three Pumas remaining, leads the rally by 9.9s from Toyota’s Ogier. Craig Breen sits sixth on his M-Sport debut heading into Saturday, while teammate Adrien Fourmaux retired from the event after walking away from a frightening crash on stage 3.