Gus Greensmith was left angry after being forced to kick his M-Sport Ford Puma's windscreen out to exit his rolled car while Safari Rally Kenya marshals looked on.

The M-Sport driver rolled his Puma onto its side after getting caught in a rut on a slow right hander during Stage 8 on Saturday morning.

Greensmith and co-driver Jonas Andersson were trapped inside the car for three minutes with safety marshals in sight of the incident.

As a result, Greensmith was forced to kick the windscreen out and to allow himself and Andersson to crawl out of the vehicle.

Greensmith was keen to extricate the car quickly after seeing Oliver Solberg’s Hyundai quickly catch fire from a hot exhaust following a crash in Rally Croatia in April.

A video has since emerged on social media showing Greensmith clearly irate at officials at the scene of the crash.

Speaking to Autosport in the service park, the Briton had calmed down but was still perplexed why marshals elected not to assist given the car was displaying a hybrid system green light, meaning it was safe to touch.

“We were just driving trying to finish the rally,” Greensmith told Autosport.

“We came into a long right that tightens into a medium right and it had some ruts in it.

“It was the same as last year and I still had the caution in the notes, but it lifted from the rear and I couldn’t turn out of the roll and we rolled.

“We were stuck in the car for three minutes because the marshals wouldn’t help.

“I had to kick the windscreen out to get out of the car because we saw Oliver’s car catch fire [in similar circumstances in Croatia], so I was thinking I want to be out of this car quite quickly.

“If the car was green, which is was, there is no reason why the marshals shouldn’t have helped.” 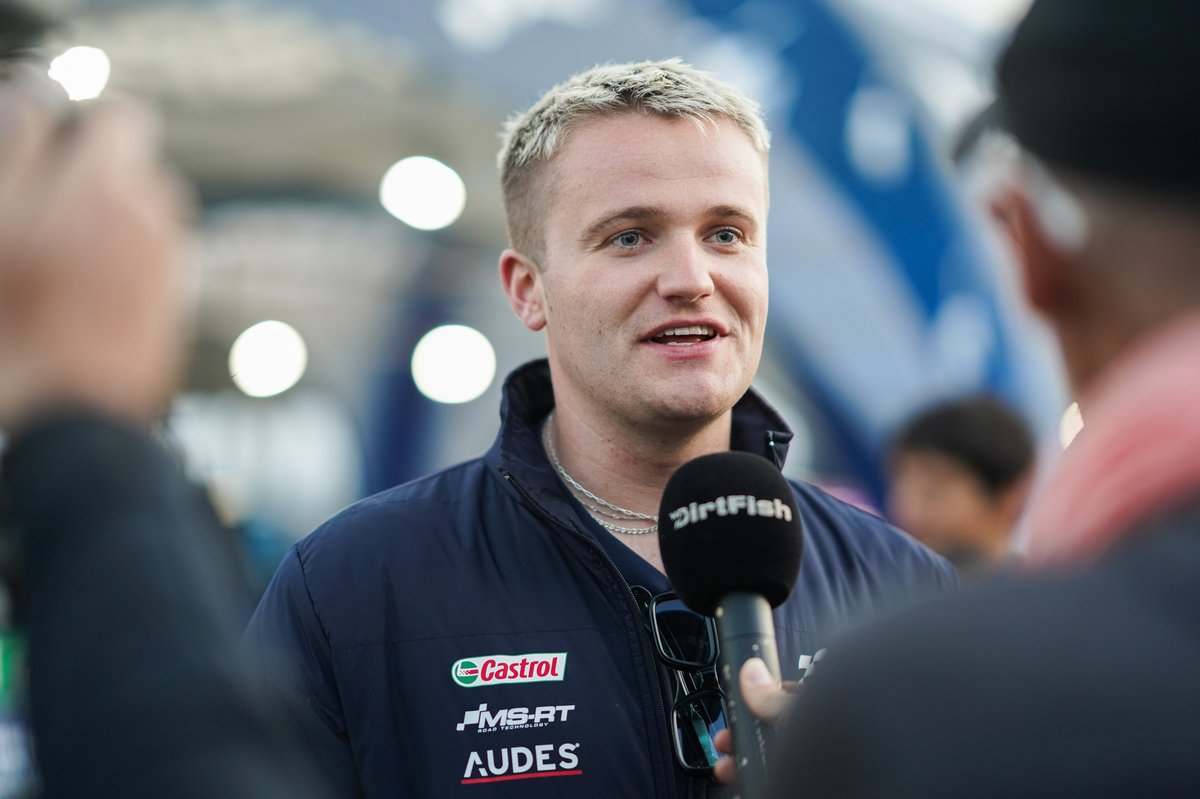 Greensmith managed to continue after righting the car, but was forced to drive wearing goggles given the car was without its windscreen.

“To be honest driving with the goggles it wasn’t too bad,” Greensmith added.

“I really don’t want to be saying this but it was quite enjoyable, it is something I have not done before but after about 100mph it is quite hard to breathe.

“I was driving pretty slowly to make sure I got the car to the end of the stage.”

While Greensmith made it to the end of Stage 8, damage to the cooling of his Puma forced him out of a rally that had started brightly before losing 13 minutes to a puncture on Stage 4.

“The rally started very well but since then it has been terrible rally for me,” he said.

“I don’t really want to comment on the other things that have happened.

“As much as it was not my intention to make a mistake today, and it certainly wasn’t how I was driving, but it has ended this way. I would like to be out there tomorrow but let’s see.”