When one thinks about rally legends Colin McRae and Carlos Sainz, the acrimonious 1995 World Rally Championship campaign springs to mind.

However, this public breakdown of a relationship between then Subaru team-mates doesn’t paint a true reflection according to Sainz, who insists McRae was his closest friend and one if his greatest rivals in the WRC.

Of McRae’s 11 full-time WRC campaigns, the Scot spent six alongside the two-time world champion (1990, 1992) known as ‘El Matador’. The pair spearheaded Subaru’s factory programme in 1994 and 1995 before Sainz’s split with the team following a controversial finish to the 1995 campaign. However, the duo would join forces again at Ford from 2000-2002, prior to a switch to Citroen in 2003.

But it was in 1995 when McRae and Sainz made headlines while fighting for the WRC title. At the penultimate round on Sainz’s home turf in Catalunya the Subaru team-mates were split by five points in McRae’s favour. After a string of lead swaps, Sainz led the rally heading into the final day by eight seconds.

With a one-two on the cards, then team principal David Richards declared that the result should be unchanged come Sunday. These team orders were not received well by McRae, who chose to ignore them and push his Impreza on the final day. The Subaru team were even forced to take drastic action by sending team member to the stages to try and slow McRae down.

In the end, McRae actually won the rally before checking in late to ensure the team orders were obeyed and Sainz claimed the win.

Quoted in the book McRae, Just Colin Sainz said about the incident: “I did not ask for team orders, I told them I didn’t want them. After two days I was in front and I was confident [to win]. And then the whole story turned and this was one of the most unfair situations. What was written about this rally many, many times now is not the truth.” 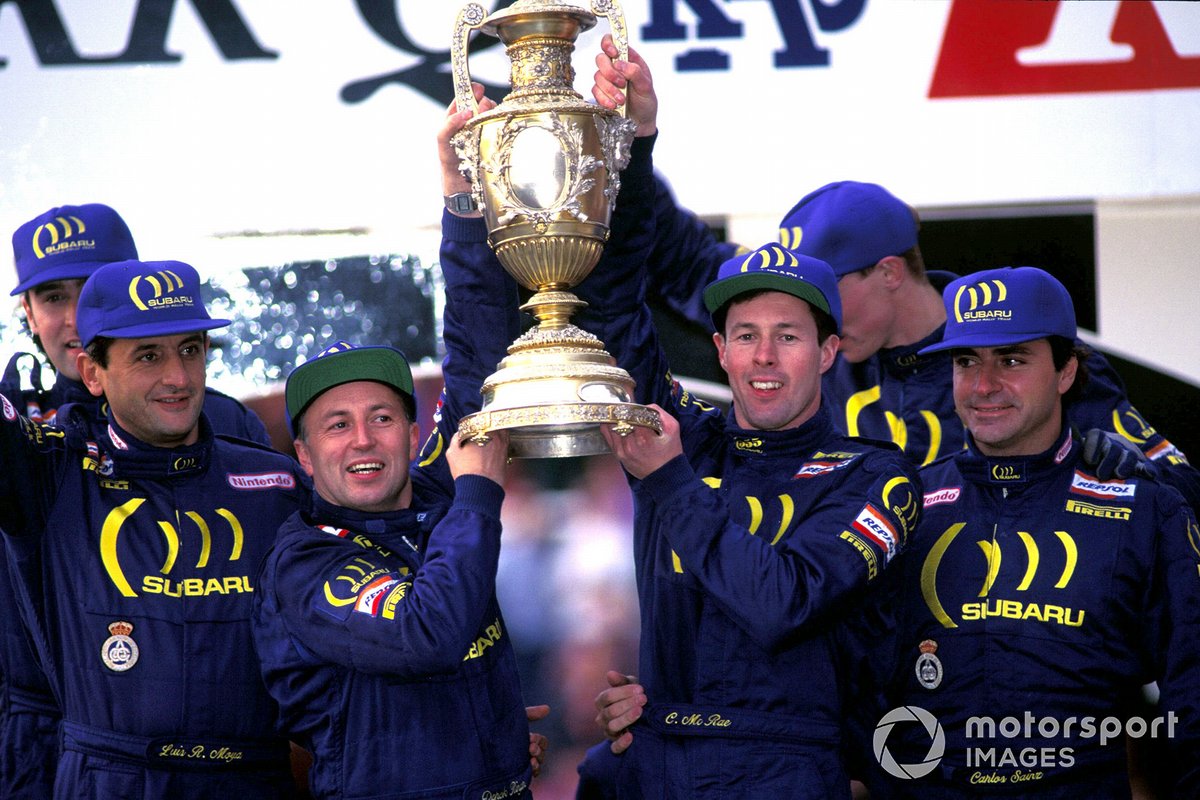 Tensions brewed between McRae and Sainz over the 1995 WRC title fight, but it soon passed to see the pair become friends

Ultimately McRae defeated Sainz to win the season finale in Great Britain to seal the title after a grandstand duel, having started the event level on points. But the damage to the relationship had been done, according to Sainz.

“Before we got to this rally (RAC Rally), I talked to Colin and I told him that his behaviour in Catalunya was not right. Colin apologised to me for what happened. He was very strong on the RAC again that year. I couldn’t beat him on the stages. I had no chance. But also after that rally I couldn’t stay with the team - it was too difficult.”

However, speaking to Autosport at the WRC’s 50th anniversary season celebrations earlier this year, Sainz went as far to state that the public perception of his relationship with McRae couldn’t have been further from the truth throughout their careers.

"It has been my best time in rallying. After that we became really close friends and would spend the summers together. We spoke a few times about that [what happened in 1995] and we were laughing afterwards" Carlos Sainz

“With Colin we had great battles at Subaru and at Ford and at Citroen," said Sainz of the late
McRae, who died in a helicopter crash in 2007. “He was the driver I spent the most time with in my whole career and people think that we were not very good friends. But actually, he was the closest friend I had in the World Rally Championship.”

Indeed, history would prove this to be the case as Sainz found himself team-mates with McRae for another four seasons, three at Ford and one at Citroen. In their time at Ford, the 1995 Catalunya situation was played in reverse when Sainz checked in late to eventually honour team orders and hand McRae the victory at the 2000 Acropolis Rally.

Feature: The WRC three-peat that crowned McRae the Acropolis master

That win sadly didn't result in another world title for McRae, who would slip to fourth in the championship, finishing three points behind Sainz in the standings, while Peugeot's Marcus Gronholm pipped Subaru driver Richard Burns to the crown. 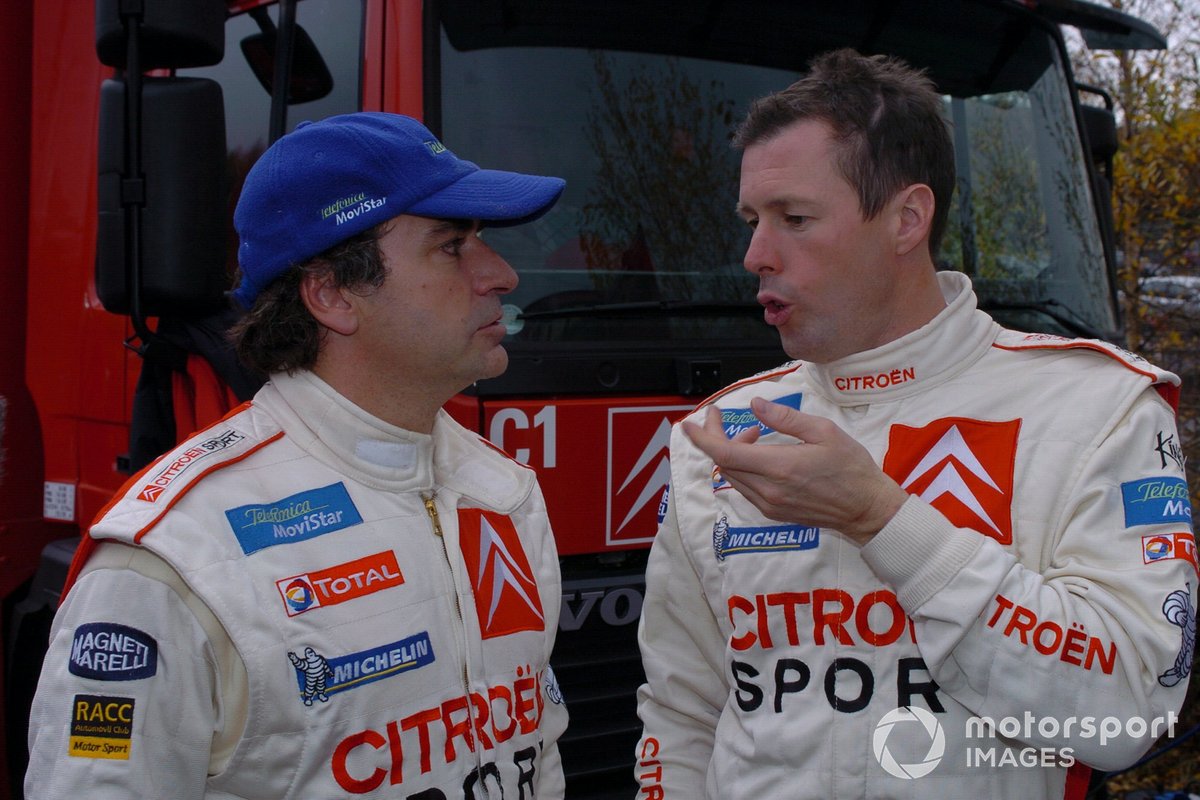 Sainz and McRae were WRC team-mates at Subaru, Ford and Citroen

Neither McRae or Sainz would go on to claim another world championship, but the wins kept coming as the team-mates repaired a relationship, that then transformed into a valuable friendship that flourished at Ford and Citroen.

“It has been my best time in rallying,” Sainz recalled of his relationship with McRae at Ford and Citroen in an interview on the Red Bull Rally YouTube channel. “After that we became really close friends and would spend the summers together. We spoke a few times about that [what happened in 1995] and we were laughing afterwards.”

McRae’s full-time WRC exploits came to an end after 2003 following the loss of his drive at Citroen alongside Sainz, who would exit the WRC as a regular at the end of 2004.

Such was the strength of the reborn relationship, the pair would spend time in each other’s company outside of the WRC. And it was McRae who would end up convincing Sainz to tackle the Dakar Rally, for the first time in 2006, after the former turned his hand to Rally Raid’s jewel in the crown with Nissan in 2004.

“Actually it was thanks to Colin that I decided to do the Dakar as one summer when Citroen decided to keep Sebastien [Loeb] and myself and Colin was sadly without a drive and he was not competing in the championship,” said Sainz.

Sainz has since claimed three Dakar Rally wins and will once again contest the event with for Audi next year. 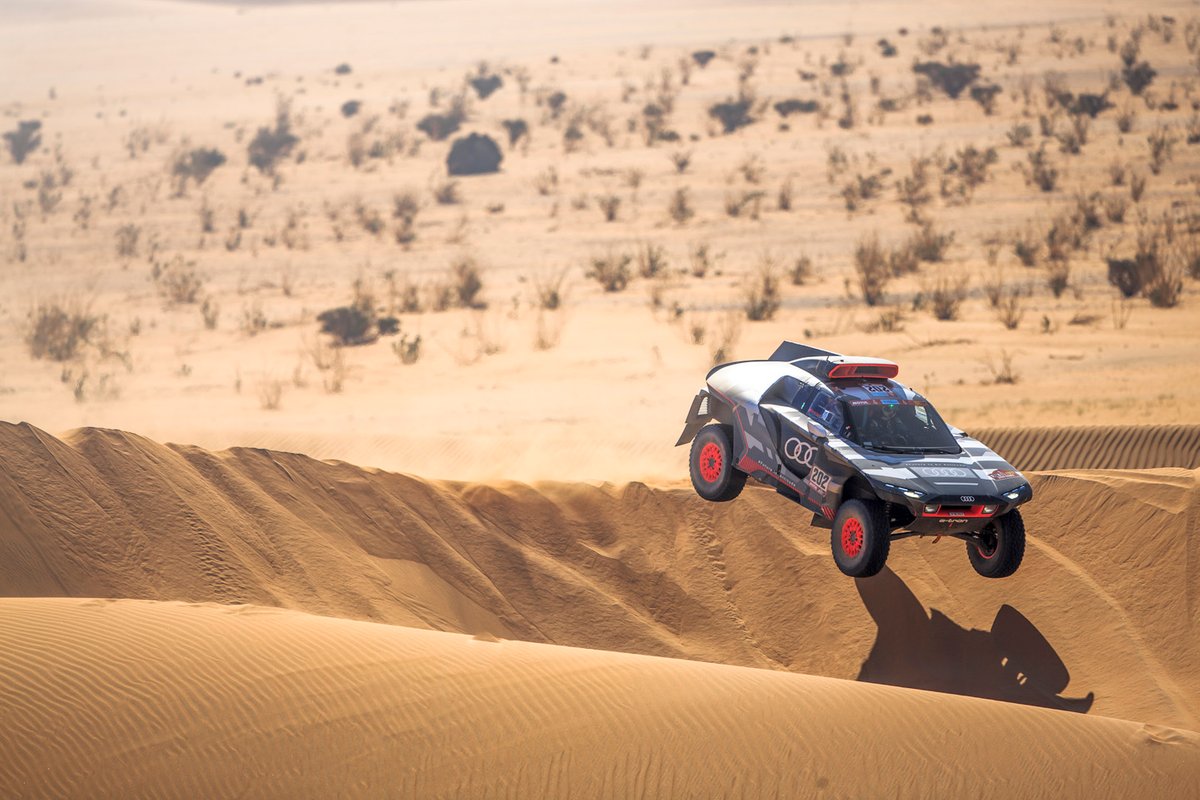